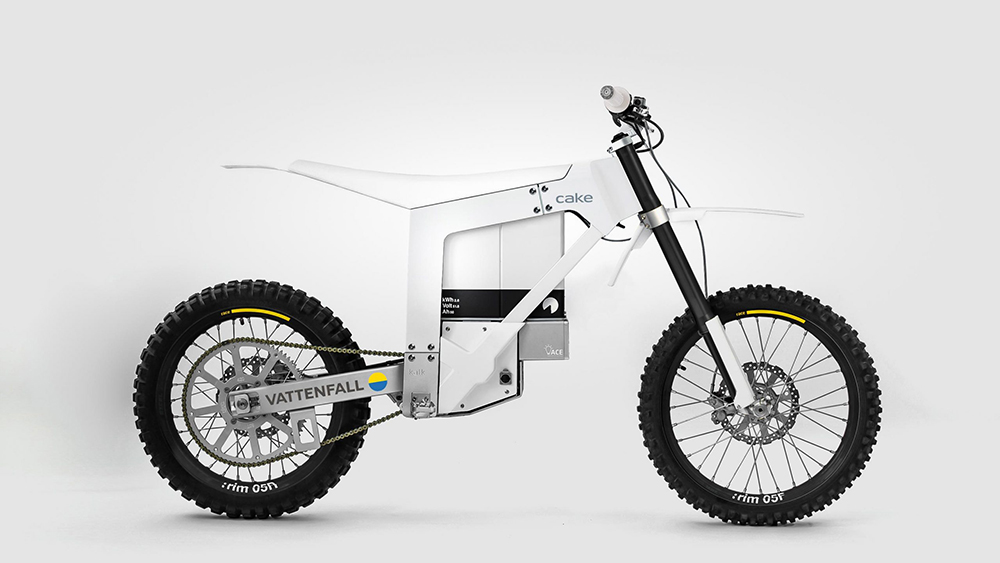 The world is one step closer to a completely fossil-free motorcycle.

Fledgling Swedish outfit Cake has partnered with leading European energy company Vattenfall to build a futuristic new electric motorbike that has absolutely no carbon footprint. And it should be ready for production as soon as 2025.

Like the rest of the e-bikes on the expanding market, Cake’s futuristic two-wheeler will run on batteries and produce zero emissions while cruising. What will set it apart, though, will be the fact that the company will use no fossil fuels throughout the manufacturing process. Instead, tools and machinery will run on clean, renewable energy.

“This collaboration is an excellent example of how we can contribute with fossil-free know-how and supply chain expertise in a specific product that drives towards zero emissions,” Annika Ramsköld, head of corporate sustainability at Vattenfall, said in a statement.

While the Cake did not disclose any details regarding performance specs, the company’s fourth street-legal machine, the Kalk INK SL, is certainly nothing to sneeze at. Release last year, the 169-pound bike can reach a top speed of 56 mph and offers a range of up to 53 miles. The other 10 or so bikes in Cake’s collection generally perform at the same (or lower) level.

Design info was also missing but, at first blush, the fossil-free cruiser appears to exude Cake’s classic Scandi chic aesthetic. It features a sleek minimalist frame in all white that is juxtaposed by beefy black tires. There could be room for a little customization, too. Earlier this year, the motorcycle gurus at Hookie and Co. gave Cake’s humble Ösa a colorful makeover and released a range of different fairings to match the bike. The same sort of aftermarket tweaking will likely be possible with the new bike given the utilitarian and adaptable design.

The project appears to perfectly bring together Cake’s expertise in electric mobility with Vattenfall’s goal of making fossil-free living achievable within one generation. At the very least, it’s a rad bike.