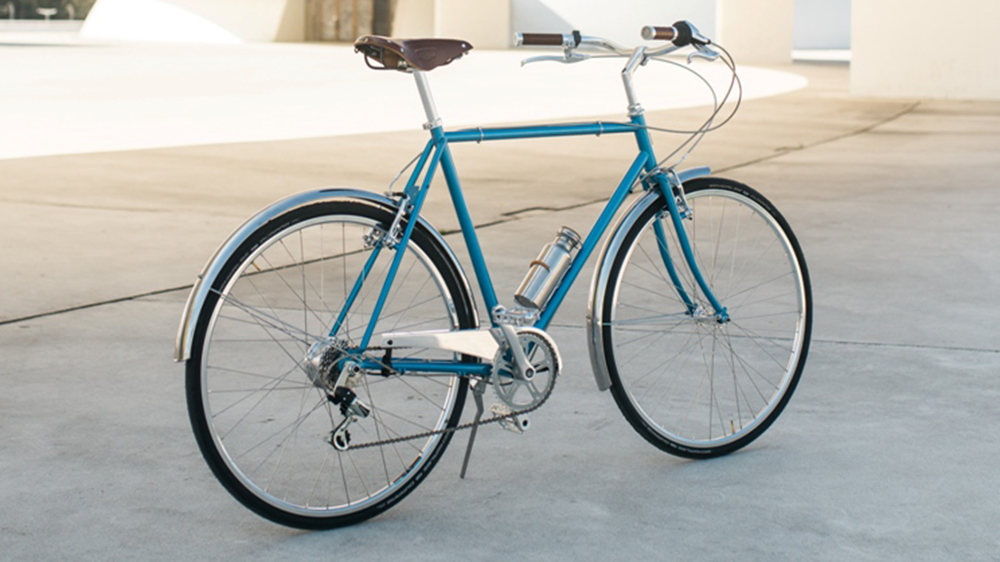 As the electric bicycle market grows, it’s become clear that not everyone wants their ride to be a clunky monstrosity. Because of that the market has seen a recent movement towards sleeker, subtler e-bikes—and Capri’s newest model is a striking entry into this class.

The Italian company’s e-bike is impossible to distinguish from a traditional pedal-powered bicycle. And thanks to a removable battery that looks just like a silver water bottle, no one will ever know you’re getting some help from an electric motor as you tool around town.

The Capri bike looks just like a classic commuter bike from the 1970s, but it’s powered by a rear-hub mounted 250W motor with an intelligent controller. Combined with its removable 6.8Ah battery, the seven-speed is able to reach a pedal-assisted top speed of 15.5 mph with a range of 25 miles. While these are far from the most impressive figures for a bike of its type, they’re downright jaw-dropping when you consider that the bike weighs just 36 lbs. And because its tech is so light, it rides just like a normal bike when the juice is all used up.

While the bike’s like ultra-lightweight electric power-train set-up may grab all the attention, there are plenty of other impressive features like a clean steel frame, front and fear fenders, a metal chainguard, a leather saddle seat and grips. The leather can be swapped out for a vegan option, too.

Capri’s bike comes into to variants: the Metz, which has a top tube frame, and the Azur, which has a retro-style mixte frame. It’s also available in five colors, all of which harken back to popular automotive finishes from the ‘70s: Pacific Blue, Jungle Green, Meltin Silver, Space Blue and Black.

The e-bikes are part of an ongoing IndieGoGo campaign that’s already reached—and surpassed—its original funding goal. But if you want to make sure you get your hands on one, the Metz is available for the early bird discount of $1,219 (regular price is $2,103) and the Azur for $1,419 ($2,437). Both bikes are expected to ship in April of next year.