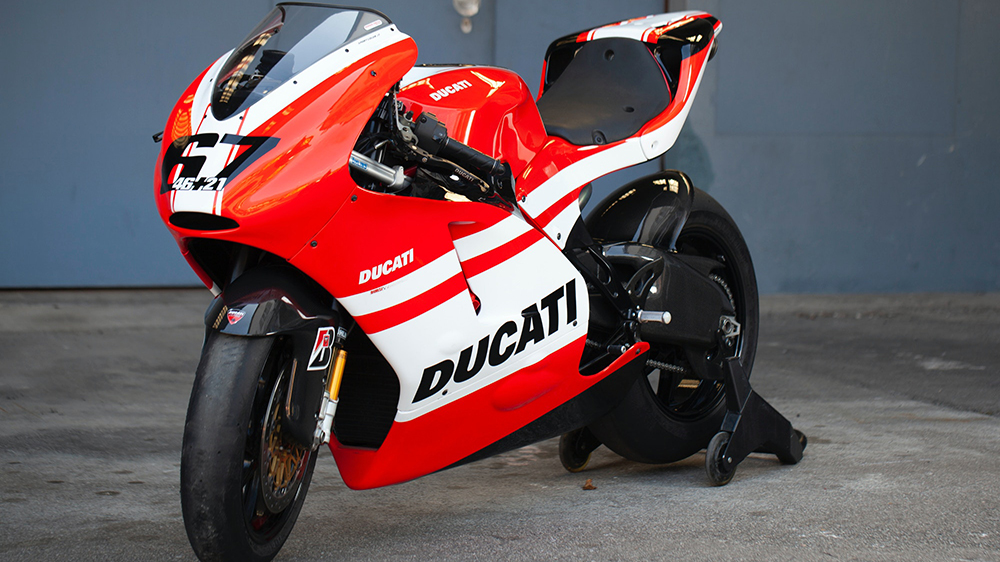 Does your auto collection have a motorcycle-shaped hole in it? CollectingCars.com wants to help fill.

When it initially launched in 2019, CollectingCars.com sold one thing and one thing only—cars. The company has branched out into motorcycles and automobilia in the preceding years, but its latest sales event is its biggest move to diversify its offering yet. And, just as it does for its classic vehicles and supercars sales, the selection has been carefully curated so that it consists of some of the most interesting and coveted two-wheelers from around the world.

The highlight of the first crop of “Superbike Sunday” motorcycles is almost certainly the 2008 Ducati Desmosedici RR. The Rosso Bianco Moto-GT-inspired sport bike is number 267 of 1,500 produced and has less than 3,500 miles on its 197 hp 989cc V4 engine. If your tastes run towards the classic, there’s a rare 1988 Honda VFR-750R RC30 WSBK homologation special finished in blue, white and red that was owned by marque specialist Rick Oliver. Also on offer is a barely touched 2019 Triumph Rocket III TFC custom built by specialist Thornton Hundred that looks like something the Terminator would have ridden. You’l also find top-notch bikes from BMW, KTM and Suzuki.

“We have already sold more than 200 bikes on Collecting Cars, but our first ‘Superbike Sunday’ auction event really highlights the breadth and depth of our global expertise,” the platform’s founder Edward Lovett said in a statement. “There are some incredibly rare and low-mileage machines that will no doubt be fought over by enthusiasts around the world. ’Superbike Sunday’ will offer an incredible selection of remarkable street, road and track bikes from the world’s preeminent motorcycle manufacturers.”

The online-only sale will run from this Sunday, April 17, until the next, April 24.