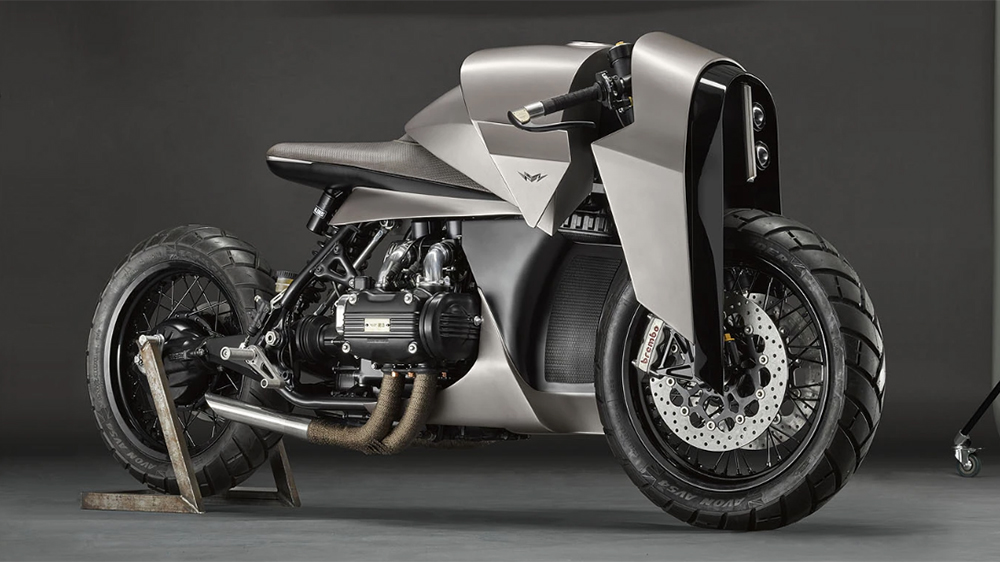 Death Machines of London’s most recent custom motorcycle may take its visual cues from the 16th century, but you’d be forgive for thinking it is a creation from the future. Inspired by ancient samurai armor, the shop’s latest bike, the Kenzo, looks more like it belongs in the new Terminator flick.

Based on an old 1977 Honda Gold Wing GL1000, the bike—which is named after Kenzo Tada, the first Asian competitor at the Isle of Man Tourist Trophy motorcycle race back in 1930—is one of the coolest custom rides we’ve seen this year. Even more impressive (and decidedly future-forward): much of it was made with a 3-D printer.

Described by Death Machines of London as its “most radical machine to date,” the bike is meant to resemble the overlapping armor worn by samurai warriors, in particular revered general Honda Tadakatsu, who legend has it single-handedly defeated 50 enemies in 1570. But in order to make the bike’s body look like 450-year-old armor, the custom shop had to utilize both traditional metalwork and 3-D printing to create an overlapping, shell-like section that is also home to the bike’s fully rebuilt and refreshed 1000cc flat four engine. 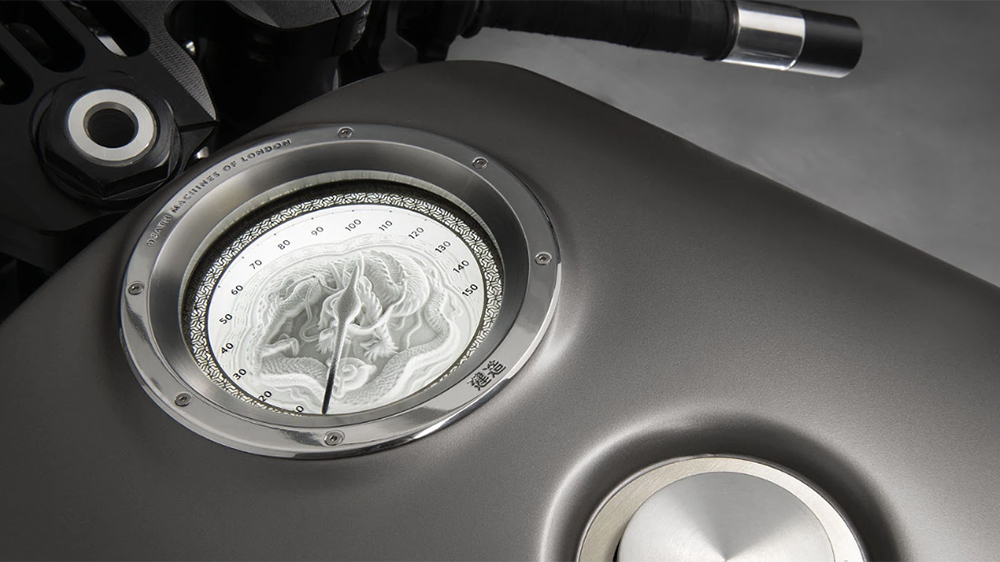 Kenzo’s stunning dragon speedometer might be the crown jewel of the bike.  Death Machines of London

Other warrior-inspired design touches include a custom 3-D-printed grille, handlebars wrapped using wrapped in the traditional Tsukamaki sword wrapping technique, a mirror-polished black “blade” which surrounds the front light cluster and a hand-sewn leather seat. The bike’s one-of-a-kind speedometer is also worth your attention, as it features a radially illuminated, translucent dragon cast from an 18th-century Japanese jewel box. And to top it all off, the bike is finished in Titanium Samurai paint color with matte black detailing and “Kenzo” is inscribed in the head case in Japanese.

A one-off custom job, the Kenzo is actually going to be up for grabs soon. Hypebeast reports the bike will soon be available for $75,000. Check out more photos of the bike below: 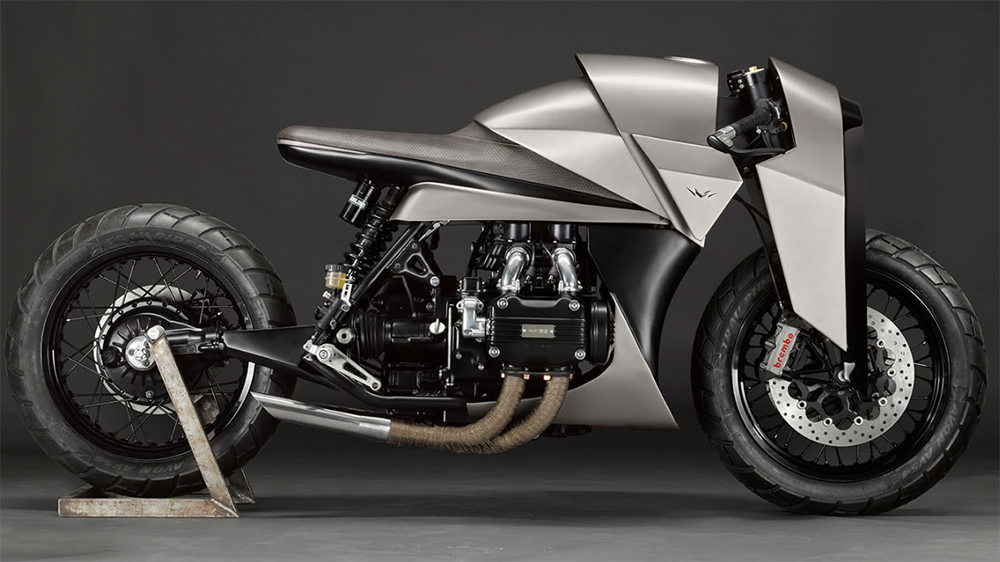 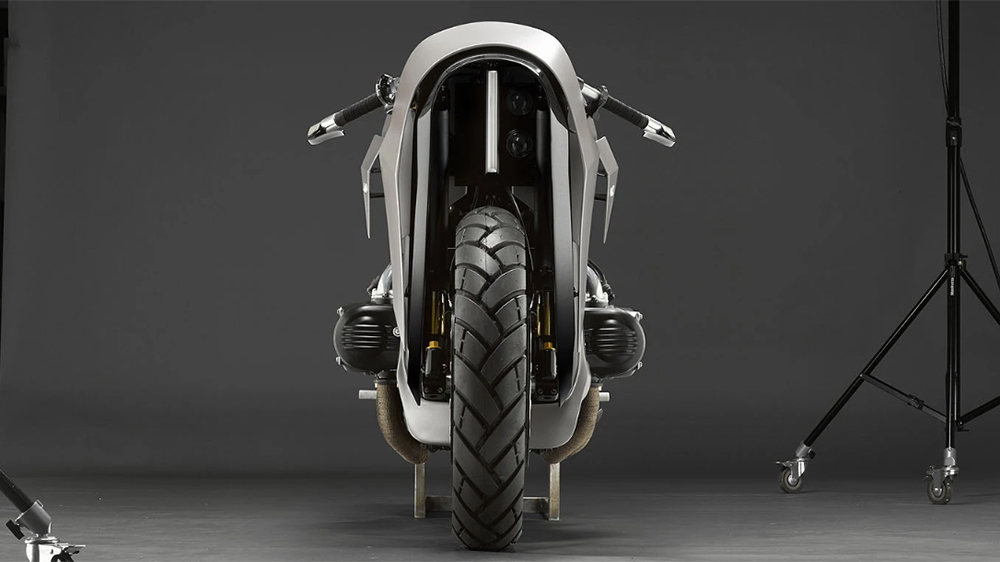 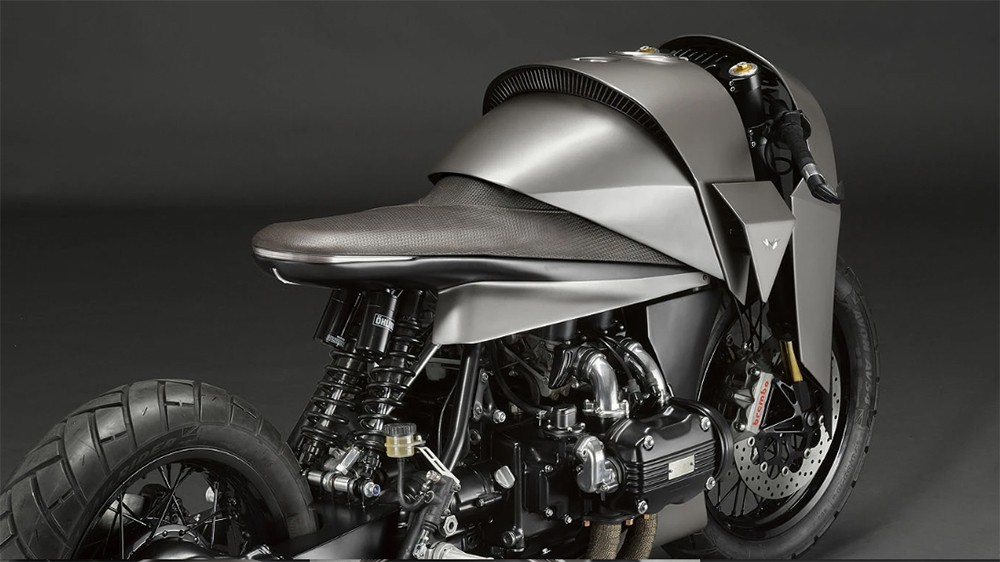 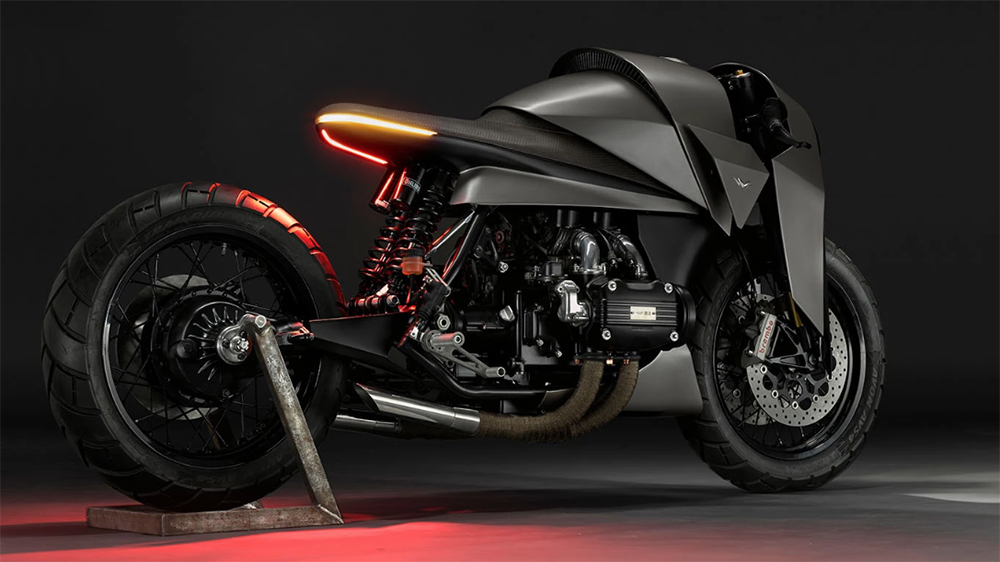 Robb Recommends: This Helmet-Mounted Device Lets You Talk to Your Riding Buddy While on the Road

Honda 15 of the Most Extreme Motorcycles on the Planet