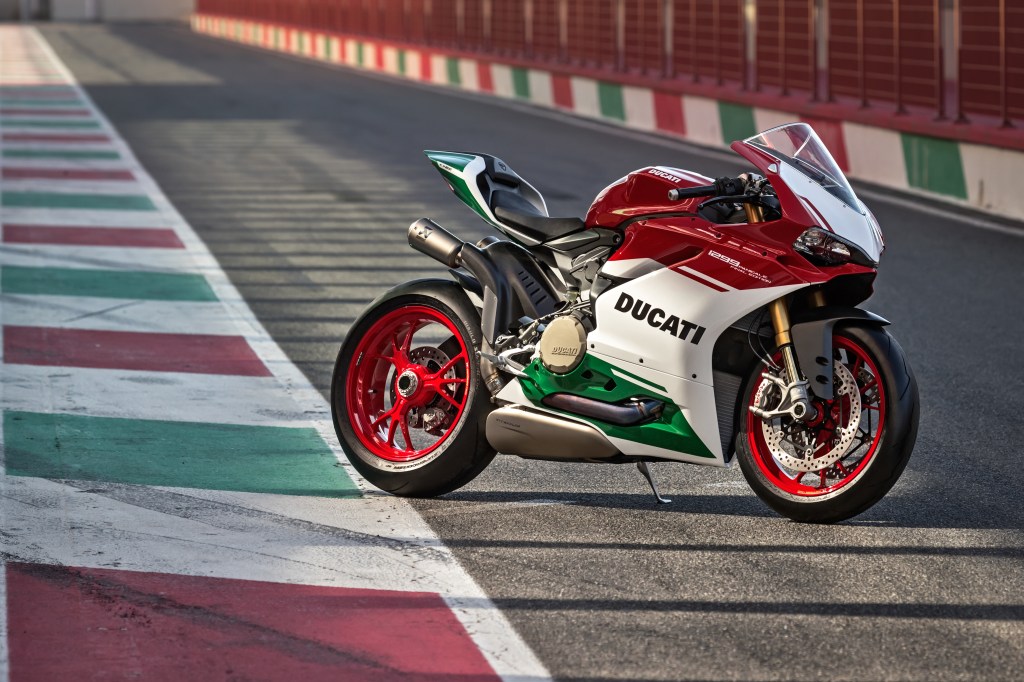 If the words “World Superbike” and “Ducati” are used in the same sentence, chances are, “twin-cylinder” is right there with them. For the last 29 years, Ducati and its compact, torque-rich engine have thrived in the Superbike World Championship series, claiming 333 races, 17 Constructors’ titles, and 14 Rider’s titles since 1988. Next season, the Italian sport bike manufacturer will put its prized power train to rest, transitioning to a MotoGP-derived V4 engine for motorsports and road-going applications.

In honor of its twin-cylinder’s tenure, Ducati has revealed the 1299 Panigale R Final Edition—the last of its kind. Introduced ahead of round eight of the Superbike World Championship at Northern California’s Mazda Raceway Laguna Seca, the Final Edition shares its tricolor livery and genetic code with the Panigale R racing model.

Based on the 1299 Superleggera engine, the Final Edition V-twin develops 209 horsepower at 11,000 rpm and 104.7 ft lbs of torque at 9,000 rpm. A compact monocoque chassis from Ducati Corse limits the Final Edition’s dry weight to just 370.4 pounds. Rounding out the race-bred hardware is an Öhlins mechanical suspension and titanium Akrapovič exhaust that complies with Euro-4 emissions standards.

With all the markings of a future classic, including individual number plating, the Ducati 1299 Panigale R Final Edition will no doubt become a collector favorite when it arrives at dealerships in August. After all, $40,000 is a small price to pay for the apex of twin-cylinder engineering.