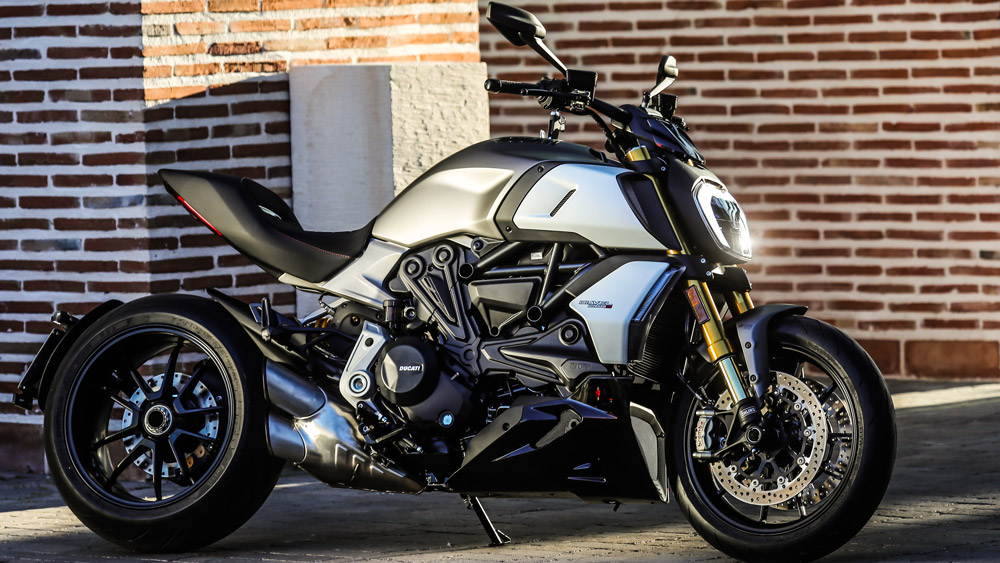 The Ducati Diavel 1260’s love affair with international accolades has continued, with the new decade bringing with it new praise—the Good Design Award. The Good Design Awards are assigned collectively by the Chicago Athenaeum Museum of Architecture and Design and the European Centre for Architecture Art Design and Urban Studies, with the aim of creating awareness of contemporary designs and products, and honoring industry leaders who are pushing the boundaries of their chosen field.

It could be argued that Ducati does this with almost all of its motorcycles, but the Diavel 1260 S is a special case even by the company’s standards. This is because the Diavel, styled by Andrea Ferraresi and his team at the Ducati Centro Stile department in Bologna, Italy, is a motorcycle contradiction—superbike power, technology and performance, mated to a low-slung, cruiser-style chassis with a monstrous 240-section rear tire. These attributes don’t normally fuse together with much success, but Ducati has had a decade to make the concoction work, with the Diavel first appearing at the EICMA Show in Milan in 2010.

The Diavel thus relies on design flair in a much greater fashion than something like the Ducati Panigale V4 S, a machine whose primary purpose for creation is to beat track lap records.

“The design of the Diavel 1260 takes the best of iconic motorcycle designs, including the naked sport bike, the cruiser and Ducati sport motorcycle,” says Jason Chinnock, CEO of Ducati North America. “This blend allows us to create something fresh and distinctive which becomes a design statement in itself.”

The 2019 model year saw the first full redesign of the Diavel since that 2010 inception. It had gone through a couple of updates in the proceeding decade, including the arrival of the Gen 2 twin-spark motor in 2015, but the basic design of the machine remained relatively unchanged until Ferraresi and his team sank their teeth into the machine which swept the Good Design Awards.

“The Diavel 1260 has the mass of the design weighted toward the front,” explains Chinnock, “and the stance mirrors that of a runner crouched, ready to launch. The oversize air intakes emulate that of a 70’s muscle car, and the rear of the motorcycle has a sharp tail held down by the meat of the 240-section rear tire. Even with these elements of design, the engine remains king—its view is unobstructed.”

This most recent accolade heads to the Diavel’s trophy cabinet alongside the prestigious Red Dot: Best of the Best Award of 2019, and more recently, the “Import Bike of The Year” at the Autocar Awards in India.