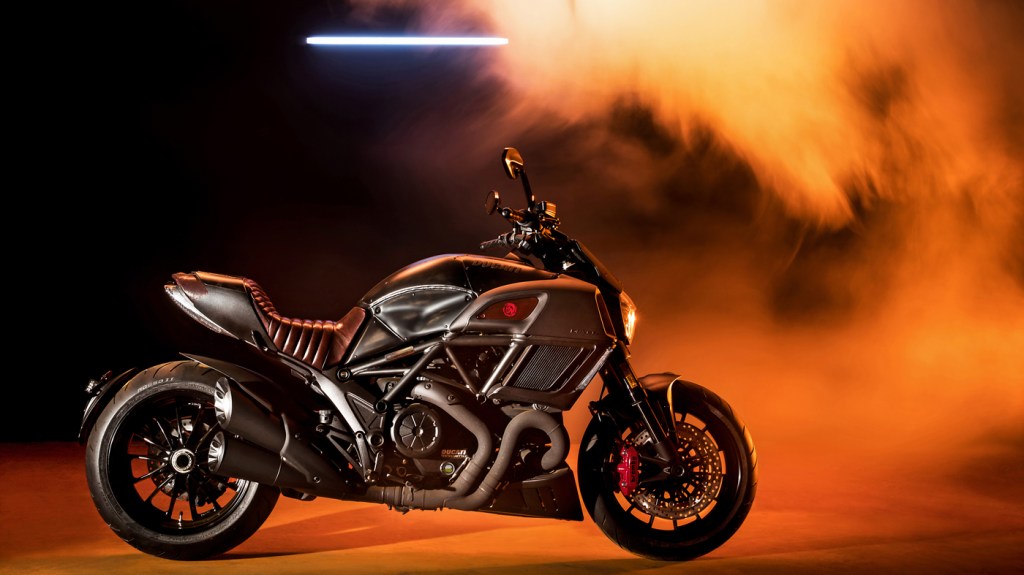 With its distinctively dystopian aesthetic, the Ducati Diavel Diesel is a bike Mad Max would mount. Development for the motorcycle, a variant of the Diavel model that debuted in 2010, was fueled by a partnership between two Italian powerhouses, the Ducati Design Center and Andrea Rosso, creative director of the clothing company Diesel.

The limited-edition looker features a superstructure and tank cover crafted from hand-brushed stainless steel. The Diavel Diesel’s core comprises Ducati’s 162 hp Testastretta 11-degree DS engine paired with a 6-speed constant-mesh transmission. The powerplant produces up to 96.3 ft lbs of torque and allows for a top speed of 169 mph. To help handle the output, Ducati has integrated its safety package that comprises an anti-lock braking system and traction control. In addition, a Riding Mode feature three setting selections that tailor handling to conditions ranging from stop-and-go traffic to easy touring to more performance-friendly situations.

But what really makes this cruiser an instant classic is its raw visual impact, which is delivered through the prominent display of welds and rivets that are juxtaposed with the custom leather seat. Other attention-arresting elements include the lateral air intake covers, Brembo front brake calipers, and the LCD dash—all arrayed in red. The color has also been splashed on five select chain links as added accent. In contrast, the exhaust system’s ceramic-coated pipes, as well as silencers, are bedecked in black. Exclusive detailing also includes a badge that bares both company logos and the admonition “Never Look Back.”

To commemorate the machine, Diesel has released a capsule collection that pays homage to Ducati and consists of two styles of jeans, a leather jacket, and two shirt offerings that reflect the brands. Both the clothing and the cruiser hit the market back in April.