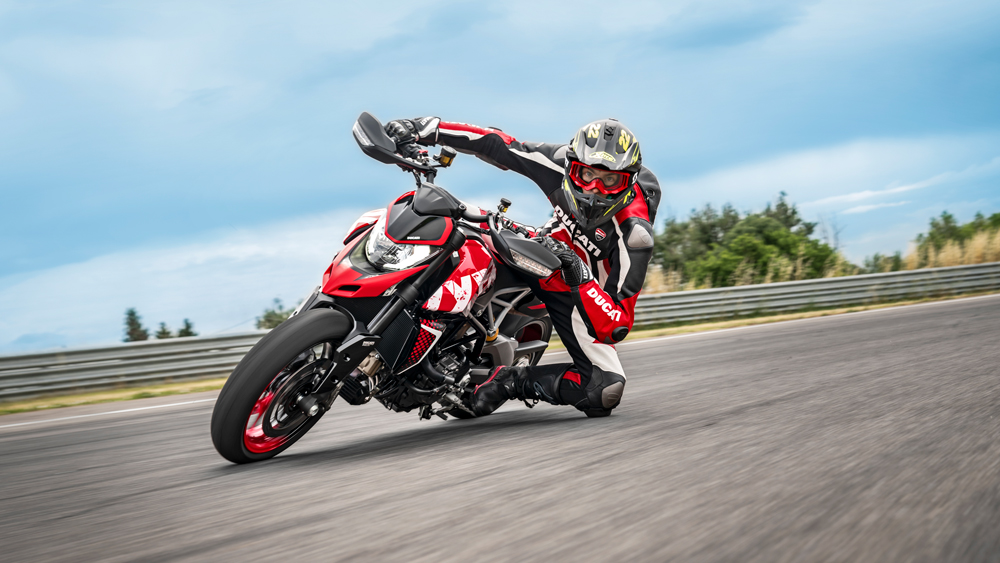 Ducati’s Hypermotard could never be accused of shying away from the spotlight. The Italian manufacturer’s bratty street bike, part of the company’s lineup since 2007 with the original 1100, has always fed our anti-establishment alter-ego. It’s the most uncivilized bike Ducati offers for sale. And despite the fact that it’s getting a facelift this year in the form of the Hypermotard 950 RVE edition, thankfully, the attitude remains unaltered.

Priced at $14,195 and limited to just 100 examples for the North American market, the Hypermotard 950 RVE is based off the Hypermotard 950, carrying a 937 cc Testastretta L-twin that’s good for 114 hp—at 9,000 rpm—and 71 ft lbs of torque at 7,250 rpm. Where the RVE differs to the base model, however, is the stunning “graffiti” paint scheme that was first debuted on the Hypermotard 950 Concept at the 2019 Concorso d’Eleganza Villa d’Este on the shores of Lake Como, Italy.

The model is limited to 100 examples for the North American market.  Photo: Courtesy of Ducati Motor Holding S.p.A.

Ducati says layering the graphics is an extremely long and intense process, one that gives a result similar to airbrushing. Along with the new graphics and dual-color wheel design—a rarity these days in production motorcycle aesthetics—the bike is graced with the same up-and-down Ducati Quick Shift EVO system from the up-spec Hypermotard 950 SP, along with Bosch Cornering ABS with its Slide by Brake function. The latter essentially allows you to steer the back wheel under hard braking at the beginning of a corner, supermoto-style. You’ll also get Ducati Traction Control, Daytime Running Lights, variable power modes and Ducati Wheelie Control EVO, the last of which is an absolute necessity on a motorcycle weighing just 392 pounds and with wheelbase of just 58.8 inches.

If you’re able to get your order in now, you’ll be in the first allotment of buyers who will get their bikes in July. If not, just know that the Ducati Hypermotard RVE will only be on sale until the first quarter of 2021.