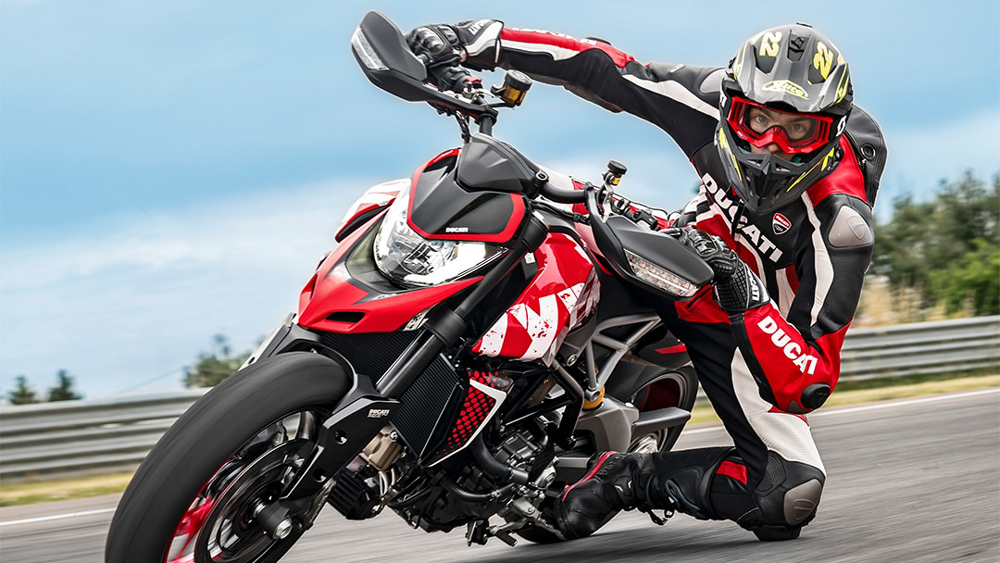 When Pierre Terblanche, the great South African designer, penned the initial Ducati Hypermotard in 2005, it’s unlikely that he could have anticipated the impact it would have on modern motorcycling. The Hypermotard has melded supermoto culture and sportbike speed better than any other, and over time has become the hooligan’s bike of choice to really stand out from the crowd.

Originally an 1100, the Hypermotard has spawned 796, 821, 939 and now 950 nomenclatures—it’s almost as if Ducati started at the top of the capacity chart, went back to the bottom and worked its way steadily back up. That last fact is even more appropriate given the Hypermotard’s latest addition to the family, the $15,695 Hypermotard 950 RVE. Limited to a mere 100 units across North America, and available only for presold orders, the RVE sits in the middle of the Hypermotard lineup in terms of performance, between the base-model 950 and the chart-topping 950 SP we tested last year.

Our time with the SP offered some of the most grin-inducing moments we had on a motorcycle in 2021. The SP wowed us with its incredible cornering agility, thanks to the forged Marchesini aluminum wheels and Öhlins suspension. And the 937 cc Testastretta L-twin’s 114 hp and 71 ft lbs of torque proved the perfect level of output to go with such a snappy, quick-steering chassis.

The Hypermotard RVE runs the same motor as the base and SP models, and carries the same 45 mm fully adjustable Marzocchi fork and monoshock as the former. The RVE is also identical to its siblings when it comes to the suite of electronics, including Ducati Traction Control (DTC), Ducati Wheelie Control (DWC), Bosch Cornering ABS and the Ducati Quick Shift EVO (DQS) system for clutch-less shifts. Unfortunately, the RVE does not roll on forged Marchesinis. Sorry.

The RVE sits in the middle of the Hypermotard lineup in terms of performance, between the base-model 950 and the chart-topping 950 SP.  Ducati Motor Holding S.p.A.

Where the RVE really differs, however, is in its aesthetic. The variant wears livery called “Graffiti,” which accentuates its already edgy vibe. But more is involved in making the bike stand out than just slapping on some new stickers. The look comprises a stacked livery whereby the designers have used multiple thin decals layered on top of each other—a laborious process when compared to the regular screening decals used on the base model and 950 SP.

However, the RVE is not entirely new. It was initially unveiled as a concept at the 2019 Concorso d’Eleganza Villa d’Este classic automobile and motorcycle show, held along the shores of Lake Como in Northern Italy, where it won the category “Concept Bikes: New Design and Prototypes by Manufacturers and Independents.”

The bike’s “Graffiti” livery comprises multiple thin decals that are laboriously layered on top of each other.  Ducati Motor Holding S.p.A.

Although the intervening Covid years saw the production version go on sale in Europe, it didn’t make it stateside. That’s all changed with Ducati’s recent announcement that the Hypermotard 950 RVE will be available in the US—albeit for likely a very short time—starting in late May.