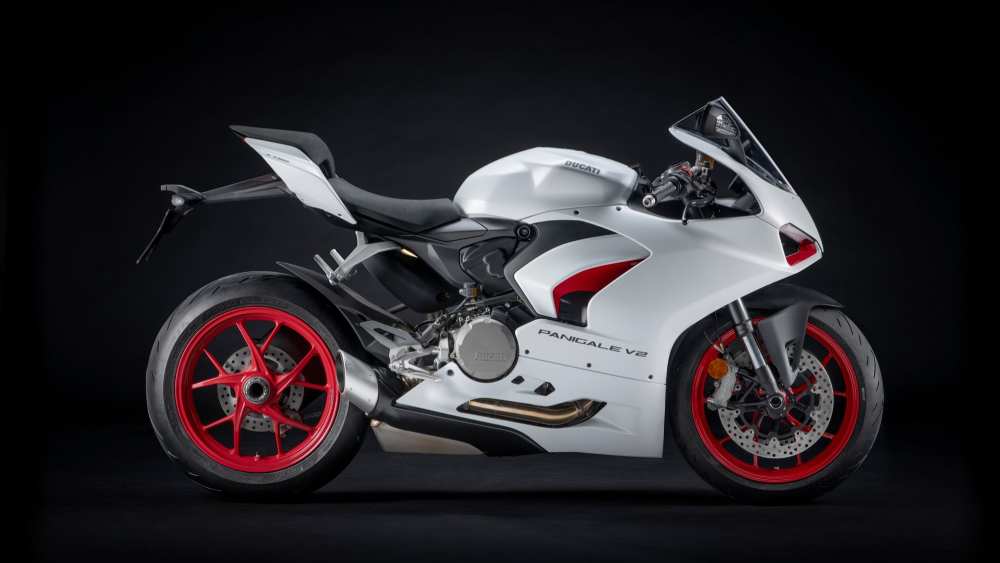 Ducati has been manufacturing superb mid-weight sportbikes since the 1990s but proved last year that it isn’t satisfied to rest on its laurels with the introduction of the new Panigale V2. And that recent model has just gotten a stylish update all its own.

Launching next month, the Panigale will have the option of a White Russo livery with a Star White Silk exterior. That snowy shade contrasts beautifully with the shots of signature Ducati red on the rims, front air intakes and the air deflectors of the upper half-fairings. But the revamp doesn’t stop at such a superficial level.

This being Ducati, performance will always take center stage. This rather stylish shell fits over a Superquadro twin-cylinder engine, which produces 155 hp and 76 ft lbs of torque. It also has a refined, comprehensive electronics package due to the use of the brand’s Inertial Platform with vehicle dynamic controls for increased safety.

The White Russo livery gives the bike an even sharper look.  Courtesy of Ducati

The seat has likewise been improved for comfort, an effort supported by a renewed and fully adjustable suspension system to make every ride that much more enjoyable. That well-conceived unit consists of Showa Big Piston Forks, a Sachs shock absorber and Pirelli Diablo Rosso Corsa II tires so you can take it for a spin on the track or on the road with equal assuredness.

Named after the city of Borgo Panigale in Northern Italy, the Panigale V2 replaced Ducati’s outgoing 959. The majority of the body in the V2 remains the same or extremely similar to its predecessor––the headstock, the majority of the trellis rear subframe and even the fuel tank––and any subtle alterations were specifically designed to enhance performance. Chiefly, the alterations managed to squeeze out an extra five horsepower from the old model. They also resulted in it meeting Euro-5 emissions standards for the first time.

Take the opportunity to claim one as your own once it becomes available at the beginning of August. See more photos of the bike below: