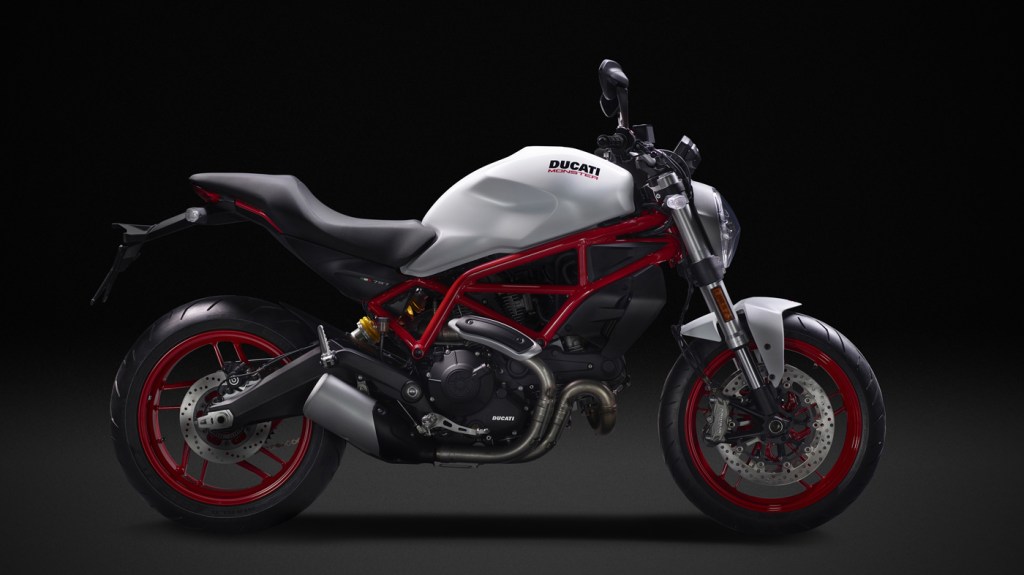 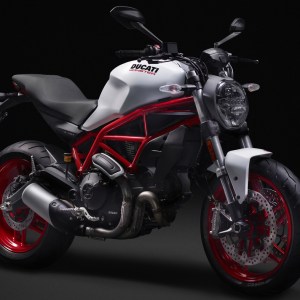 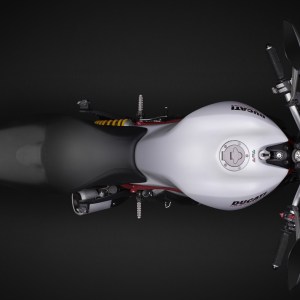 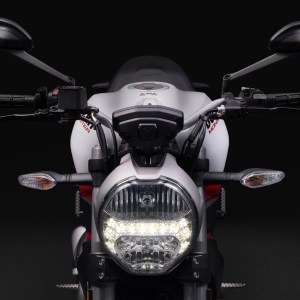 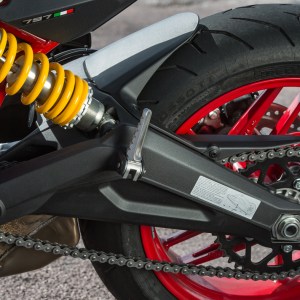 Monsters are vile, vicious creatures that inhabit our overactive imaginations, theaters, and old-world texts—mythic beasts scurrying away with fair maidens from atop bell towers. They are our nightmares made real. However, the word “monster” actually comes from the Latin word monere, which means “to teach,” and is the basis for the modern English word “demonstrate.” It’s this etymological pathway that perfectly connects the character of Ducati’s Monster 797 with its namesake.

Ducati introduced the Monster in 1992 and little has changed since its debut. The Monster’s DNA through the past two decades is rooted in its exposed trellis frame, L-twin engine, and lack of fairings, making it a great everyday motorcycle. The newest model, the Monster 797 doesn’t stray from that heritage, but it makes a case for why the Monster remains the best instructional motorcycles—in terms of maintenance and ride experience—on the market. 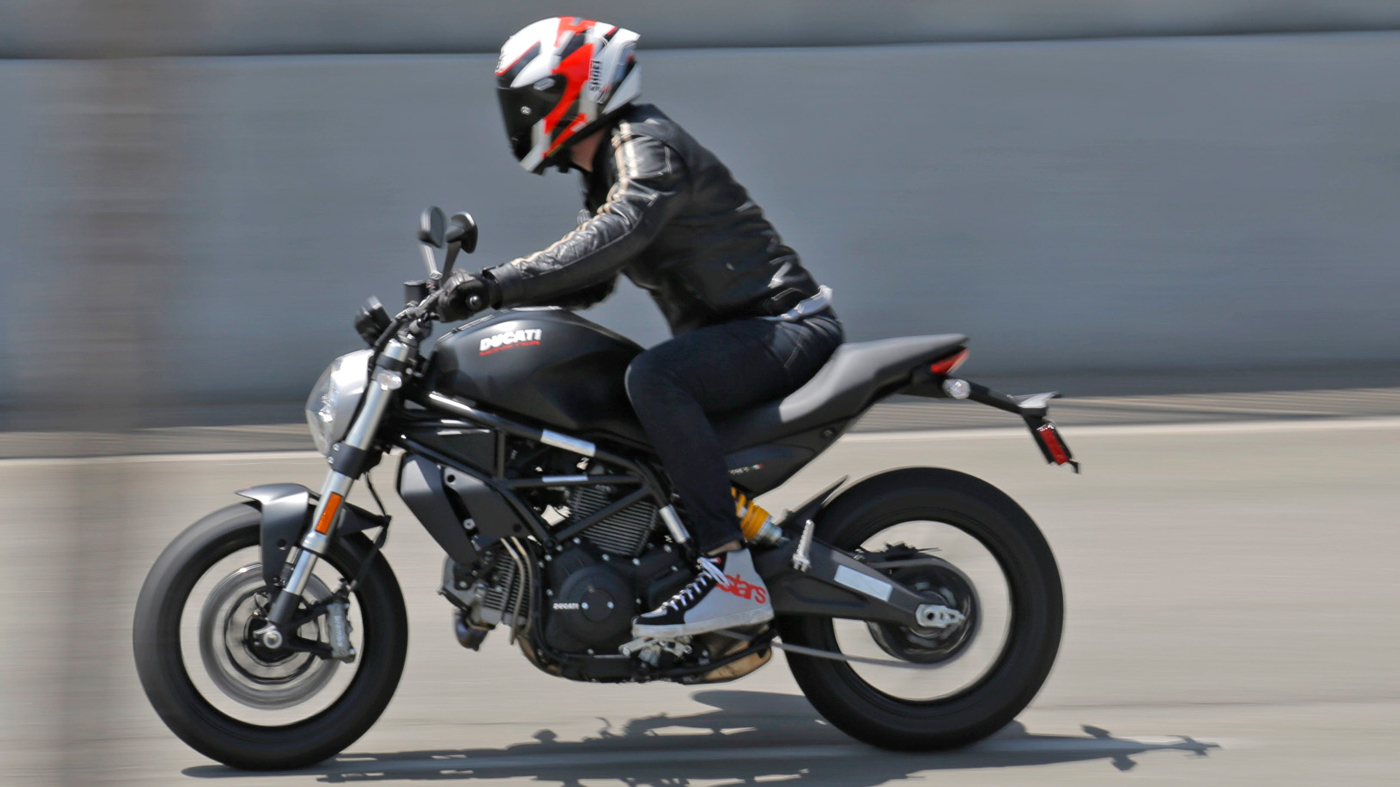 The author taming the Ducati Monster 797.  Photo by Manuel Carrillo.

No matter what the riding situation, the Monster 797 excels. The bike’s small footprint (measuring just 82.64 inches long), weight of only 425 pounds, and 75 hp engine with 50.8 ft lbs of torque make the Ducati easily maneuverable in every environ and for every skill level. Whether splitting lanes on California freeways, rolling through heavily congested city streets, cruising along the countryside, or slicing through serpentine canyons with scalpel-like sharpness and precision, this monster manages to excel everywhere.

Power is delivered smoothly from the cable-controlled throttle, and while it doesn’t have the manic, wheelie-inducing supremacy of its big brother, the 1200 R, it has plenty of pickup and can still be coaxed into lifting the front tire off the ground. Brakes are handled by an excellent set of Brembo-sourced rotors and calipers with ABS. Twin rotors handle stopping the front wheel with four-piston calipers on each side, while the rear wheel gets a rotor and single-piston caliper, all of which enhance the bike’s safety and handling. 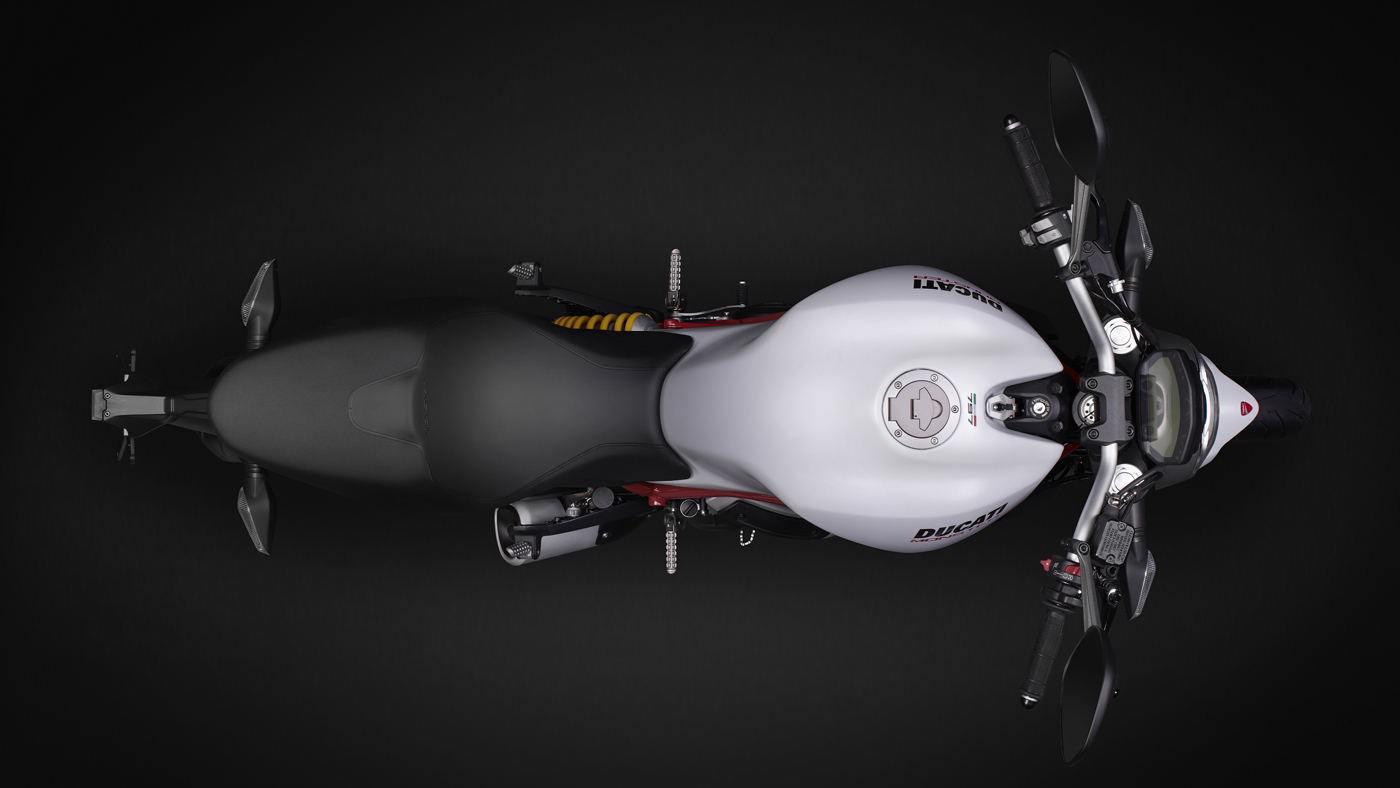 With the Monster 797, Ducati delivers its exclusive form and function in a more approachable package for beginners.  Photo: Courtesy Ducati.

The LCD gauge cluster is easily readable in both bright sunlight and at night, with trip and odometer functionalities easily reached while riding. For those looking to wrench on their own motorcycle, the Ducati’s basic architecture and the motorcycle’s exposed and accessible mechanicals make the Monster 797 a do-it-yourselfers best friend. Because of the backing of Volkswagen, Ducati’s parent company, however, you probably won’t need to dig into the motorcycle’s maintenance for quite some time as the level of reliability has been further refined.

Whether you’re a weekend warrior, a track-day animal, or an everyday commuter, you would be hard-pressed to pick a more versatile two-wheeler. And the Monster 797 comes with a starting price tag that’s also far from scary—just $9,295.