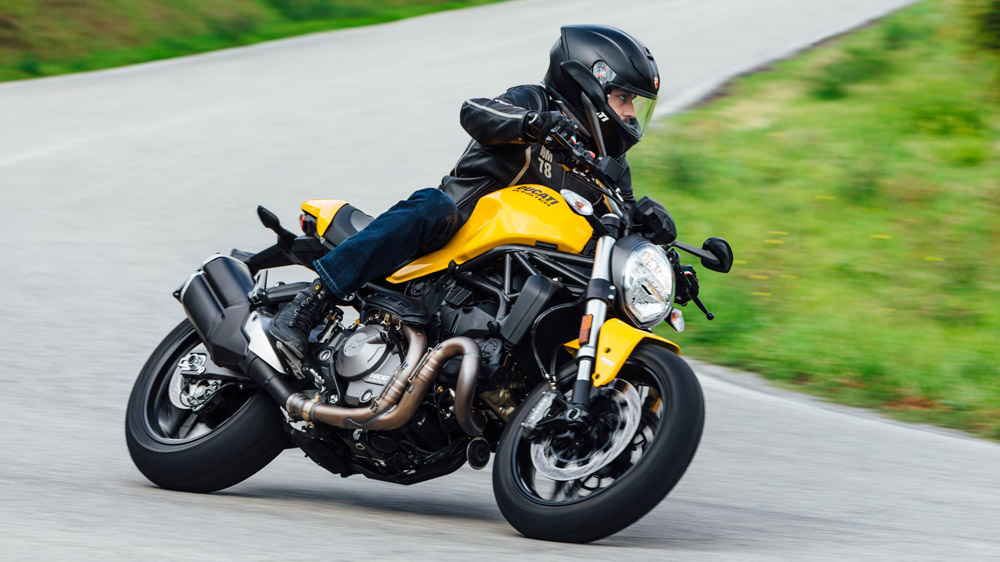 Arriving in Borrego Springs two days before the Perseid meteor shower is like showing up midweek for the Super Bowl. Yes, you can look at the stadium, walk around it, and talk to the staff getting off work. But you’re going home before the big game.

At least I’d shown up at this stargazing mecca in style on a 2018 Ducati Monster 821, the most recent Monster model. Borrego Springs, in northeastern San Diego County, was one of the darkest places in North America until this screaming-yellow bike rolled up. In 2009, Borrego Springs had been certified as the world’s second International Dark Sky community—a natural destination for stargazers.

Aboard the Monster 821, I found the 115-mile trip from my Palm Springs home a delight—even after first broiling in the Coachella Valley (98 degrees at 7 am) and climbing to Pines Highway. After this, the pleasant route through Anza Valley stayed above 3,000 feet, and the air was fresh.

It’s easy to see why the Monster—now celebrating its 25th anniversary—has been such a success. The forward riding position is comfy, the 821-cubic-centimeter V-twin engine runs smooth and issues a zesty bellow, and the Monster handles like a Naples love match. With 109 hp on tap and plenty of electronic engine and chassis controls, the 821 seems reasonable at $11,995.

After checking into the Palm Canyon Hotel, which is done up all Western-style, I entered a map shop and saw the notice to expect the Perseid in 48 hours. Unable to stay that long, I wished I’d been less random about setting travel dates.

The wind kicked up in the late afternoon but faded as soon as the sun dropped behind San Ysidro Mountain. When the sidereal display appeared, I opened my stargazing app.

There was no need for the app to identify Mars, though—hanging as it was, low in the southwestern sky like a celestial orange Skittle. And Venus behaved outrageously behind Indianhead Peak. Between them, dependable as a Toyota, Arcturus blazed. This brightest star in our celestial north looked closer than 37 light-years. But, after all, its radius is nearly 11 million miles. In our solar system, the orange giant’s radius would stretch one-third of the way from earth to Mars. Our poor sun’s radius is a mere 432,300 miles.

The Milky Way Galaxy as seen from the Anza-Borrego Desert.  Photo by Xiu Yu Photography/Shutterstock.

The best part of the evening was pointing out the above-named objects to a seven-year-old girl whose grandfather thought the red LED indicator on a rooftop antenna was Mars.

The Monster 821 cranked over early the next morning, and I rode east on S-22. In these parched badlands, the road is called the Borrego-Salton Seaway—awfully grand for the topsy-turvy, sporadic tarmac. Turning north at Salton City, which lies 87 feet below sea level, I got home in two hours, having beaten the heat and proved the bike is perfect for a 210-mile run—even when the stars aren’t aligned.