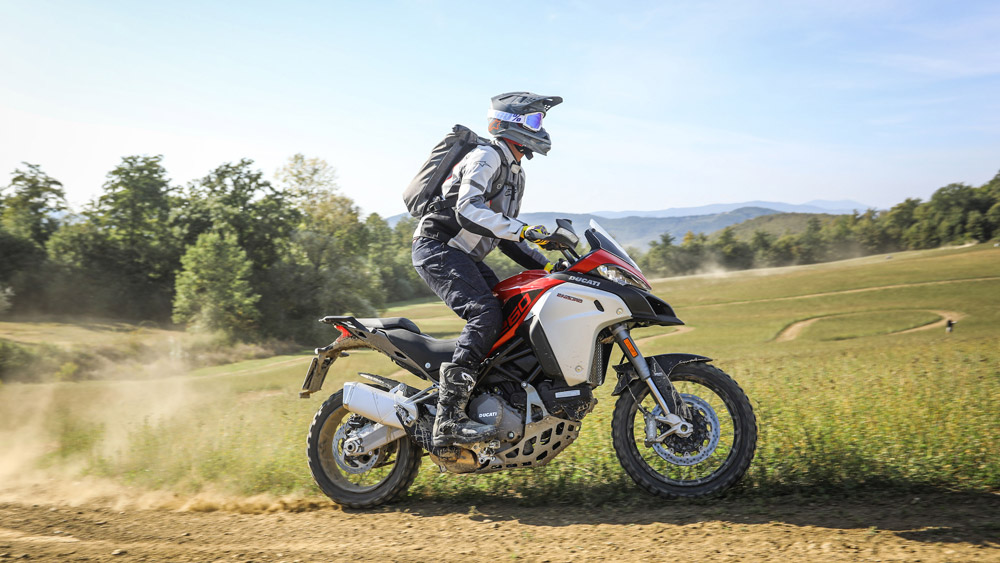 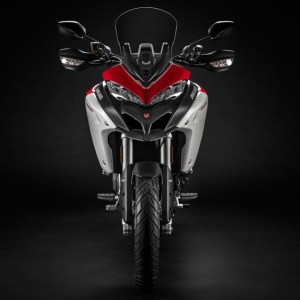 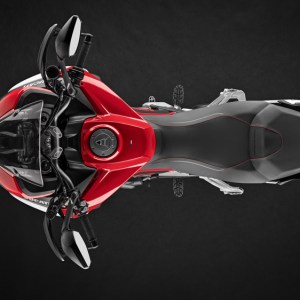 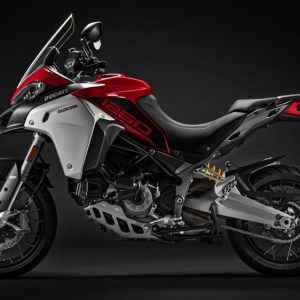 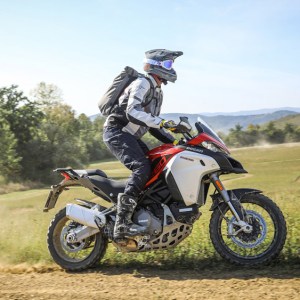 When the tarmac ends and the road seemingly teleports you back in time to 1885—complete with stones, mud, and a variety of other natural obstacles, there is only one two-wheeled machine for the job. Enter the world of an adventure class motorcycle.

While BMW and KTM have solidified themselves at the top of this segment for years, it has not stopped other brands from entering the market. Ducati is no stranger to performance and design and announced their first Adventure focused motorcycle in 2016 with the Multistrada 1200 Enduro.

The Italian bike-builder has now upgraded the outgoing Multistrada 1200 Enduro with the new king of the hill—the Multistrada 1260 Enduro. This adventure bike features a notable increase in power output, new ergonomics, and a bevy of rider-focused technology to keep you safe no matter what continent you are traversing. I recently flew to Tuscany, Italy, to put the new Multistrada 1260 Enduro through its paces both on and off-road.

On the road, the Multistrada has always been a fun and highly capable motorcycle. It’s in Ducati’s DNA. The 1260 Enduro, outfitted in a set of Pirelli Scorpion Trail 2 rubber positively shreds. Care for a relaxed but spirited ride? Touring mode delivers smooth but powerful throttle input, and plush ride suspension absorbs any imperfections in the road surface. 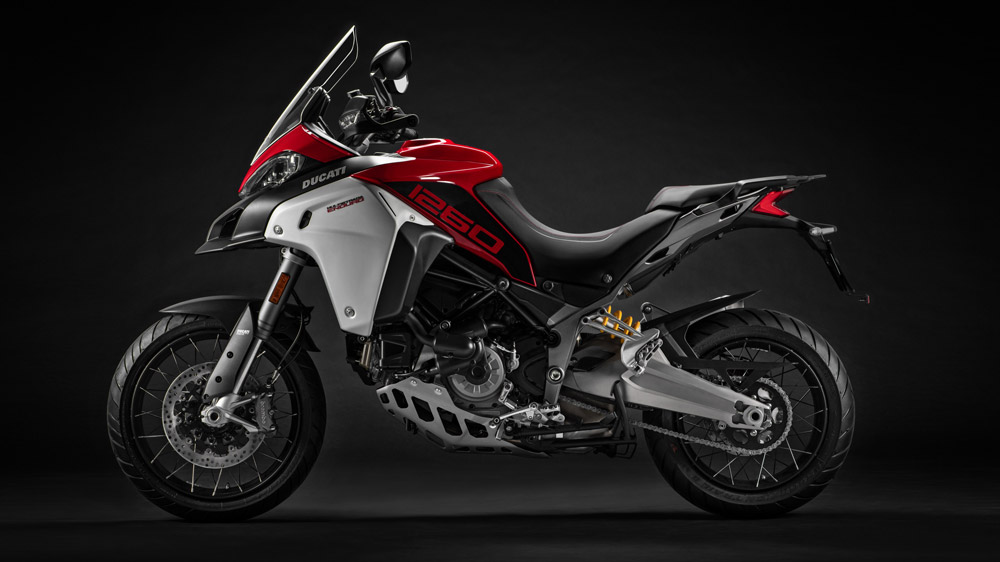 If touring mode is the proverbial Dr Jekyll, then sport mode is certainly Mr. Hyde. The 568-lb bike jets forward sharply with a snappy yet smooth throttle, ABS and DTC (Ducati’s wheelie control) are set to minimal intervention levels, and my heart rate and adrenaline both spike as I perform power wheelies while exiting corners.

Off-piste, and fitted with a pair of Pirelli Scorpion STR knobbies, the 1260 Enduro shines over its predecessor. Most noticeable are the improved ergonomics and weight distribution. And a narrower saddle toward the tank enables freedom of movement.

While ergonomics provide better physical comfort for almost all riders, the capabilities of the bike are enhanced due to a decrease in seat height and suspension. Its predecessor was plagued by being too tall in both height and center of gravity. After much criticism, Ducati engineers ran to the drawing board following the 1200 Enduro Launch in 2015 and immediately began redesigning the 1260.

Many in the off-road adventure community often want more travel in suspension, but to make the 1260 Enduro approachable and capable, suspension travel was lowered to 185 mm and given a dual rate spring system for better dampening. The saddle was also lowered by 10 mm. Compared to the leaders of the segment—the KTM 1290 R and BMW R1200GS—Ducati’s machine maintains 7.2 inches of front and rear travel, which is more than enough for most riders. 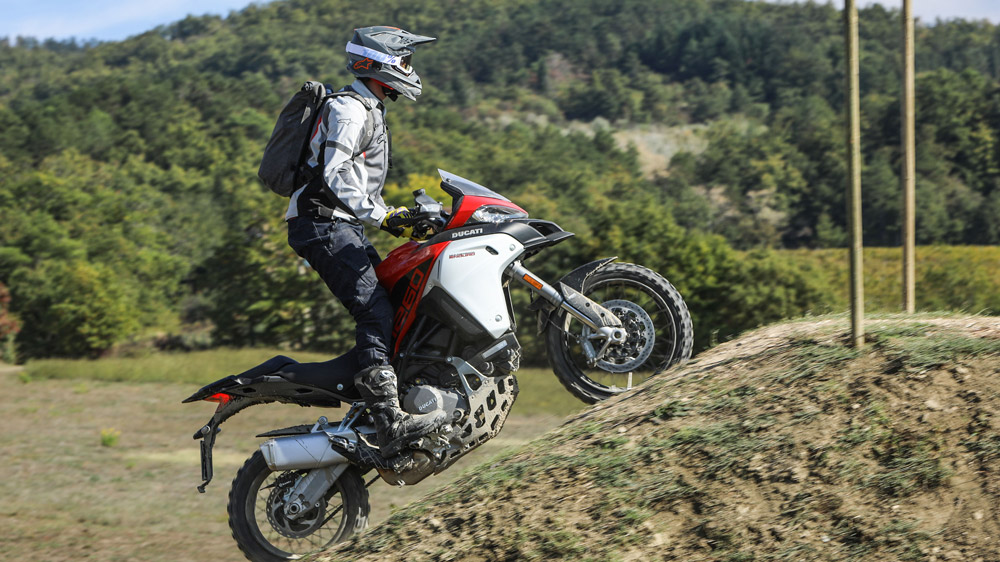 Tracking through trails in Tuscany.  Photo by Sam Bendall Photography/LiveMotoFoto.

Along craggy dual-track trails, the bike handles and behaves like a whole new motorcycle. With the throttle and suspension map set to Enduro Mode, front wheel ABS remains active with minimal intervention and real wheel ABS and traction control is disabled allowing pilots to slide around freely and relive the halcyon days of the film On Any Sunday.

The aforementioned physical modifications make the 1260 Enduro better, but technology gives it an extra edge. The Ducati Skyhook System (DSS) utilizes a Bosch 6-axis IMU and semi-active suspension that maintains attitude control of the bike. This translates into better handling, no matter the terrain, by minimizing exaggerated feedback under hard riding.

Weight and suspension upgrades increase overall handling, but it’s the new throttle mapping and power delivery from the 1260 Testastretta DVT (Desmodromic Variable Timing) engine in Enduro Mode which inspires true confidence. The engine pumps out a whopping 158 hp (lowered to 100 hp in Enduro Mode) and 94 ft lbs of torque. The Desmodromic Valve Timing produces 85 percent more torque at 3,500 rpm and 17 percent more torque at 5,500 rpm. The result is a more predictable and linear power band in the low to mid-range. For off-road applications, this is the key to deftly handling such a big bike. Not once did I feel as though the mighty multi would get away from me due to an errant jump in power.

While Ducati might not have the history and pedigree of KTM and BMW in the Adventure market, it is serious about cutting out a piece of the pie on the segment, and the Multistrada 1260 Enduro is on its way to becoming a formidable bike in the class.