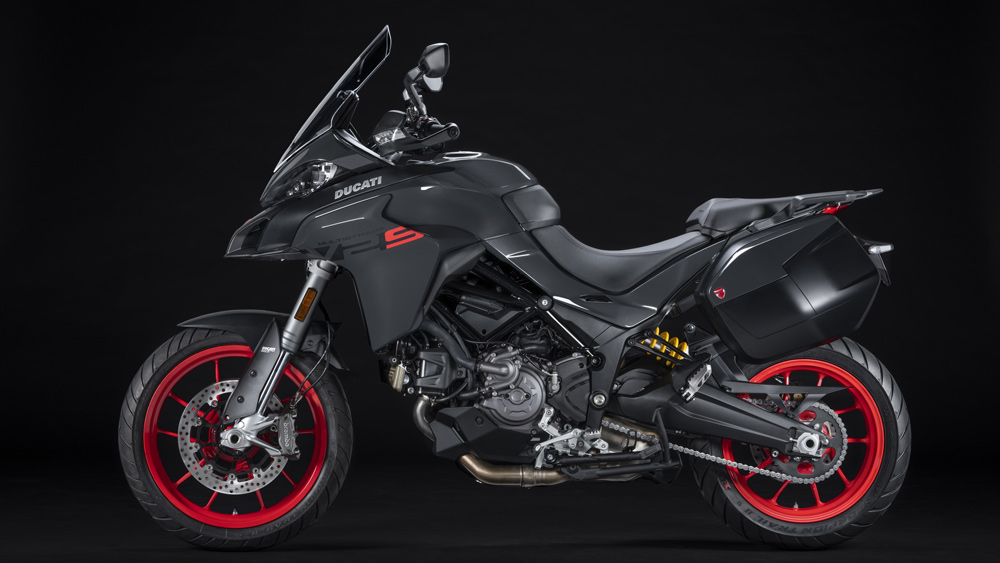 The Ducati Multistrada range has been a favorite with us, even more so when the mighty Multistrada V4 took our breath away at the beginning of the year. Now it’s the junior Multistrada’s turn to get a makeover, with Ducati ditching its aging Multistrada 950 moniker in favor of the new Multistrada V2 appellation. But the revisions go far beyond a mere name change.

If you’re thinking this machine is going to be powered by the same 955 cc V-twin found in the Panigale V2 sportbike, you will be disappointed, as Ducati has not integrated the beating heart of the junior Panigale into this Multistrada. What you do get, however, is a revamped version of the 937 cc Testastretta 11-degree V-twin currently found in the Monster, Supersport 950 and the Hypermotard. This has the same capacity as that on the outgoing Multistrada 950, but features new conrods, a new clutch and a revised gearbox.

These modifications have shaved a claimed 4.4 pounds from the motor, and the entire bike is reduced another 3.75 pounds compared to its predecessor when factoring in the lighter wheels that have been donated straight from the Multistrada V4. Annoyingly, Ducati still claims dry weight with its machines, and cites the Multistrada V2 as weighing 439 pounds dry. We’ll have to wait until we get real-world numbers to measure it with a full 5.3 gallons of gas.

Much like Ducati does with its high-performance models like the Panigale and Multistrada V4, there will be two offerings to choose from at showrooms. The base model V2 starts at $15,295, while the Ducati Multistrada V2 S begins at $17,895. The extra $2,600 will get you the Skyhook semi-active EVO suspension, a five inch TFT dash, an up/down quickshifter, cruise control and backlit handlebar switches. Both variants will come with a Bosch IMU, Cornering ABS, hill hold control, traction control and four riding modes—Sport, Touring, Urban and Enduro.

Ducati has tried hard to accommodate everyone when it comes to riding position on the new V2, with a base seat height lowered by 10 mm (.39 inches) to 830 mm (32.68 inches). That figure can be further reduced to 790 mm (31.1 inches). If, however, you’re on the taller side, Ducati has lowered the footpegs by 10 mm over the outgoing Multistrada 950 in order to accommodate you as well.

Although the seat height has been reduced from that of the outgoing Multistrada 950, Ducati has lowered the footpegs slightly to accommodate taller riders.  Photo: Courtesy of Ducati Motor Holding S.p.A.

The color range will be “Ducati Red” with black wheels, available for both the Multistrada V2 and Multistrada V2 S, and a new “Street Grey” with a black frame and red wheels, a color scheme that can only be ordered for the latter. The new Multistrada V2 range should be at dealerships by mid-December, but we hope to put this two-wheel multi-tool to the test before then.