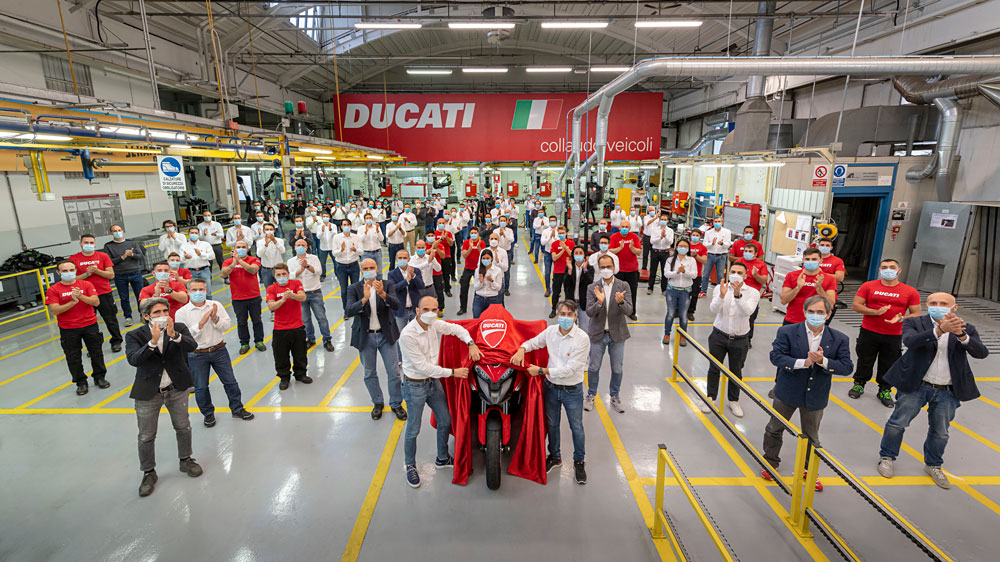 Cars from Italy’s Supercar Valley aren’t the only machines that bring the latest electronic technology along for the ride. Ducati, the Bolognese icon barely a stone’s throw from Ferrari, Lamborghini and Maserati headquarters, is the world’s first motorcycle manufacturer to equip a production bike with front and rear radar. That bike is the new Multistrada V4.

With more than 110,000 examples sold, and now in its fourth generation, the Multistrada is one of the most popular models in the Ducati lineup. The latest version features a completely new, light and compact V-4 engine that is not only smoother, but greatly extends maintenance intervals for even greater convenience—less time in the shop means more time riding.

In 2016, Ducati engineers began working in collaboration with the Department of Electronics, Information and Bioengineering of the Politecnico di Milano, and the research has resulted in a complete riding-aid system developed and produced by Ducati’s technology partner Bosch. The front- and rear-mounted radar units—about the size of a modern action camera and weighing less than one-half pound each—are integrated into the bodywork.

At the front of the motorcycle is a radar unit controlling the operation of the ACC (Adaptive Cruise Control), which regulates braking and acceleration, automatically adjusting the distance between the bike and other vehicles when riding at speeds between approximately 19 mph and 100 mph. While derived from automotive ACC systems, the Ducati setup has been specifically adapted to the dynamic and ergonomic requirements of a motorcycle, primarily by limiting acceleration and deceleration to ensure the rider maintains optimum control in any situation. Selectable on four levels, the radar system enhances riding comfort and safety, especially on the highway.

The radar units are about the size of a modern action camera and weigh less than one-half pound each.  Photo by Giovanni De Sandre, courtesy of Ducati Motor Holding S.p.A.

Picking up the rear, that radar is designed to detect other vehicles positioned in a motorcycle’s vulnerable blind spots, and where the rider’s rearview mirrors are not able to provide a clear view of what’s behind or to the side. Importantly, the BSD (Blind Spot Detection) system also signals the rider of vehicles approaching from behind at high speed.

A detail of the Ducati Multistrada V4’s radar system at the rear.  Photo by Giovanni De Sandre, courtesy of Ducati Motor Holding S.p.A.

Motorcycle technology and safety have certainly come a long way from the days of kick-starters and half-helmets, and this latest innovation takes it all to another level. Ducati’s new radar system is an ideal complement to a high-performance adventure all-star like the Multistrada V4.