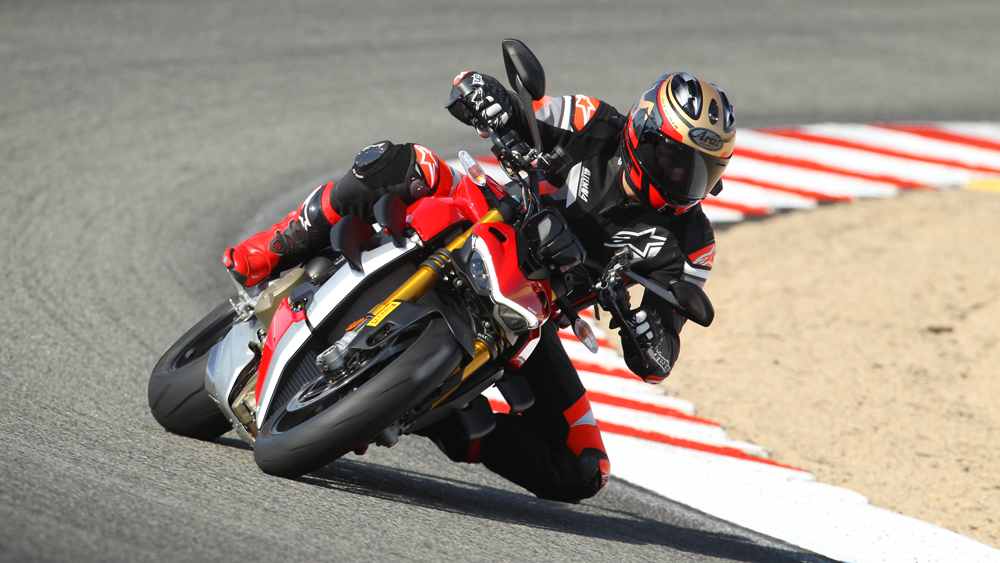 There are very few brands of any sector, let alone motorcycling, that inspire the kind of loyalty that Ducati does among its customers. The famed Italian bike manufacturer, widely regarded as the Ferrari of motorcycles, can count on a fan base whose enthusiasm borders that enjoyed by the major soccer teams in Europe.

Ducati North America is well aware of this and, in response, has created the Ducati Revs, a national touring circuit that aims to bring Ducatisti to the track to watch the MotoAmerica spectacle one day, and ride the same circuit the next. This year was supposed to be the biggest one yet for Ducati Revs, which has been running for the best part of 15 years, but we all know what happened there. As such, only New Jersey Motorsports Park participated after round six of the 2020 MotoAmerica Superbike Championship, and Northern California’s Weathertech Raceway Laguna Seca followed suite proceeding the final round of competition. Fortunately, we were invited to come along and ride as well.

“This was a good opportunity to come here at Laguna Seca, after MotoAmerica, to have an end-of-year celebration,” says Phil Read, the marketing manager for Ducati North America. “We’ve had Revs on the East Coast plenty of times, but this is our first time at Laguna Seca. Our original plan was to do as many MotoAmerica rounds as possible, where we do a Ducati ticket package— parking, a meet-and-greet, tech sessions, coffee bar—because we knew with MotoAmerica we would have more presence racing this year with Kyle [Wyman] and, later, Lorenzo [Zanetti]. But, as Read says, “2020 threw a wrench in that plan. He was, however, impressed with the turnout, noting: “We held a Revs event following the Jersey round, and this is the biggest one we’ve had so far.”

After paying just $400 for the day, Ducati owners and admirers from all over the country converged on Laguna Seca to sit in on riding lessons from Ducati’s MotoAmerica star, Kyle Wyman, as well as former AMA Pro Racing Champion and Ducati ambassador, Jake Zemke. Also present, and on the coaching staff, was former AMA Supersport Champion, Roger Hayden, looking fresh and relaxed following a couple of years of the good life after his superbike career finished in 2018.

There were some splendid motorcycles present as well, including a full line of current Ducati models to test, Wyman’s own KWR Racing Ducati Panigale V4 R, Lorenzo Zanetti’s full-factory Ducati Panigale V4 R direct from Ducati Corse in Italy, and a 2011 Desmosedici GP11 ridden by none other than Valentino Rossi during the 2011 MotoGP World Championship.

Ducati brought a range of motorcycles to test, including a fleet of white Supersport machines.  Photo: Courtesy of Ducati Motor Holding S.p.A.

With Ducati increasing its presence in MotoAmerica, the premier road-racing championship in the US, it’s looking as though the 2021 Ducati Revs calendar will be far more packed than it was this year. If you’ve got a red bike with that famous logo on the tank, we highly recommend you get your plans to attend in gear.