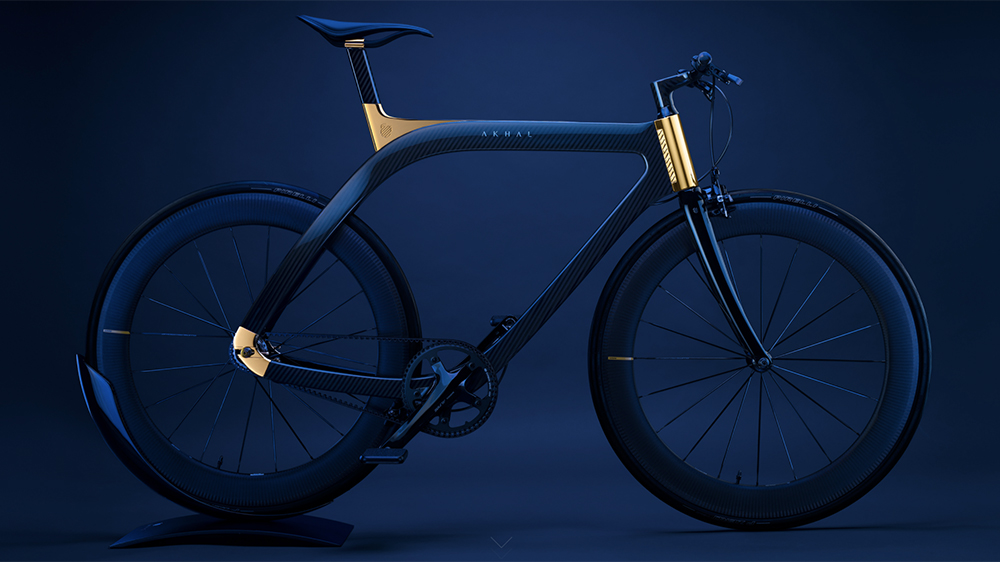 We’re only a third of the way through 2021, but it seems unlikely that you’ll see a better-looking bicycle than the Extans Akhal Sheen this year.

Inspired by the world of high jewelry, the two-wheeler is the latest entry in the British design house’s line of carbon-fiber Akhal bicycles. It’s not just a looker, either, as the blue and gold bike has also been kitted out with all the high-end components hardcore cyclists demand.

Named after one of the oldest horse breeds, the Akhal-Teke, the bike features a simple and elegant monocoque carbon fiber frame. In the front, connected to the chrome-plated headtube, you’ll find full-carbon handlebars with an integrated stem and a custom fork made of the same material. In the rear, Extans has skipped the traditional seat tube—as is increasingly the case with stylish, high-end road bikes—opting instead for a clamp machined from a single aluminum billet and a full-carbon seat post. What really puts the bike over the top is its bold color scheme. The entire bike, from the wheels to the seat, has been done up in a rich midnight blue offset by 24-karat gold accents.

Almost as impressive as the bicycle’s styling is its engineering. The single-speed bike is equipped with a Gates Carbon Drive drivetrain, Shimano Alfine crankset, Shimano Dura Ace brakes and Mavic Ellipse Pro carbon wheels wrapped in Pirelli P Zero Tires, according to the design house. Even better, that configuration puts the bike at a feather-light 21 lbs. Extans only offers one frame size, but it should do the trick for riders between the heights of 5’6” and 6’4.”

You’ll have to move quickly to get your hands on the Akhal Sheen. Extans has announced it will only make 19 examples of the gorgeous cruiser. You’ll have to inquire directly with the company for pricing, though we would expect to price to come in at the high end of the market. The previous entries in the Akhal series, the Shine (white and black) and Shadow (black and silver), cost $20,000 and $25,000 respectively, and both of those had a production run of 99 each.