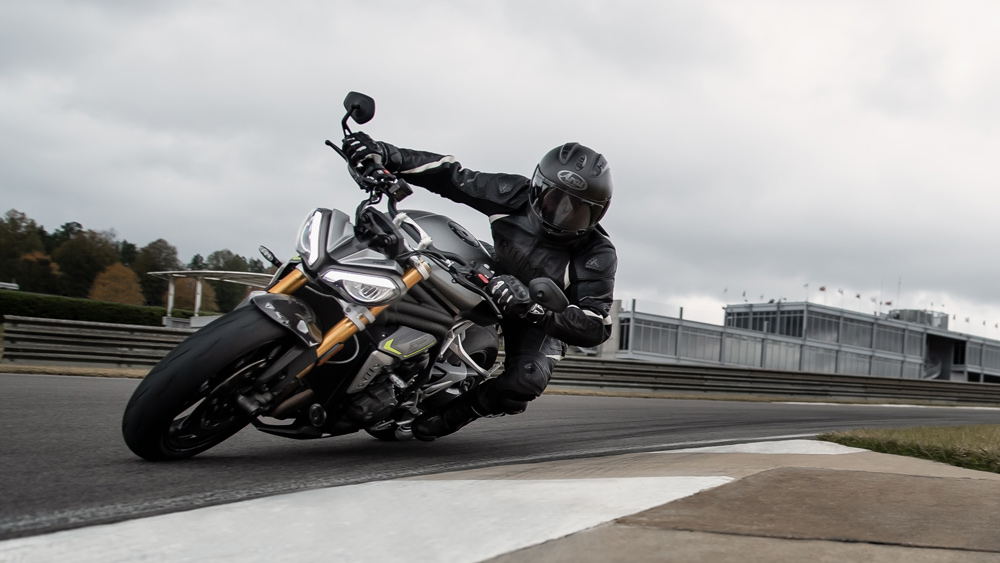 It’s difficult to overestimate how important the Speed Triple motorcycle is to Triumph. The Speed Triple was the first factory-built streetfighter when it was released in 1994, going on to effectively create a whole new segment of bikes that now includes machines like the Ducati Streetfighter V4 S, KTM 1290 Super Duke R and the Aprilia Tuono 1100. Coming full circle, it’s due to those machines in particular that we now have the 2021 Speed Triple 1200 RS that was just revealed today.

Thanks to the onslaught of models from Triumph’s European neighbors, the performance-streetfighter goalposts have been considerably repositioned. Britain’s most revered motorcycling brand needed to respond.

For 2021, Triumph has reinvented the Speed Triple. Under the vastly different, more aggressive styling sits a new motor, increased by 110 cc for a total of 1,160 cc and a claimed 177 hp (a boost of 29 hp compared to its predecessor), while the torque from the glorious inline three-cylinder engine has been cranked up to 92 ft lbs from the previous 86 ft lbs. That relates to almost a 25 percent increase in the power-to-weight ratio over the outgoing Speed triple, and almost twice that of the 1994 model. And the new motor gains a 650 rpm rev ceiling to produce these numbers, with a new intake and exhaust also included.

More than the straight horsepower numbers, the real story for the new Speed Triple 1200 RS is the weight. An all-new chassis has been developed, the engineers dropping an impressive 22 pounds off the motorcycle. Triumph touts that the 2021 Speed Triple will tip the scales at only 437 pounds ready to ride, making it lighter than the Ducati and Aprilia, while on par with the KTM.

The revised chassis—offering a more aggressive riding position—is complemented by a new Öhlins suspension and class-standard Brembo Stylema front brakes. And Metzeler fits its Racetec RR rubber as standard. All of that helps makes the Speed Triple more track-focused than it’s ever been, a hand forced by Ducati et al by pushing the performance naked-bike game ever further.

Triumph claims that the 2021 Speed Triple tips the scales at only 437 pounds ready to ride.  Photo: Courtesy of Triumph Motorcycles Ltd.

An area in which Triumph was already a leader is the electronics, or, more specifically, the electronics interface and user experience. Triumph made great advancements in this area with the 2017 Street Triple 675, and the new Speed Triple takes these lessons a notch higher. The machine presents a new 5-inch TFT dash, five riding modes, an up-and-down quickshifter, redesigned LED lighting, keyless ride, Cornering ABS and traction control (managed by a six-axis Inertial Measurement Unit) and the Triumph Connectivity System.

With the 2021 Speed Triple 1200 RS, Triumph has created a true competitor to the latest super-nakeds. The machine that started it all over 25 years ago, and was long left in the dust by subsequent generations, looks like it’s back with a vengeance. Will it live up to the hype? We’ll let you know as soon as we get our hands on one.