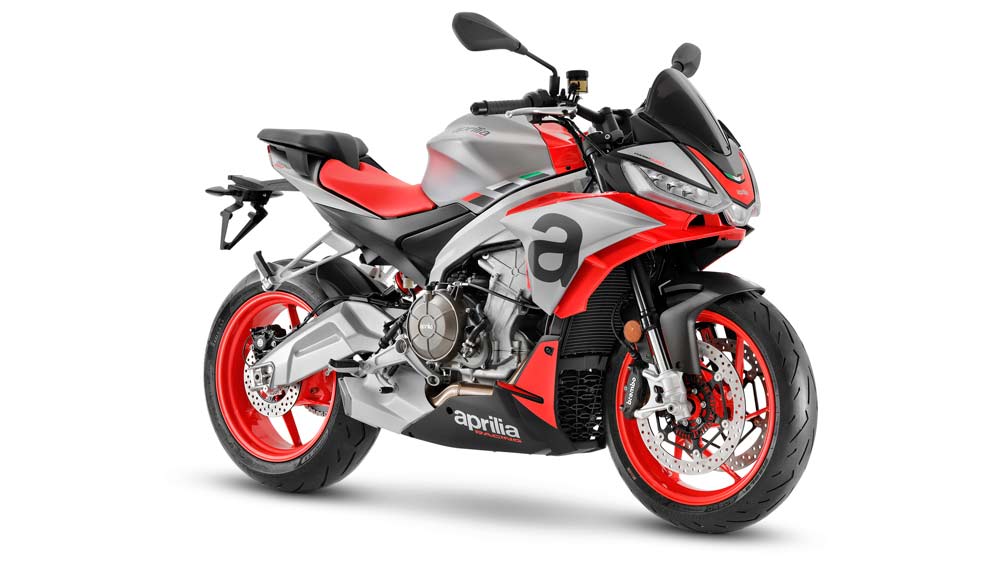 Introduced in 2019, the extremely impressive Aprilia RS 660 is already an adored model, so it’s welcome news that the second machine to bear the manufacturer’s 659 cc parallel-twin motor has been revealed today. The Tuono 660 is the first mid-sized sport example of a naked bike to come from Aprilia, a decade after the initial Tuono V4 broke cover. This is essentially an RS 660 without the majority of its clothes—a platform that has worked so well for Aprilia with the larger capacity Tuono and RSV4 1100 superbike range.

Weighing a claimed 403 pounds and producing 95 hp from its engine, the Tuono 660 looks like it will immediately become the benchmark in its class, just as the RS 660 did for the sports segment.

Dressed in Concept Black, Iridium Grey and Acid Gold color schemes, the Tuono 660 comes to the game with the full Aprilia Performance Ride Control (APRC) electronics suite. The latter features eight-level traction control, wheelie control, cruise control, engine brake, ABS and five selectable engine maps, with the electronics guided by information fed by a six-axis Continental Inertial Measurement Unit (IMU). A three-stage headlight, with daytime running lights, illuminates the ride. The Tuono 660 shares the same aluminum frame and swingarm as the RS 660, with the engine fitted as a load-bearing stressed member. The adjustable suspension is also swapped over from the RS.

The Tuono 660 shares the same aluminum frame, swingarm and adjustable suspension as the RS 660.  Photo by Studio Pointer 02, courtesy of Aprilia.

Aprilia’s timing with the Tuono 660 could not be more on point. The middleweight naked-bike market has been primarily dominated by Yamaha and its exceptional MT-07, with class stalwart Suzuki and its venerable SV650 still somewhat in the hunt for sales. Yamaha has shown the way for Aprilia by bringing out the MT-07-based Ténéré 700 adventure bike in 2020, a path Aprilia will follow later in 2021 when the highly anticipated Aprilia Tuareg 660 adventure model is unveiled.

However, like the RS 660 with the mid-size sports niche, the Tuono 660 packs far more technology and performance than any other machine in its specific category. Aprilia is most certainly on a roll these days, and we will have a full test of this latest release as soon as units land Stateside. The new model retails at $10,499 and will be available at the end of the first quarter of this year.