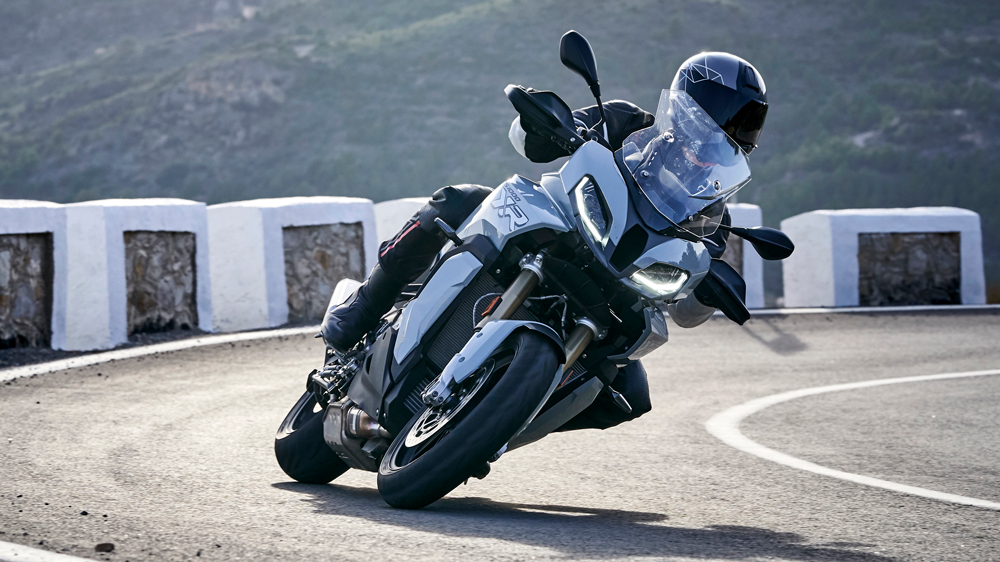 It’s a brave person who wrenches open the throttle on a BMW S 1000 XR. Its prodigious propulsion belies the fact that it’s a sport touring motorcycle, not a straight-up superbike. With 165 hp beneath you, the 2020 BMW S 1000 XR will dust most motorcycles under 1000 cc and only really lose out to others when speeds start to get really silly.

BMW Motorrad has pulled off an incredible trick. It’s managed to take the best parts of its incredible S 1000 RR superbike, stuff them into a tuxedo and present a machine that’s part gentleman, part heavyweight brute. The bike first saw the light of day in mid-2015 as a 2016 model and has stayed virtually unchanged until this year.

The original relied heavily on donor parts from the S 1000 RR, whereas this 2020 edition has a bit more separation. For example, the new 999 cc four-cylinder motor does not come with the variable Shift Cam camshaft system bestowed on the RR or the GS, with BMW citing production costs and complexities as the reason for its absence. Instead, the XR gets its own conventional cam drive setup that’s 12 mm slimmer across its widest point and a claimed 10 percent lighter than last year.

Torque for the XR is 84 ft lbs reached at 9250 rpm. The motor’s performance is metered through an all new electronics package which boasts an Inertial Measurement Unit for the first time on this bike. That means multi-level traction control, cornering ABS, wheelie control, and engine brake control are now at the behest of the XR rider, who also now enjoys the option of the Dynamic ESA (Electronic Suspension Adjustment) Pro feature.

With the new electronics package, the BMW S 1000 XR receives an Inertial Measurement Unit for the first time.  Photo: Courtesy of BMW Motorrad.

BMW has long been a proponent of electronically monitored/adjusted suspension, but the XR’s springers are something new. As the name suggests, the Dynamic ESA Pro monitors suspension action and adjusts the behavior every 10 milliseconds. Of course, there’s multiple levels of suspension adjustment and modes available to the rider, including a handy setting that keeps the rear shock under tension when your passenger gets off the back, thus stopping the shock from rebounding too quickly and unbalancing you…very nice.

The main chassis is slimmer and stiffer everywhere for better rider feedback. To that end, the shock now works off a linkage-less swingarm, presenting better feel to the rider and less unsprung weight.

It’s all wrapped in new bodywork that no longer houses the asymmetric headlights that were so distinctive in the past. LED’s now fill that void front and rear, with the brake lights hidden in the rear indicators.

The previous version’s asymmetrical headlights have been replaced by LED’s with the optional Daytime Running Light, shown here.  Photo: Courtesy of BMW Motorrad.

Does it all work? Absolutely. The ride is divinely smooth in the Road ECU setting, although upping things to Dynamic will make for a very stiff and sporty ride. Most of my time was spent in the Road setting, and it’s amazing how much poise such a large machine has under braking and through the initial part of the corner.

A new swingarm does away with the linkage system found on past iterations of the bike.  Photo: Courtesy of BMW Motorrad.

BMW has changed the seat to something of a rounded deep-dish design, which is something I’m yet to fall in love with. Perhaps my behind is a touch on the bony side or I’m simply used to a flatter seat, but this is one area of the XR that would send me to the vast BMW Motorrad accessory catalogue to swap out.

The rounded seat design may be an acquired taste for some riders.  Photo: Courtesy of BMW Motorrad.

Another small gripe is that the twist grip needs to be turned quite a long way before soft initial power delivery can be felt. This takes some getting used to, but you eventually learn to live with it, much like the seat. Once you’re higher in the revs, the delivery is lovely and even. Just don’t forget that the XR has superbike-levels of punch, it just might not look like it.

Fairly intuitive to use, the dash is taken straight from the S 1000 RR superbike.  Photo: Courtesy of BMW Motorrad.

Priced at $17,645, the 2020 BMW S 1000 XR has moved the goalposts for the sport touring category, not simply because of the power, the chassis, the electronics or the body, but in the way its melded everything together in one harmonious combination. I doubt we’ll see updates to this machine in the next few years because it won’t be necessary. Everyone else needs to catch up.