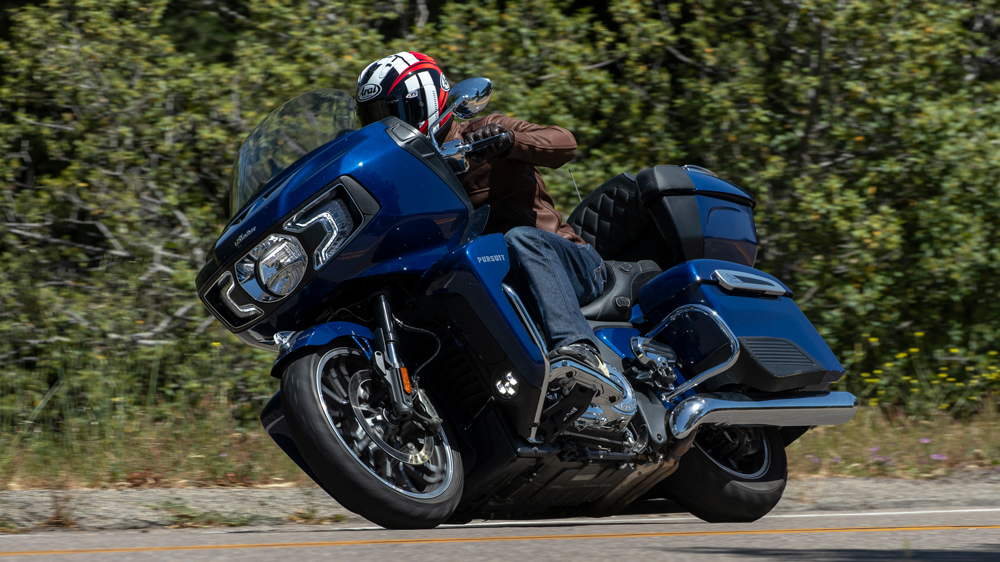 As much as big V-twin, full-dress cruisers are as American as apple pie, so it is that the motors powering these road beasts have traditionally been air-cooled. Harley-Davidson has long been the king of this segment, with its air-cooled Road Glide range. In fact, grandmother Joni Purcell recently rode nearly 8,600 miles on a Road Glide Special for charity. Now, however, Harley has got a water-cooled competitor in the new Indian Pursuit Limited.

Rolling in with an MSRP of about $30,000 for the base model and $31,000 for the Dark Horse edition, the Pursuit takes much of its construction from the Indian Challenger that came out in 2020. That means the same PowerPlus 1,768 cc engine and aluminum chassis are present. The Pursuit, though, takes things a firm step into the touring realm with new bodywork, 35 gallons of luggage capacity and comfort additions—like the passenger backrest/trunk—that bump its girth up to a considerable 882 pounds of dry weight (though still less than Indian’s Roadmaster Elite). With a full six-gallon tank of gas, that puts the Pursuit in the region of 925 pounds, so there’s a lot (and we mean a lot) of motorcycle for your money.

Indian claims that the engine’s output is 122 hp and 128 ft lbs of torque, with the latter appearing the second the clutch lever starts returning. You can power away from traffic lights in second or even third gear (not advised) and the Indian will just lug along like a tractor pulling a stump. There’s no need to explore the upper regions of the rev range as the best performance is found at around 4,000 rpm—simply click a higher gear and let the motor do the rest.

From the pilot seat, corners take a bit of planning on the Pursuit. Our test bike at the launch was fitted with the $3,000 Premium Package that gave us access to the electronically adjustable suspension, making a big difference in ride quality. Yet the sensation that this model feels closer to a car than a motorcycle, at least in terms of sheer size, is ever-present.

The Pursuit comes with 31 degrees of ground clearance from its chassis, so you can hustle this through your favorite canyon roads faster than its overall dimensions and heft would lead you to believe. But it should be noted that, although Indian is aiming this as a “performance full-dress tourer” (if there is such a thing), the best way to enjoy this bike is to take a step back and revel in the abundant luxury encompassing you and your passenger.

There’s no need to explore the upper regions of the rev range as the best performance is found at around 4,000 rpm.  Kevin Wing, courtesy of Indian Motorcycle.

Beautifully finished stitching on the rider and passenger seats are just the start. The Pursuit comes equipped with the Indian Ride Command system, which is one of the best electronic control suites on the market today. And the seven-inch display, set below the analog speed and rev counters, is the gateway to Apple CarPlay, and allows you to easily find almost any piece of information required, thanks to it being a touchscreen you can use with gloves.

Heated seats are another benefit of the Premium Package, with the passenger cocooned in sound via the speakers positioned at either side of one’s rib cage. Other opulent accents include the lashings of chrome found on the engine, exhaust and frame components.

The dash includes a seven-inch touchscreen display that can be operated with gloves.  Kevin Wing, courtesy of Indian Motorcycle.

The Indian Pursuit piles on the charm with aplomb and, given its water-cooled construction, will be future-proofed for years to come. It’s quite an extravagant ride, one best experienced by having a week off work, your significant other at your back and nowhere in particular to go. 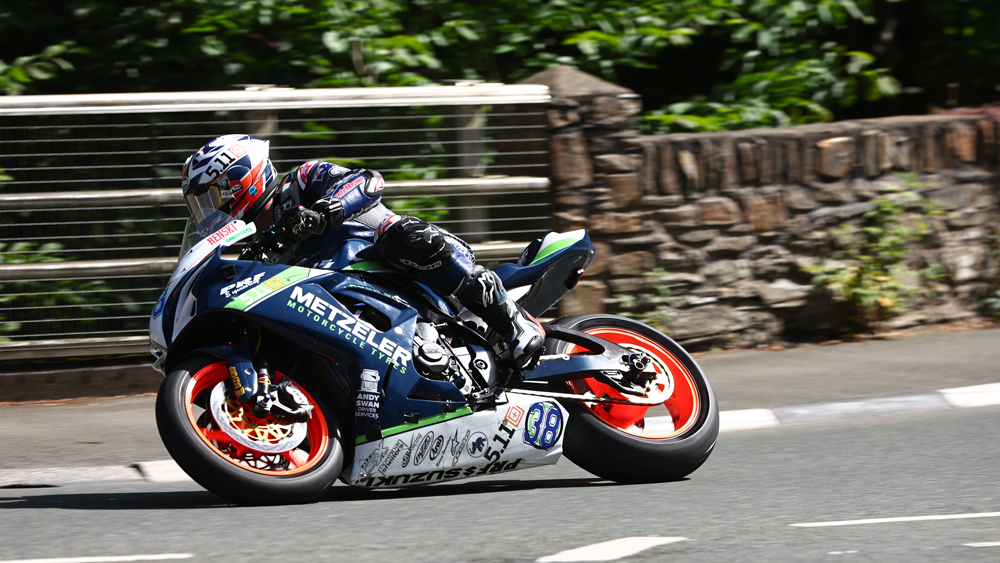