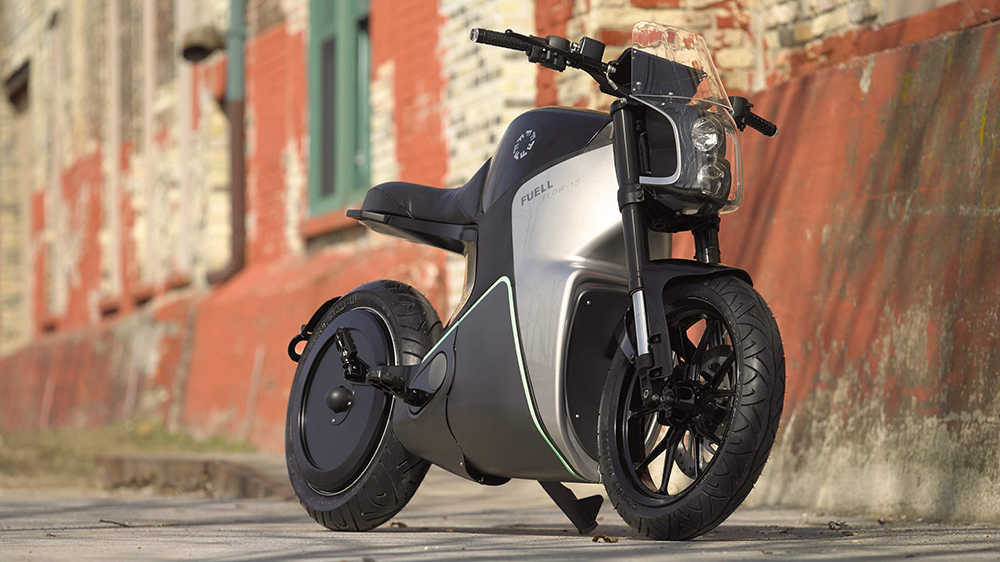 It’s taken its time, but the Fuell Fllow is almost here.

Motorsport legend Eric Buell’s latest company has started taking reservations for its battery-powered motorcycle, reports Electrek. The stylish two-wheeler was designed for urban commuters and will offer up to 150 miles of riding range.

Fuell first announced the Fllow way back in 2019 alongside a battery-powered bicycle called the Flluid. At the time, the company said that it planned to start selling the motorcycle in 2021. The still-ongoing Covid-19 pandemic got in the way of that, delaying things significantly. Fortunately, a production model of the vehicle is finally ready or, at the very least, close enough that the company is ready to take orders for it.

The Fllow looks awfully close to the bike that was first shown off in 2019. The two-wheeler has a distinctly futuristic design, that wouldn’t look out of place in a movie like Minority Report or Blade Runner 2049. Our part of the design is how the front cowling and windshield blend into one another, with the translucent piece also housing the vehicle’s circular LED headlamp and collision-detection camera.

The Fllow gets its power from a hub motor mounted on a single-sided swingarm equipped with a monoshock. It can push the motorcycle to a top speed of 85 mph, which is slower than all of Zero’s electric street bikes. It may not have the most impressive max speeds, but it is quick, accelerating from zero-to-62 mph in just 2.7 seconds. The motor gets its juice from a 10-kWh battery pack, which should provide more than enough power for 150 miles of city riding. When you do need to top up the battery, you’ll be able to fully charge it in eight hours with a Level 1 charger, 1.5 hours with a Level 2 charger or 30 minutes with a DC fast charger.

While no firm release date has been announced, you can now order the Fllow through the bike’s Prelaunch.com page. It costs $200 to reserve the e-motorcycle, which will go towards its $11,995 starting price.