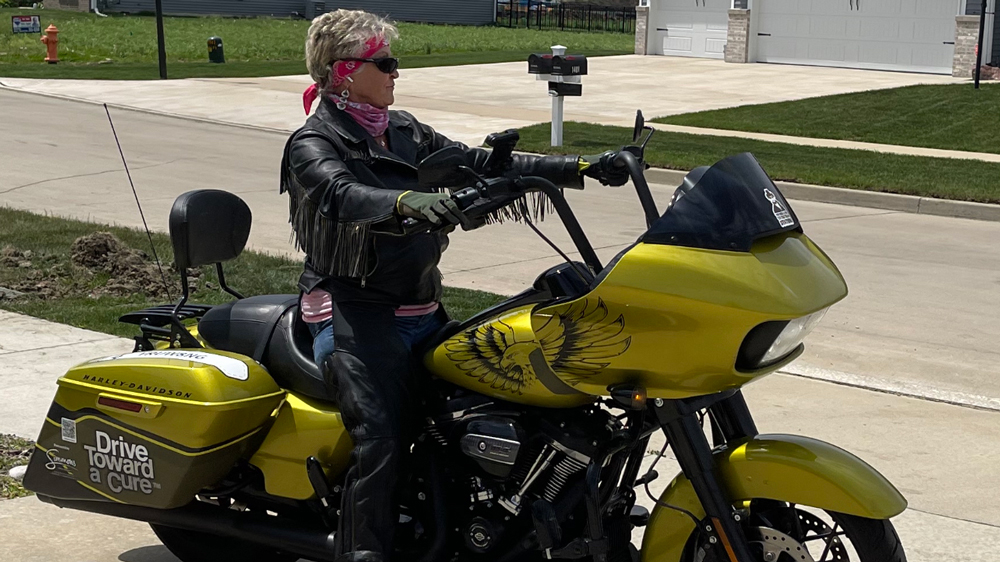 Endless ribbons of highway, long rambling days and miles to go before you sleep. The draw of the great American road trip is magnetic, one that has lured many a soul into leaving everyday life behind to chase the horizon.

Joni Pursell, a Harley-Davidson enthusiast, financial advisor and grandmother knows the draw of the open road all too well. But after recovering from two major back surgeries and a hip replacement, followed by friends who dropped plans of a group road trip, Pursell announced to her husband (who does not ride) that she would chase her motorcycling dream regardless. The latter comprised cruising for a month across 18 states and 2 Canadian provinces on her 2020 Harley Davidson Road Glide Special.

Her husband Clyde was not entirely onboard with the plan of her heading off solo. But when longtime friend Mike Burke stepped in and offered to join, Clyde decided to pilot the support vehicle. “This was a completely new experience for us, and my husband now understands the passion of riding for me,” she said, while well into the roughly 8,600 miles she ultimately completed since setting out on her journey on May 9.

The nomenclature on her helmet, “YRUW8NG” (why are you waiting) is her guiding principle, and helped her rally momentum following a conversation with clients and friends. But it was only after contacting Deb Pollack, founder of Drive Toward a Cure, that she went after the idea full throttle in order to fundraise for Parkinson’s research. Citing as motivation the Parkinson’s diagnosis of one of her best friends in 2018, and the passing of Pollack’s mother from the disease, Pursell says that “it was super easy for me to say yes to this ride and to supporting Parkinson’s research. Having Mike and Clyde believing in this cause was nothing but added value.”

Emblazoned on her helmet is Pursell’s personal motto, “why are you waiting?”  Patrick McSweeney

The adventure has included a private tour of the power-train facility for Harley-Davidson, the brand responsible for models like the Sportster  and Pan America, as well a stop at Harley’s historical archives—both in Wisconsin. But the ride was tempered by the reality that such an undertaking has a real risk factor. Following acquisition of her first Harley-Davidson Road Glide cruiser in 2017, her girlfriend Tammy purchased an Ultra Classic and visited for a brief jaunt, but Pursell witnessed an accident involving Tammy’s motorcycle. Having also seen two friends suffer injuries from accidents several years earlier only heightened Pursell’s apprehension. But she puts the events into perspective. “There are risks and there are rewards. Like with any sport, your head space has to be present and positive, and you have to practice to be great,” she says. “You also have to know your skill level and operate within that, while challenging yourself to be better.”

Pursell and friend Mike Burke make a stop at Harley-Davidson’s power-train facility in Wisconsin for a bit of inspiration.  Patrick McSweeney

According to Pursell, motorcycle road trips have forged longstanding memories and relationships, some friendships of which go back over 15 years. “I love riding because of the people you meet,” she says. “YRUW8NG is my personal motto. Life, for me, is action and experience . . . things find us if we are open to them. I am honored to be riding and facilitating an opportunity to raise money to fight Parkinson’s.”

Pursell has just completed her philanthropic adventure, returning home to Boise, Idaho, after raising $13,850 to date (though her donation page is still open). “My buddy Mike said, ‘What if whatever amount of money is raised, cures Parkinson’s?’” states Pursell. “What if that happened? Anything is possible.”