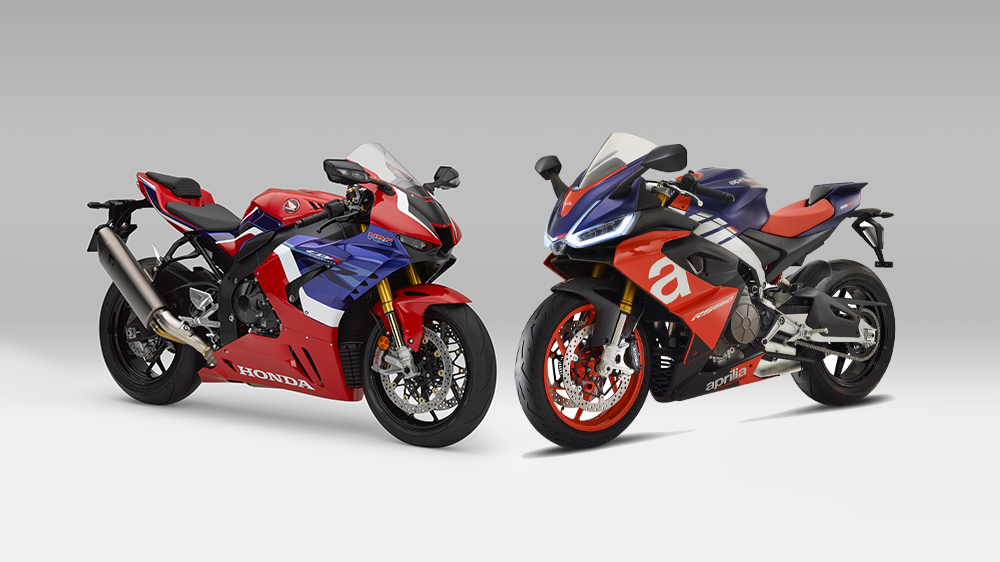 It’s official: We are now living in a renaissance for sportbikes, the likes of which haven’t been seen since the heady days of the 1980s, when Tom Cruise ripped down the runway in Top Gun on a black-and-red Kawasaki GPZ900R. For the last decade in particular, the motorcycle industry’s attention drifted away from these track-focused creations and toward other niches like adventure touring, which has surged in popularity. But high-end performance never goes out of style, and racier models are coming, with more technology, charisma and outright quickness than ever before. As proof, two very different machines from the category recently debuted: the barnstorming Honda CBR1000RR-R Fireblade SP and the svelte and stylish Aprilia RS 660.

At one end, Honda’s latest is a 215 hp (European version) missile with electronic Öhlins suspension and every possible electronic performance aid currently available on production releases. This is the very best Honda offers, designed from the ground up to win the WorldSBK Championship and return the brand to its glory days of superbike supremacy.

At the same time the four-cylinder Fireblade SP was unveiled, Aprilia took the wraps off its RS 660. Powered by a 100 hp twin-cylinder motor and carrying a conventionally controlled (non-electronic) suspension, the Aprilia is designed to slice its way through turns rather than blow your eyelids back on straightaways. If the Honda is a sledgehammer, the Aprilia is a scalpel. The latter is especially meaningful because it signals a return to the Italian bike builder’s roots: agile, small-capacity motorcycles designed to obliterate corners but be approachable to everyone.

But more important than these two models by themselves is that mainstream manufacturers are once again devoting attention to this segment. Fitting, since it’s the one responsible for our need for speed in the first place.