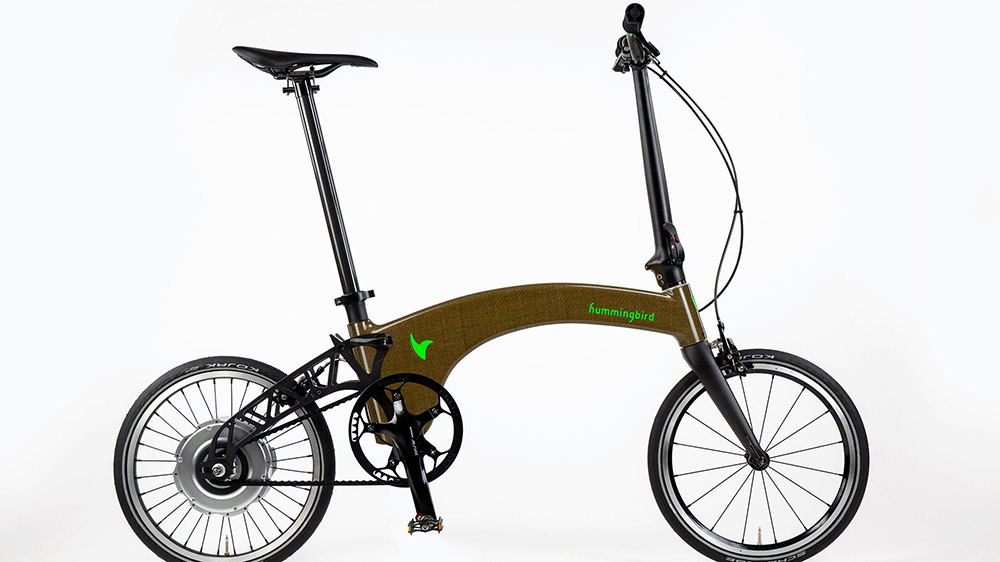 Hummingbird doesn’t see any reason why e-bikes have to be so heavy.

The UK-based manufacturer has just launched a new battery-powered, folding model called the Flax, which features a unique frame made from plant fiber. The two-wheeler weighs just 22.7 pounds, which the brand claims makes it the world’s lightest e-bike.

Thanks to the advent of the carbon-fiber frame, lightweight bikes are nothing new. Lightweight e-bikes are another story, though. Battery packs and electric motors are both heavy, so it wasn’t until recently that you could even find many models that tipped the scales at less than 30 pounds. In fact, the lightest bike we’d heard of prior to Hummingbird’s latest was the Cannondale SuperSix EVO Neo 1, which weighs in at 24.9 pounds, more than two pounds heavier than the Flax. That won’t sound like much—until you have to lug your bike up or down several flights of stairs.

The Flax owes its relatively light weight to its frame, which is made entirely from flax plant fibers, according to Hummingbird. Because of this, the waste generated in its creation is biodegradable—as is the actual frame itself once its lifecycle is over. It’s also just as strong as its heavier and less environmentally friendly carbon-fiber and metal counterparts.

The Flax’s frame isn’t its only noteworthy feature. It’s also equipped with a 250W motor and a built-in 158 Wh battery. Thanks to this combination, you’ll be able to hit a pedal-assisted top speed of 15.5 mph and ride for 31 miles on a single charge. Neither of those numbers is anything to write home about, but they’re also more than enough to get around town quickly. Making the bike even more convenient is the fact that you can fold it up for carrying or storage in just five seconds. It also features Bluetooth 5.1 connectivity so you can use the bike with the Bitride smartphone app.

The Flax e-bike is available to purchase now through the Hummingbird website for £4,995 (or about $5,900 under by the current exchange rate). If you like the bike, but don’t think you need the added help, the Flax is also available without an electric motor. Hummingbird sells three other ultra-lightweight Flax bikes—including single-speed, multi-speed and multi-speed with a belt drive models—with prices ranging from $4,725 to $5,255.