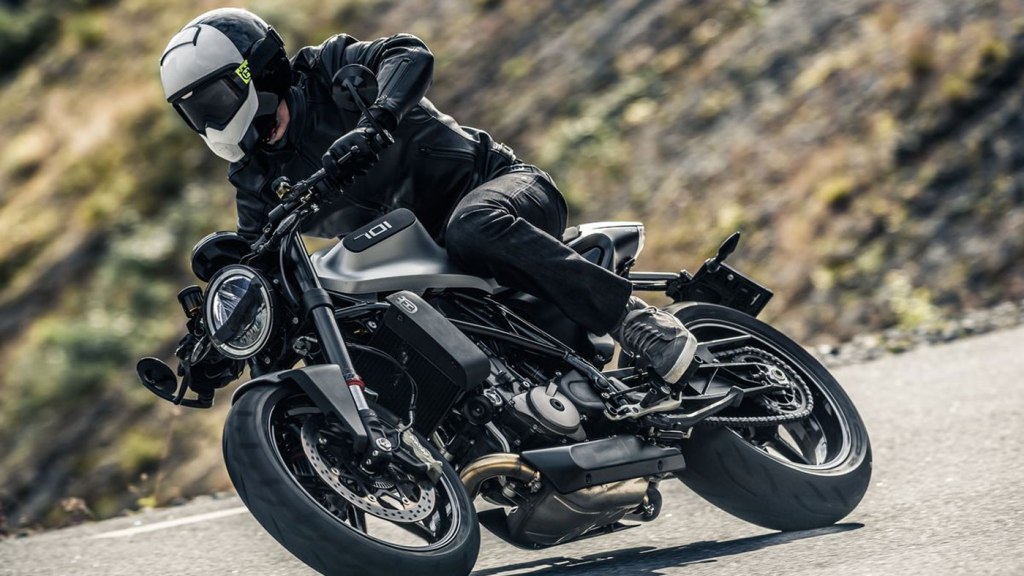 “You kept your promise.”

That’s what I’d like to say to Husqvarna’s North American CEO John Hinz after sampling both the company’s Vitpilen and Svartpilen motorcycles along one of the best canyon arteries inside California’s Angeles National Forest. The company delivered not just one masterpiece, but two, and I am sure both will entice novices and pros alike.

When Hinz and I sat down earlier this year, he told me that while the two motorcycles were meant to attract a “style customer,” they were very much set up to woo new and seasoned riders as well. He assured me that both would offer a riding experience I’d likely fall madly in love with. And by the end, I’d understand that this wasn’t just some gimmick to attract millennials.

My one apprehension before ever setting a leg over either motorcycle’s saddle was size. Both bikes are well under 400 pounds, weighing in at 330.7 pounds and 346.1 pounds for the Svartpilen and Vitpilen, respectively, and feature footprints that are shorter lengthwise than my 6’4” frame. I was nervous that their small stature would make me feel like a gorilla atop a tricycle. After an afternoon bombing canyons up a pitted and rock-studded mountain, neither felt that way, though I’m sure I still looked the part.

Setting off atop the Vitpilen 701, the company’s road racer offering, the immediate sensation was that of a bird elegantly soaring through the barrens. Because the Vitpilen 701 is so small, and I’m so large, I couldn’t see the motorcycle under me. It’s simultaneously freeing and slightly unnerving. It was the closest I’ve ever felt to flight. But with a twist of the throttle, and the sound of the Vitpilen 701’s single-cylinder engine, you’re instantly transported back to the motorcycle.

Getting the Vitpilen 701 to turn in is truly a feat of telepathy. The lightweight construction, diminutive overhangs, and perfect seating position meant my confidence to drag a knee came quick. Throttle control was equally wonderful as the 76 horses don’t overpower the momentum you gain through each successive turn. I had told the man who dropped off the Vitpilen 701 that I’d be back in about thirty minutes. I didn’t return for two-and-a-half hours – that’s how good it was.

The Svartpilen 401 is a hooligan’s dream. Same minuscule weight, though only 43 hp, the Svartpilen 401 gets knobby tires, slightly longer travel suspension, and upright handlebars for better control when standing on the pegs as you romp your way through the desert. Immediately upon receiving the keys, my mind went to all the trails and small hiking paths that litter Angeles Crest, ones that most full-size motorcycles could never dream to enter. I ultimately ended on a particularly rugged path that led up a mountain meant for four-wheel-drive Jeeps. Why not go for broke?

The little Husqvarna handled every rock, loose patch of gravel and dirt, shard of glass, discarded tire, and smooth outcropping as if it were a goat casually walking up the road. The single-cylinder engine has plenty of power and torque to conquer all. The seat is supremely comfortable, even when the going gets jagged. And its suspension is capable of shaming a host of traditional dual-sport motorcycles from much larger manufacturers as it bounces and trounces over every whoop along the trail with rabbit-like extension and agility. Like the Vitpilen 701, I stayed out far longer than I had originally anticipated.

Sealing each motorcycle’s fate to become part of my perfect garage are their prices. The little Svartpilen 401 starts at just $6,299, while the more powerful Vitpilen 701 retails for $11,999—screaming deals for what they offer. Not only did Husqvarna build affordable motorcycles that will likely entice new riders, it built what is easily the greatest motorcycle duo of the last two decades. Hinz kept his promise.