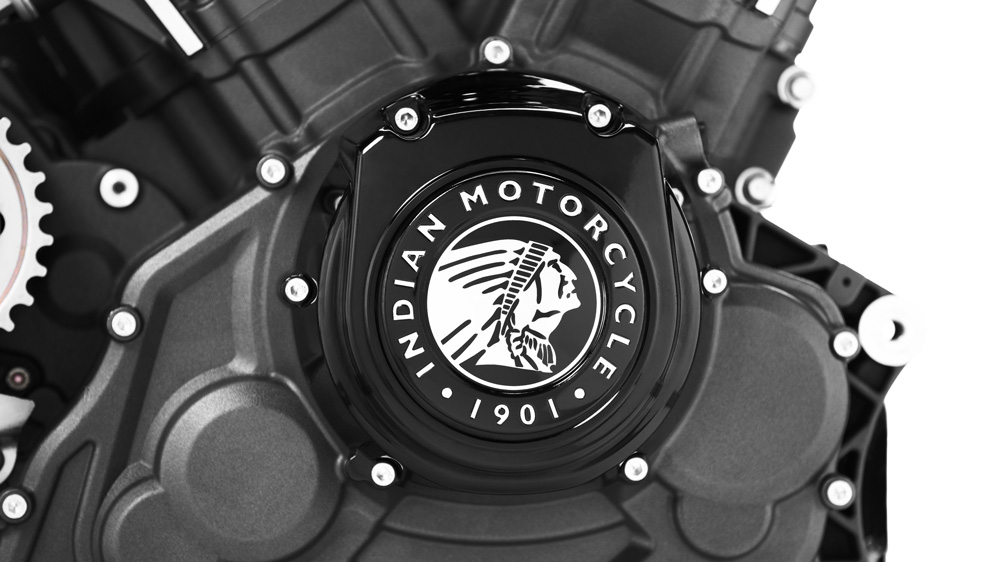 It’s always a big deal when one of the grand old names in motorcycling releases a new motor. That’s what’s happened with Indian Motorcycle, who this week unveiled a brand new, 1,769 cc/108 cubic-inch, liquid-cooled V-twin motor dubbed the PowerPlus. It’s a new motor that’s set to appear in a new bagger motorcycle for 2020, the Challenger.

The 60-degree, four-valve-per-cylinder motor that’s wedged in the Challenger is Indian’s most powerful to date, with the company claiming 122 hp at 5,500 rpm and a stout 128 ft lbs of arm-pulling torque measured at 3,800 rpm.

What’s interesting about the Challenger motor is that it’s about 20 hp and 2 ft lbs of torque up on the Thunderstroke 116 cubic-inch motor that powers such machines as the Indian Chieftain Dark Horse, but it does so in a considerably smaller 108 cubic-inch package.

“We developed the most sophisticated V-twin power plant in the industry, and then we spent month after month, hour upon hour, putting it through the most intense paces to ensure it could take whatever we threw at it,” says John Callahan, Indian Motorcycle’s vice president of engineering.

That included nearly one million miles of simulated testing, and 250,000 actual road miles, making this one of the most evaluated and tested motors ever to come from Indian’s home base of Minneapolis, Minn.

“Anything less than best-in-class design was simply not good enough,” notes Steve Menneto, president of the company. Indian’s PowerPlus will help give rise to the Challenger, which took its name from one of Indian’s most iconic early machines that ran from 1916 to 1924. The Challenger’s arrival will bolster the Indian Motorcycle bagger line-up to five, as it sits alongside the Chieftain, Chieftain Limited, Chieftain Dark Horse, and Springfield Dark Horse.