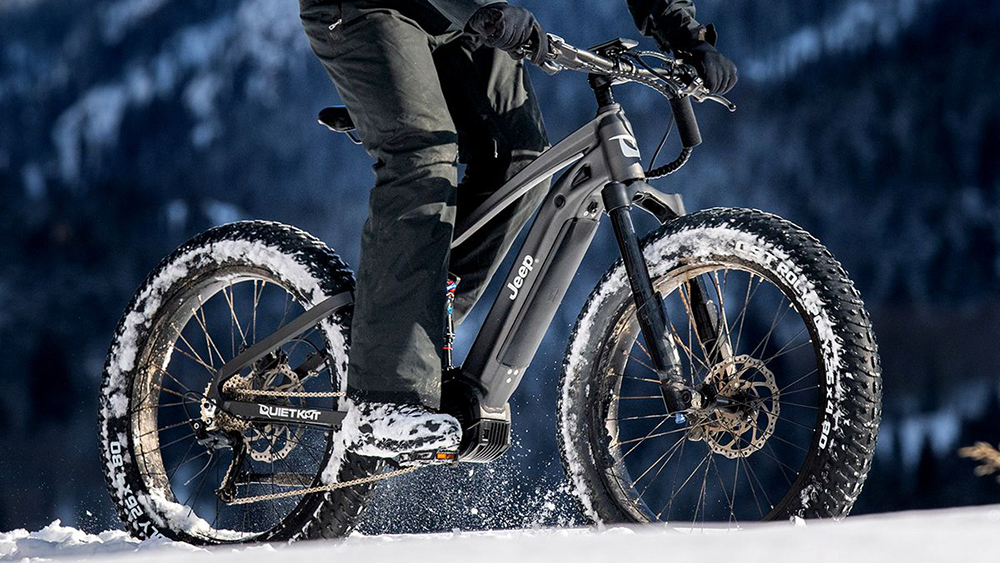 Since that Bill Murray Superbowl ad, cycling enthusiasts all over the country have been patiently waiting for their chance to secure one of Jeep’s next-gen electric bikes. It looks like the time is finally here.

On Sunday, March 1, pre-orders for the high-performance two-wheeler opened to the public for a very pretty penny indeed. The hulking battery-powered bicycle costs $5,899, which puts the simply named e-Bike near the top end of the cost spectrum.

Of course, that six grand sticker price may be entirely justified. Jeep and its partner on the project, the Colorado-based cycling specialist QuietKat, claim it’s the “most capable off-road electric mountain bike there is.”

The burly ride is packed with an electric motor that’s capable of delivering 1,500 kW, according to Elektrek—although Jeep’s specifications have it rated at 750 kW—and that can cover 40 miles on a single charge. It sports rugged 4.8-inch fat tires and a top-tier Fire-Link suspension.

The snow-capable mountain tamer is listed as a Class 2 e-bike, which means it’s throttle-assisted and can deliver a top speed of 20 mph, plus 118 ft lbs of torque. On top of that, the powerful 10-speed drivetrain should assist riders who set out to conquer steep trails.

So, how does it stack up against the spate of spoked competitors? Rad Power Bikes’ 2020 RadRover Step-Thru is equal in terms of power, range and top speed but is a fraction of the price at $1,499 (though it is missing the Jeep’s sexy jet-black aesthetic, favoring an all-white paint job instead). Similarly, Cannondale’s $9,000 Monterra Neo has plenty of style, but its 625Wh battery pack has less power than the Jeep’s electric engine.

Still, the only way to tell if Jee’s e-bike is right for you is to try one for yourself. The new all-terrain electric mountain bike will roll out in June 2020 and can be pre-ordered here. Best start mapping out your favorite cycling routes now.