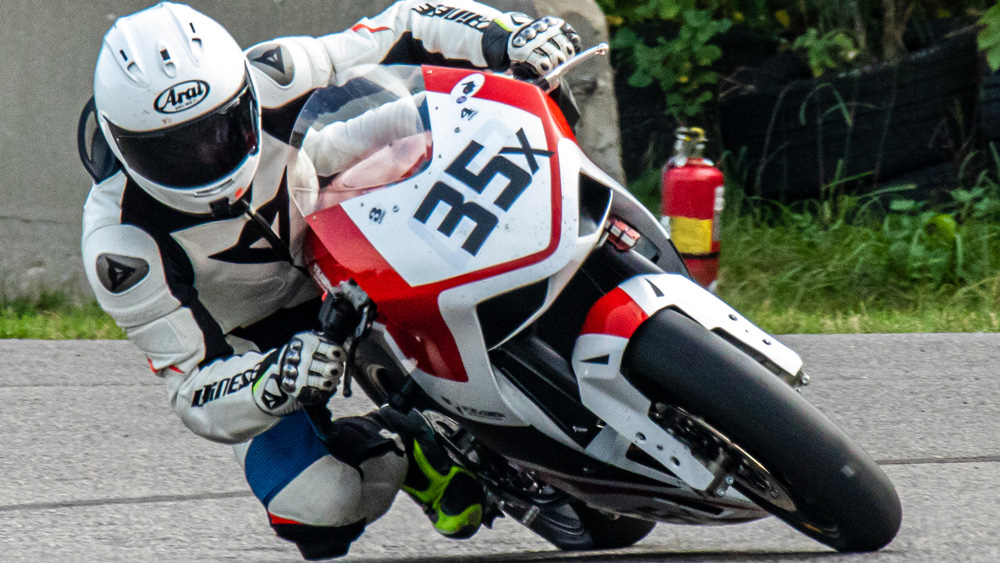 Modern production motorcycles must adhere to certain design limitations to be sold for public consumption. Lights, heavy bodywork, exhaust, motor and ECU restrictions—and the masses of wiring that inevitably come with them—not to mention a chassis designed to flex and soak up the irregularities you find on streets, make racing a production motorcycle a game of compromise. This is where Germany’s Krämer Motorcycles and the HKR-EVO2 R comes into the picture.

The bespoke bike makes no compromises; it’s a pure racing machine designed to get you around the track as fast as possible. But, there’s a difference. The $22,495 HKR-EVO2 R is not powered by a 600 cc or 1,000 cc inline four-cylinder, as would be expected, rather, it’s power plant is a single-cylinder 690 cc motor taken from the KTM 690 Duke. At 80 hp and weighing a relatively meager 276 pounds, the bike does not have the arm-wrenching pull you expect from a modern superbike. It’s a game of finesse, of wide, sweeping lines and high corner speed.

The bike’s single-cylinder 690 cc motor is from the KTM 690 Duke.  Photo: Courtesy of Krämer Motorcycles.

“These are pure racing motorcycles—they haven’t been modified from a production machine in any way,” explains Joe Karvonen, CEO of Krämer Motorcycles USA, a young entrepreneur from Fargo, N.D. “The big restriction always is price, and we understand that. It’s not for everyone,” says Karvonen. “But the price is for a turnkey race bike, one you don’t have to do any work to other than change the oil and gearing. Building an equivalent Twins Cup racer will likely set you back $18,000 to $20,000, so there’s not that big of a jump to a bespoke racer like the Krämer.”

Unsprung weight is kept to a minimum, making for a machine that carves its way around a racetrack with the same turn speed as that of a 250 cc two-stroke Grand Prix racer. Electronics are kept to just an AIM dash and data logging unit, which measures GPS and acceleration data, logs rpm, water temp, gear position and vehicle speed.

One of the interesting design features on the HKR-EVO2 R is the fact that the gas tank triples as the place where the fuel goes, the subframe and the rider’s seat. It’s all one unit. “The tank is made of XPE plastic and works to support the rider and house 3.17 gallons of fuel,” says Karvonen. “This multiuse approach reduces weight and makes for a more compact package. There’s no reinforcements to it. It’s all plastic and really, really, strong.”

We tested the Krämer during a race weekend at Brainerd in Minnesota recently as part of a team competing in a five-hour endurance race. There were two things that stood out with the bike: the first being how fast the chassis would turn, and secondly, how physically big it is.

The HKR-EVO2 R makes a supersport machine feel sluggish in the way it hunts for an apex. It’s light and rather long chassis simply annihilates corner entries, allowing you to make up huge amounts of time on the brakes that faster bikes take away on the straights.

And the chassis itself is tall, long and stiff, allowing some of the less flexible or older riders (such as me) to still enjoy a pure racing motorcycle. It’s comfortable in the way a racing machine generally isn’t, making it an appealing choice of you’re looking to get into the sport.

We found the Krämer HKR-EVO2 R to be a stellar machine, one that has carved a very select niche for itself in the competition space. Oh, and just for the record, we won the GP2 category that weekend.