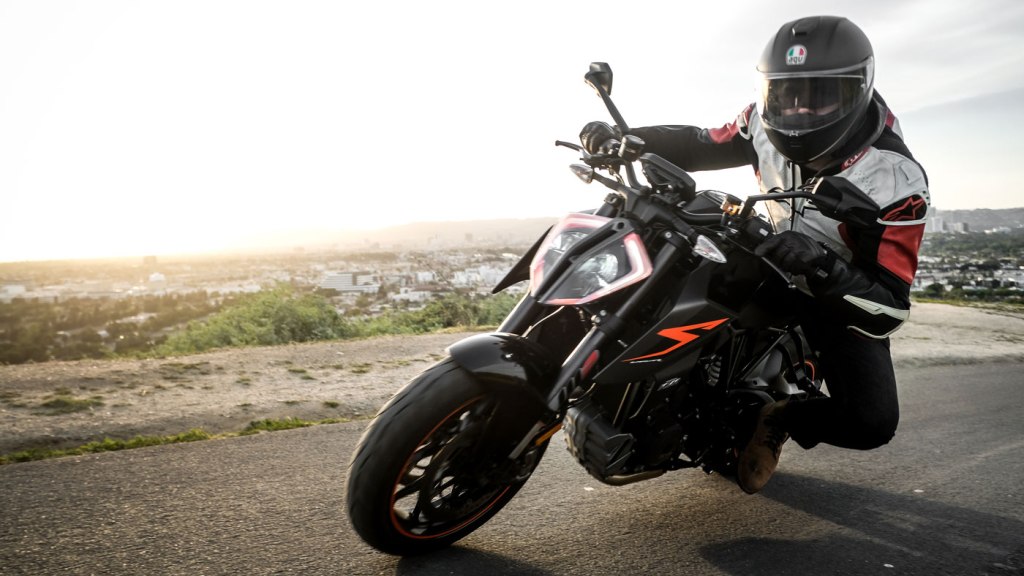 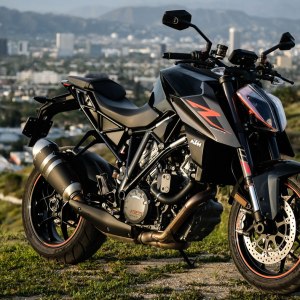 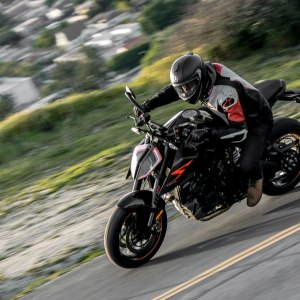 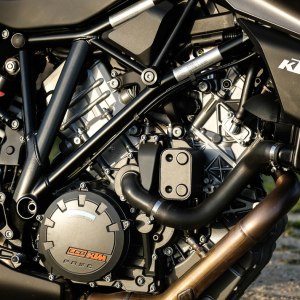 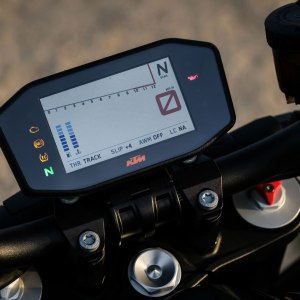 In an age where aero is king, the new KTM 1290 Super Duke R is a blunt hammer but with the power of the Big Bang. And the fact that there is absolutely zero delicacy in terms of how that power conquers pavement makes the bike addictive—and I love it.

At first glance, it would seem that little has changed from the previous iteration of KTM’s ultimate big-bad. A nip here, a tuck there, a slight boost in power, and some minor suspension tweaks sum up much of the work the bike has undergone. If this were Hollywood, it would pass as minor surgery. Yet the alterations have affected the riding dynamics and personality of the motorcycle so greatly that any rider previously aquatinted with the machine will wonder whether KTM, as a company, has started from scratch.

Where the motorcycle feels most different is in its power delivery. The previous Super Duke R was already expletive fast. It could send chills down your spine as you grab far too much throttle and wheelie like there’s no tomorrow. It had plenty of power to get into trouble whenever the mood struck. But KTM wanted more, so more it got—four more horses to be precise. That ups the total output to a chest-thumping 177 stampeding stallions locked away under your right palm. Torque is now 107 ft lbs and remains the more lethal of the two performance figures. Why? Because it’s the torque that picks up the front wheel every time you get onto the gas or click through the gears.

If so desired, the Super Duke R has the capability to pick up its front nostrils upon command in every single gear. Even above Go-Directly-to-Jail speeds, it’s as simple as tap the brakes, snap the throttle, and let the front tire elevate as if it were Lazarus rising from grave. For this latest iteration, KTM installed a wheelie control built into the bike’s traction management system. While you won’t get the full cannoli upon throttle twist, you will stay glued to the tarmac and accelerate like a caffeine-addled cheetah.

Taming the Super Duke R’s speed is Brembo’s lovely M-50 monobloc calipers, which, when applied in a vigorous manner, can send your eyes forward with such momentum that you’ll wonder if they’re going to hit the inside of your visor.

The Super Duke R isn’t just a straight-line wunderkind, nor is it the ultimate track-spec demon hailing from the dark forests of Austria. Before this latest generation, the Super Duke R was one of the best daily motorcycles around, thanks in large part to its fabulously soft suspension settings.

This version, however, straddles the line between the track monster some want and the comfortable upright rider most knew and loved. To us, it now dips its toes slightly more into the track-focused pool, sacrificing a bit of its approachable nature. That said, get this motorcycle on a back road, canyon parkway, or track—and watch out. It’ll blaze lap times like a real-deal Moto GP racer.

Although the suspension settings are slightly less luxurious than before, the motorcycle’s ergonomics remain stellar. They’ve been improved thanks to a lower seat and wider handlebars for better control. What’s also been bettered is the bike’s electronics suite. Say goodbye to the standard old-school analog gauges. In their stead is a new vivid-color TFT display. Through it, riders can select their ride mode, change their detailed traction settings, select cruise control, check the motorcycle’s vitals, and even record lap times. Hooked up to this new suite is also one of the most unique features: keyless start. The latter allows riders to keep their key inside their pocket and not have something dangling in front of them, always threatening to fly away.

If the previous Super Duke R was a hooligan, what then is this new version? A maniac? Or is it just the best damn motorcycle money can buy? It’s likely a combination of both. And with a price tag of $17,999, it’s worth every single penny in smiles and wheelies alone.