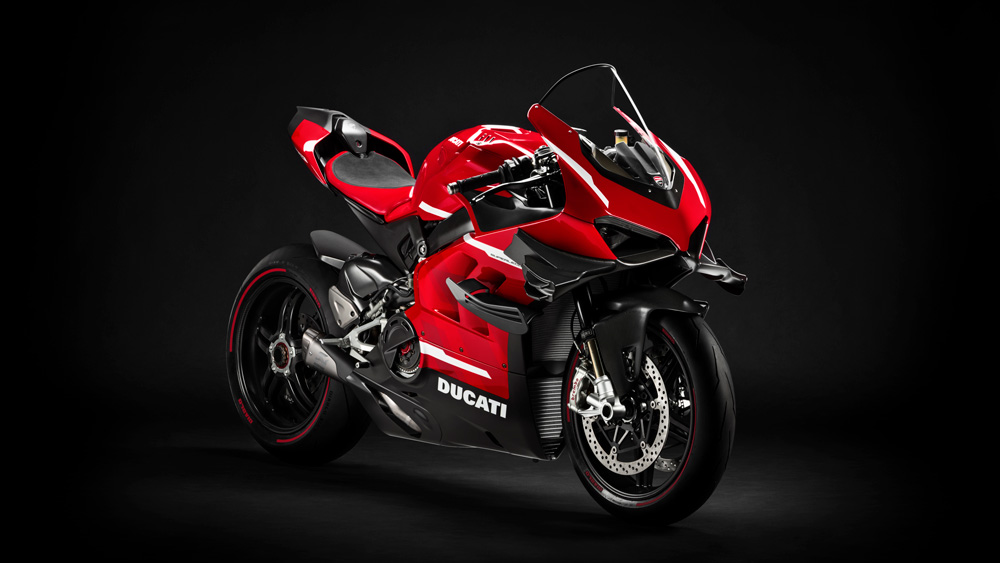 Having been temporarily idle due to the pandemic, Ducati allowed most of its staff to return to work at the end of April. And it didn’t take long for more good news to follow, this time directly from the company’s CEO, Claudio Domenicali, via tweet.

The final preproduction version of the $100,000 Ducati Superleggera V4 is headed to the massive proving grounds at the Nardò Technical Center in Southern Italy. There, the bike will be put through its paces by lead Ducati test rider, Alessandro Valia.

Week 3 after restart is almost finished. Dreams are now becoming real: this is last pre production Superleggera ready to move to Nardo for final quality check. No other road homolgated bike is even close: 224 HP for 159 Kg dry weight. A real dream for any passionate biker! pic.twitter.com/dxbIoMWKU9

Created in 1975, the Nardò facility boasts more than 20 different track configurations spread across roughly 1,729 aces. It’s a venue used by numerous automotive companies and a circuit that Ducati uses extensively before any new model reaches the final stages of production. For the Superleggera, this will be the last in a long line of quality control steps before the first purchased examples get shipped to the United States.

The Ducati Superleggera V4 weighs 350 pounds in its standard presentation, if you can call anything about the bike “standard.” In race trim, however, which includes Akrapovič titanium racing exhaust, the model comes in at only 335 pounds (dry weight) and the output of its Desmosedici Stradale V-4 engine bumps up to 234 hp. That figure, combined with the bike’s ubiquitous carbon fiber—comprising the chassis, swingarm, wheels and body—give the machine a power-to-weight ratio of 1.54 hp per 2.2 pounds.

Sure to be an instant classic, the market-ready Ducati Superleggera V4 is due to start official production this week. But if you think you may have missed out on your chance to own one of the 500 available units worldwide, think again. We have just been informed that Ducati North America is still taking orders for the fastest, lightest, most extreme motorcycle that the Italian manufacturer has ever made for the public.