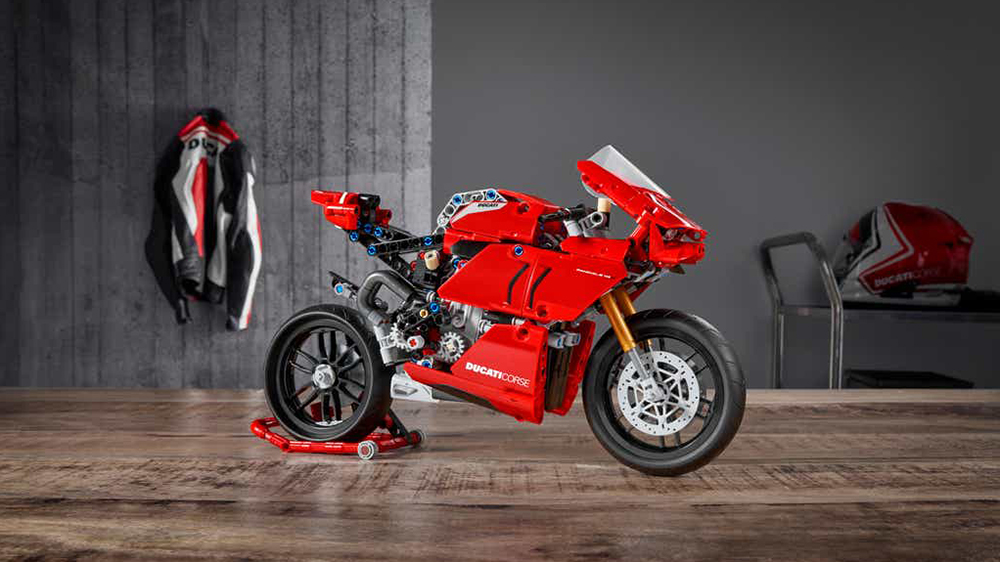 Ducati’s most powerful production bike is about to become a whole lot easier to get your hands on. In fact, with a couple hours of intense concentration, you’ll even be able to build one yourself.

That’s because, come August, Lego is set to release a new Technic set based on one of the Italian motorcycle maker’s most lusted-after bikes, the Panigale V4 R, according to a press release from the toymaker. And while the set may not include all the cutting-edge bells and whistles of the full-sized two-wheeler that inspired it, it will include its very own working gearbox.

The beloved Danish toymaker worked directly with Ducati to properly capture the style, sophistication and performance of the marque’s ultimate superbike. Remarkably detailed, the intermediate set (it’s intended for ages 10 and up) consists of 646 pieces. A significant number of those pieces is dedicated to recreating the bike’s powerful 998cc Desmosedici Stradale R motor, which has been pared with a working two-speed gearbox. In a first for Lego, the simplified motor and gearbox, both of which use existing pieces, work in conjunction with one another.

Other realistic features of the Panigale V4 R set include an active steering head and suspension, exhaust pipe, windshield, dashboard and disc brakes. And, of course, all the bike panels are finished in Ducati’s trademark red.

“The Ducati Panigale V4 R is such an elegant Italian icon and a true technological masterpiece.” Lego Technic senior designer Aurélien Rouffiange said in a statement. “It was essential that I included as many authentic details from the real motorbike as I could when designing the new Lego Technic version, ensuring I captured all the bike’s curves and the unique features.”

Lego Technic’s Ducati Panigale V4 R is the latest ultra-realistic set based on a vehicle that we’ve seen from the toymaker. Last fall, the company unveiled a 2,573-piece recreation of the rebooted Land Rover Discovery. As you would expect,  both sets are significantly more affordable than their real-world counterparts. The Ducati Panigale edition is expected to sell for $59.99.