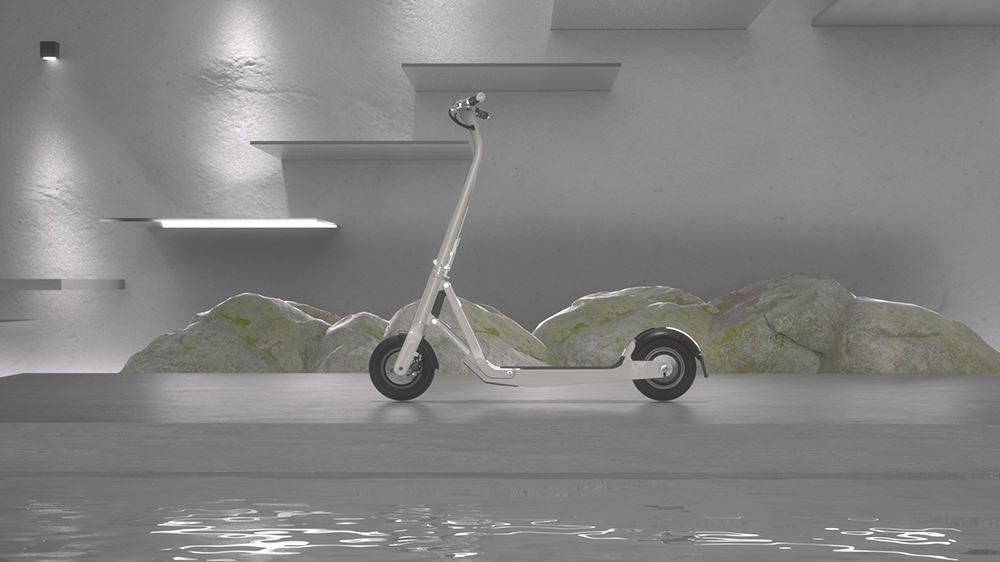 McLaren’s first EV is finally here, but it’s not the battery-powered hypercar you may have been hoping for. In fact, it doesn’t even have four wheels.

Lavoie, a subsidiary of McLaren Applied, has just unveiled a new electric scooter called the Series 1. It may not be a match for the Elva or the Speedtail, but the vehicle was built to hypercar standards and features an innovative one-touch folding mechanism.

The Series 1 is one of the more interesting last-mile mobility solutions we’ve seen this year. The e-scooter’s design may not turn out to be as influential as that of the F1, but it’s pretty slick. Our favorite detail is the triangular headlight integrated into the handlebars (which also feature an integrated display for turn-by-turn navigation). The two-wheeler also boasts a magnesium frame which helps give it a more grown-up look than the Razor you may have ridden as a kid.

We don’t know how fast the scooter is just yet, but its battery provides enough juice for 31 miles of travel per charge thanks to a kinetic energy recovery braking system. The battery can be fully charged in as few as two hours, which should make it very convenient for day-to-day use. Also, helping with this is the fact that the entire vehicle folds up into an easy-to-carry size when you flip a switch built into the steering column. Be warned, though. It weighs 36 pounds, which isn’t exactly light.

“We wanted to make a vehicle that’s reliable, faultlessly functional, powerful, stylish, full of state-of-the-art technology—and built the way you would a car or a motorcycle,” Lavoie co-founder Eliott Wertheimer said in a statement.” We knew we could do this by combining our own expertise and experience with a company that operates at the highest level in the fields of automotive, motorsport and electronics.”

We’re still waiting to find out how much the Series 1 will cost and when it will be available, but Lavoie says the information should be available in the coming weeks. Whenever the e-scooter does arrive, it will be joined by a full-fledged electric vehicle sometime later this decade. The brand has already said it’s working on a battery-powered model—which could also be its first SUV.