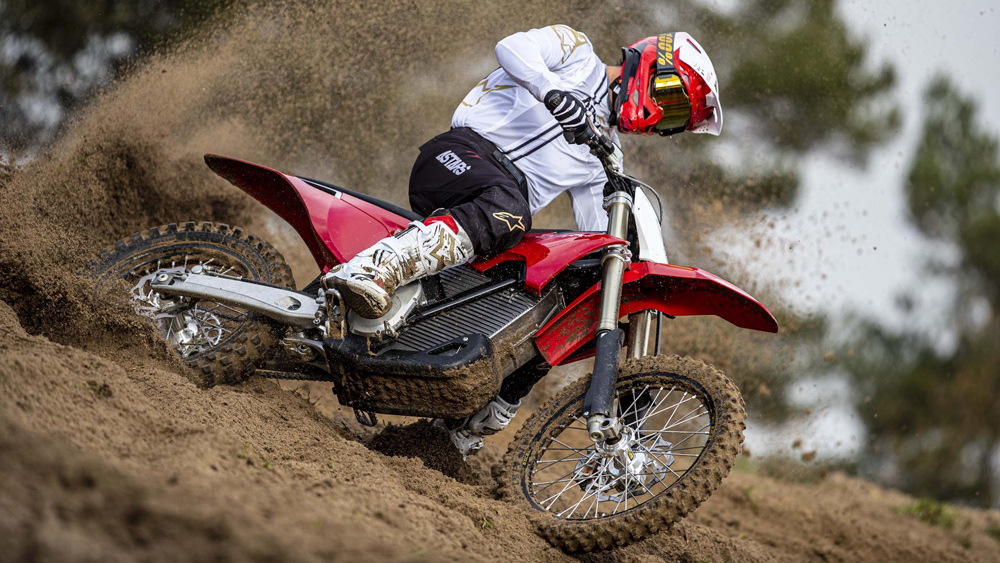 Stark Future, a powersports company originating in Sweden but based in Barcelona, Spain, has picked up where the now-defunct US brand Alta left off. Its recently debuted all-electric Stark Varg motocross model comes to the track with a choice of either a 60 hp or 80 hp zero-emission motor, the latter marking a 30 percent increase in output from a traditional 450 cc single-cylinder machine in the same category, while delivering double the torque.

The Stark Varg (Swedish for “strong wolf”) is fit with a 6kWh battery weighing 72 pounds, with the entire bike weighing 242 pounds, putting it on the lower end of the scale against a 450 cc machine with a full tank of gas. Stark Future claims that the battery capacity is good for around 40 minutes of Grand Prix-level riding and up to six hours of recreational riding, with the motorcycle taking up to 2 hours to charge.

The all-electric Stark Varg will be offered in 60 hp and 80 hp variants.  Photo: Courtesy of Stark Future.

One of the big selling points with the Stark Varg is that it aims to be all things to all off-road riders by way of potentially 100 different throttle maps. Tuned by way of the shockproof smartphone dash, the bike can mimic the behavior of a 125 cc two-stroke right up to a 650 cc four-stroke, and you can make your own tailored throttle map on a computer and send it directly to the Stark Varg via Bluetooth. And off-road riders will recognize the Kayaba suspension, Brembo brakes and wheels comprising CNC-machined aluminum hubs and rims.

Kayaba suspension, Brembo brakes and wheels comprising CNC-machined aluminum hubs and rims are all part of the package.  Photo: Courtesy of Stark Future.

In developing the all-electric model, designers did not have to cope with the restrictions imposed by an airbox, radiator, fuel tank or exhaust system, so the bike is incredibly compact between the frame rails. As mentioned by test rider Sébastien Tortelli, a former World Motocross Champion, getting the ergonomics right was critical. He notes that “the chassis is balanced as well as nimble. The light weight means you can really move it around with ease and attack those jumps and sections.”

The Stark Varg can mimic the behavior of a 125 cc two-stroke machine right up to a 650 cc four-stroke offering.  Photo: Courtesy of Stark Future.

The model is meant to be a boost for motocross in general, according to Anton Wass, CEO and co-founder of Stark Future. “As motocross riders and fans, we knew that the sport was in a chronic state, and we are losing tracks in Europe every week. It felt like motocross was going backwards while the potential for innovation with electric mobility is going quickly forwards. Our motivation was born out of frustration with the scene and the need to contribute something that would help our surroundings . . . it’s exciting to see how the Stark Varg has exceeded our expectations.”

Stark Future plans to have both the 60 hp and 80 hp versions on sale in the US, priced at $11,900 and $12,900, respectively. Dealer delivery is scheduled for September of this year. 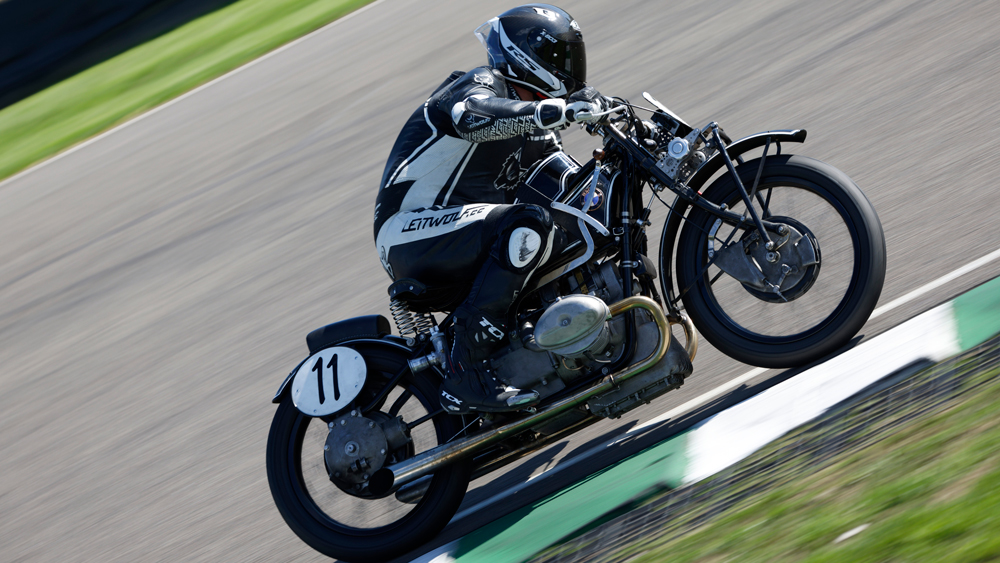