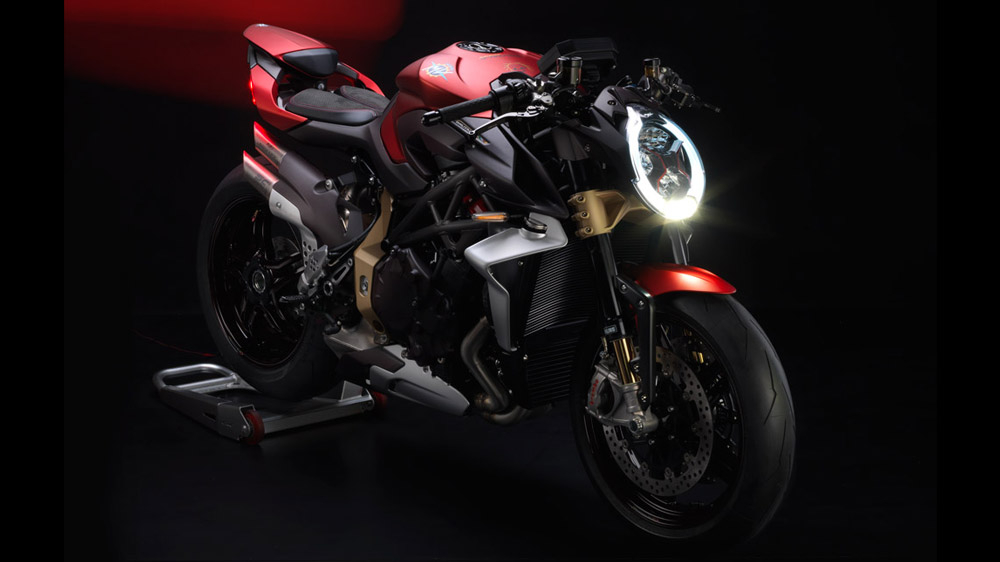 MV Agusta could be considered the two-wheeled version of Lamborghini: dreamy, with a financially troubled past, and oh-so-Italian. Under the guidance of second generation company president Giovanni Castiglioni, the manufacturer housed on the banks of Lake Como in Varese—60 miles north of Milan—has gone through a transformation of late thanks to an influx of Russian millions.

As such, they are reorganizing their business model to focus on the very highest end of modern motorcycling. This includes various limited production models, including the stunning MV Agusta Brutale 1000 Serie Oro unveiled to the public at the EICMA Show in Milan on November 4.

According to MV Agusta, the bike has a top speed of over 180 mph and an incredible 208 hp at 13,450 rpm. The latter increases to 212 hp at 13,600 rpm when the machine is fitted with the SC-Project titanium racing exhaust.

Those horsepower numbers guarantee the model the title of world’s most powerful production naked bike, and also put it near the top of the best superbike numbers currently being produced from competition rivals Ducati and Kawasaki.

Castiglioni has an enormous responsibility on his shoulders as he attempts to steady the MV Agusta ship over what has been decades of troubled waters. However, if machines like this Brutale 1000 Serie Oro are what’s in store for the future, we could once again be witnessing the Renaissance of one of Italy’s most revered motorcycle brands. Availability and pricing for the United States have yet to be announced.