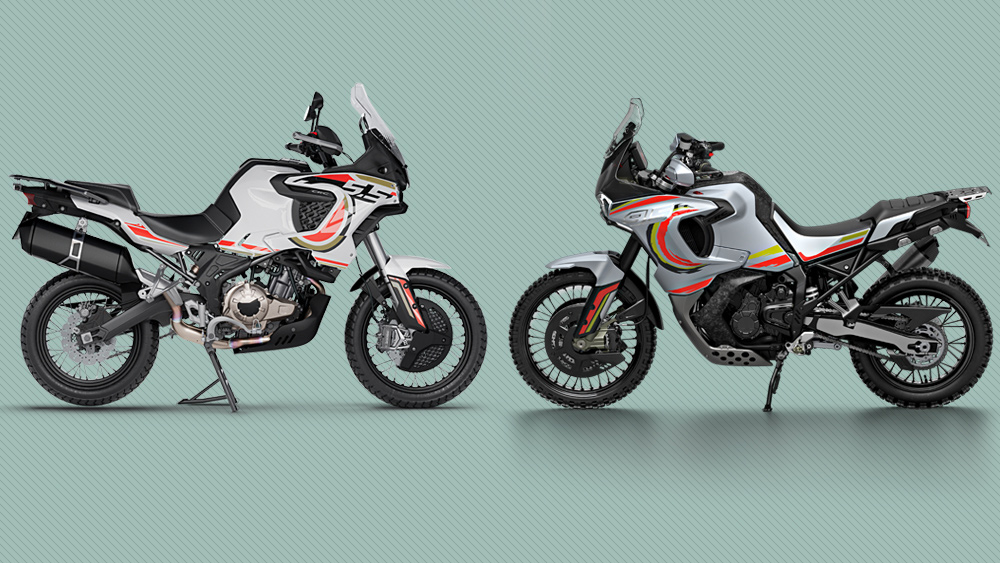 We all know that motorcycling’s adventure market is hotter than Hansel right now, but there’s been one manufacturer conspicuously missing from the ranks of those models. If you guessed MV Agusta, well done. And if you’re a little perplexed by its absence, you’re not alone. MV Agusta is typically associated with breaking lap records with its bevy of limited-edition sport bikes but, also being the umbrella manufacturer of Cagiva motorcycles, there is a precedence for it in the off-road segment.

During the glory years of the Paris-Dakar competition in the 1980s and early 1990s, the Lucky Strike–sponsored Cagiva Elefant (sic) became one of the most iconic machines to take the start, winning in 1990 and again in 1994 with renowned Italian racer Edi Orioli.

That machine was powered by a motor from Ducati, which at the time was owned by brothers Gianfranco and Claudio Castiglioni. In fact, Cagiva stands for CAstiglioni GIovanni VArese, with Giovanni being their father’s name, and Varese being the area in Italy where the company was founded.

To make matters a bit more confusing, the Castiglioni family also owned MV Agusta until very recently, when the company was sold to Timur Sardarov, who has done an impressive job of reinventing the brand of late.

All of this provides a bit of backstory to the Lucky Explorer Project, announced at the industry’s EICMA show in Milan at the end of November. The project will see MV Agusta drawing on the heritage handed down by Cagiva with two new models, the 5.5 and larger 9.5.

The 5.5 will be created in partnership with Chinese concern QJ and use a 550 cc twin-cylinder motor, while the 9.5 will rely on a modified version of the three-cylinder 800 cc motor found in the Brutale. For the 9.5, displacement will be punched out to a stout 930 cc for 123 hp and 75 ft lbs of torque. Both bikes will come bearing modern interpretations of the colors made famous by the Cagiva Dakar racers of 30 years ago.

The styling heavily reflects that of the 1980s Dakar bikes, but the throwback aesthetic is juxtaposed with contemporary touches like the 7-inch TFT display and LED light setup. And there’s plenty of front-end protection, with massive guards for the front of the engine and sump, as well as a disc guard and hand guards—all standard.

With the Lucky Explorer Project, MV Agusta is not just planning these two new adventure bikes but intends to create its own off-road movement. Lovers of the early years of the Paris-Dakar can look forward to various videos, social media posts and even vintage advertising. That will have to suffice for now, because no word has been released yet as to when these new models will be on sale or how much they will cost.