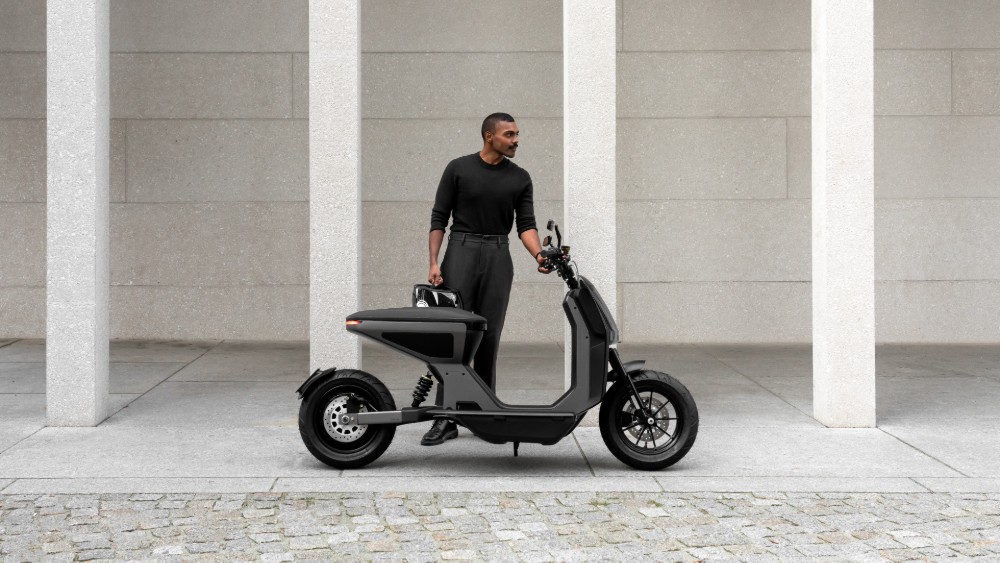 As the field of electric scooters continues to grow, a new player has entered the market. Earlier this week, Berlin-based Naon unveiled the Zero-One, a battery-powered prototype with a design inspired by an historic German school.

At first blush, the Zero-One’s looks a little like a Vespa from the post-apocalyptic future. It has a decidedly spare, stripped-down profile with a single-seat set up. That’s no accident. Naon says the design was influenced by the Bauhaus philosophy of form following function to pay extra attention to structural components. The result is a bare-bones body that has both style and edge, a scooter for those who eschew ornate flourishes for classic lines. Indeed, a transparent windshield below the steering handles offers the scooter’s only novel design element.

The Zero-One is powered by a 2.4kWh battery, which can give you about 25 miles on a single charge. If you want go a little further, you can add a second battery that would double the mileage. The batteries—which you have the option to buy or lease—can be charged at home or in the office. That’s because they’re conveniently located under foldable footrests, which allows them be removed and fully charged in about 90 minutes.

The electric scooter comes in two models—the L1e and the L3e. The L1e delivers a modest 4 hp that gives it a top speed of 28 mph, making ideal for city commuters who just need to get around town. For those who need more zip, the L3e’s roughly 13 hp somehow achieves a top speed of 62 mph, making it one of the fastest e-scooters on the market.

As you might expect, the Zero-One isn’t exactly cheap. Sure, it’s less expensive than the BMW Motorrad CE 04, but it doesn’t come with nearly as many design features. The L1e model can be had at a base price without a battery of about $5,625; the faster L3e, meanwhile, will set you back $7,340. Batteries can be had with either a one-time purchase of $1,140 or a monthly rental fee of $28.