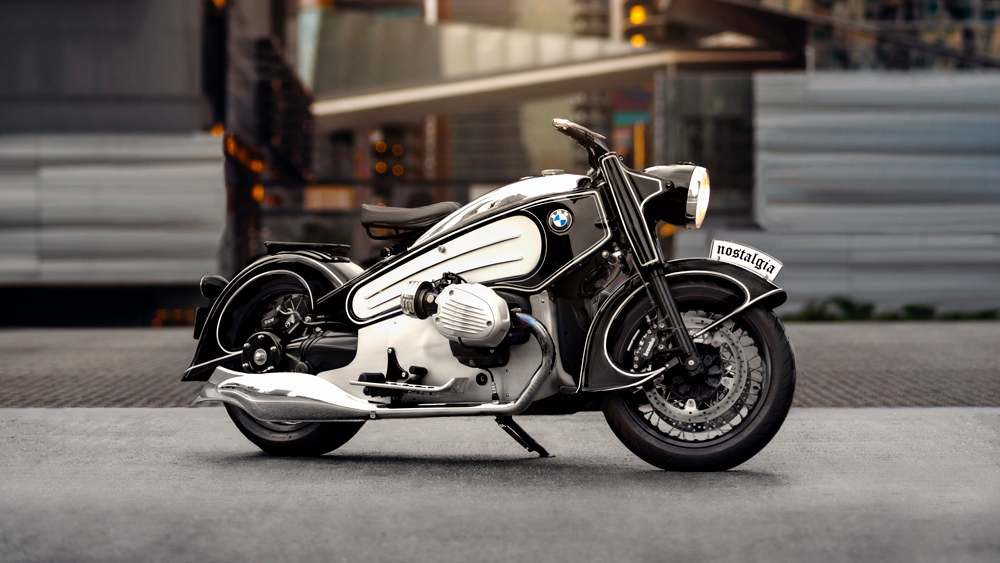 When a 1934 BMW R7 was presented at the Pebble Beach Concours d’Elegance in 2012, the motoring world took notice. The concept bike, which never saw production in the 1930s, had been stashed away and, presumably, forgotten about for more than 70 years. After its rediscovery in 2005, the one-of-a-kind motorcycle was painstakingly restored by BMW Group Classic.

During its reprised world tour, the R7 claimed best-in-class honors at Pebble Beach; however, some would argue that that award is only the second-most significant outcome from the revered concours. Alex Niznik, a self-professed serial entrepreneur, was in attendance that day, and upon seeing the bike he made it his goal to someday build a motorcycle that embraced and showcased similar vintage aesthetics, yet offered modern-day performance and reliability. “When I saw the R7 for the first time,” Niznik says, “I fell in love with it right there and then.”

Three years later, after he was made an offer for his business that he couldn’t refuse, Niznik found himself unexpectedly retired at the age of 55. Suddenly, he had time to devote to that aspirational motorcycle project and, over the next few years, he amassed a team of engineers, metal shapers, mechanics, painters, and managers to oversee what he calls “the rebirth of the mythological R7.”

The NMoto Nostalgia is built from a BMW R NineT.  Photo: Courtesy of NMoto Studio.

NMoto Studio is the Miami-based company born from those efforts, and the NMoto Nostalgia is the modern-day motorcycle that teems with vintage BMW appeal. “Because the R7 never reached production and most people did not see or hear about it, it definitely stirred an unprecedented interest for this type of bike,” Niznik explains. “It’s mind-boggling that the R7, built in 1934, was designed with aesthetic appeal that is still relevant to riders and buyers of motorcycles today.”

Utilizing the current BMW R NineT model as its foundation, the NMoto Nostalgia incorporates classically styled body panels and 96 handcraft parts, 74 of which are built by Nmoto’s team of engineers and designers. “I didn’t want to recreate the original R7; my main goal was to bring timeless design to a modern platform,” Niznik says. “With supreme speed and maneuverability, the R NineT serves as the perfect base for the Nostalgia project. As a heritage motorcycle, it’s the ancestor of the R7 and maintains that family line. It’s modern, fast, and comfortable, with a legendary air-cooled, 1,170 cc Bavarian boxer engine. The 110 hp engine, six-speed gearbox, traction control, and anti-lock braking system are all modern improvements to the line that help the Nostalgia compete with—and surpass—today’s motorcycles.”

With a base price of $39,500, the NMoto Nostalgia is a low-production motorcycle, which means only a limited number will be produced each month. Available in 11 color combinations, the bike also offers opportunities for customization, including adjustable steering and alterations to the motorcycle’s luggage box, passenger seat, and seat trim finish.

Levels of personalization notwithstanding, the NMoto Nostalgia’s greatest allure, according to Niznik, is the bike’s essence and how the motorcycle has married together two distinctive and divergent eras. “It offers all the style of the original vintage model with all the peace-of-mind of a new model,” he says. “It’s the perfect combination that makes a statement unlike anything else on the road.”