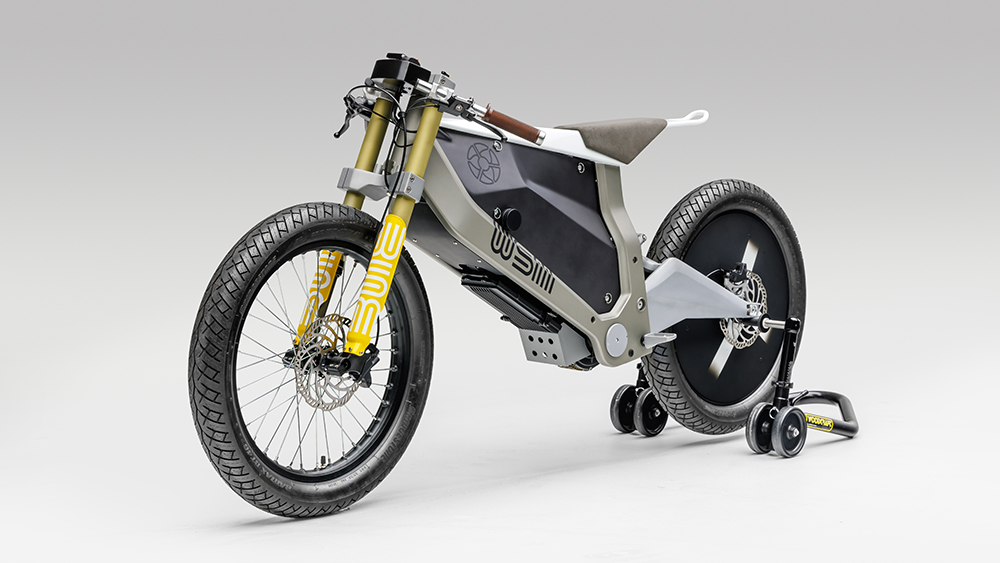 It’s no secret that the electric motorcycle market has exploded in recent years. Now a new exhibition at the Petersen Automotive Museum aims to showcase the drivers of the two-wheel revolution.

The LA institution’s latest show, “Electric Revolutionaries,” opens to the public on April 14 and will spotlight the world’s most innovative electric bikes and the disruptive designers who created them.

Located in the Richard Varner Family Gallery, the collection on view will comprise more than 25 groundbreaking battery-powered rides that are at the forefront of the category. Guest curated by Motor/Cycle Arts Foundation co-founder Paul d’Orleans, the show is a follow-up to the Museum’s first electric motorcycle exhibition that took place in 2019, and highlights just how far zero-emissions two-wheelers have come in that short time.

One standout is the “KillaJoule,” which is the fastest sidecar streamliner ever, regardless of engine type. Built by Swedish mechanical engineer Eva Hakansson on a shoestring budget, the custom land speed racer hit 240.7 mph at Utah’s Bonneville Salt Flats in 2014 to make Hakansson the world’s fastest woman on an electric motorbike.

Another highlight is a pair of solar-powered bikes resourcefully fashioned by Ghanaian teenager Samuel Aboagye.  Aboagye constructed the “Solar Scooter” and “Solar Rickshaw” using only salvaged, discarded and recycled materials that he could source for free.

“The One” Electric Motorcycle was designed by Curtiss Motors.  Ted Seven

“The One” by Curtiss Motors will also make its worldwide debut at the show. Conceptualized by JT Nesbitt, this retro-futuristic bike purports to showcase a quality of construction typically reserved for hypercars. Meanwhile, the award-winning “XP Zero,” designed by Hugo Eccles, will also be on display to show the future of electric cafe racers.

The show will include a few unconventional electric motorcycles, too, such as Joey Ruiter’s “Nomoto” which doubles as utilitarian street furniture, and Walt Siegl’s ultra-minimalist “Rontu” (pictured at top) which weighs a scant 100 pounds.

“This new display gives a unique and close-up look at the innovative machines and the creators behind them pushing the boundaries of motorcycle electrification and design,” Petersen’s executive director Terry L. Karges said in a statement. “The detail, level of craftsmanship and unorthodox thinking behind these electric motorcycles make them must-sees.”

You can order tickets for “Electric Revolutionaries” on the Petersen Museum website.