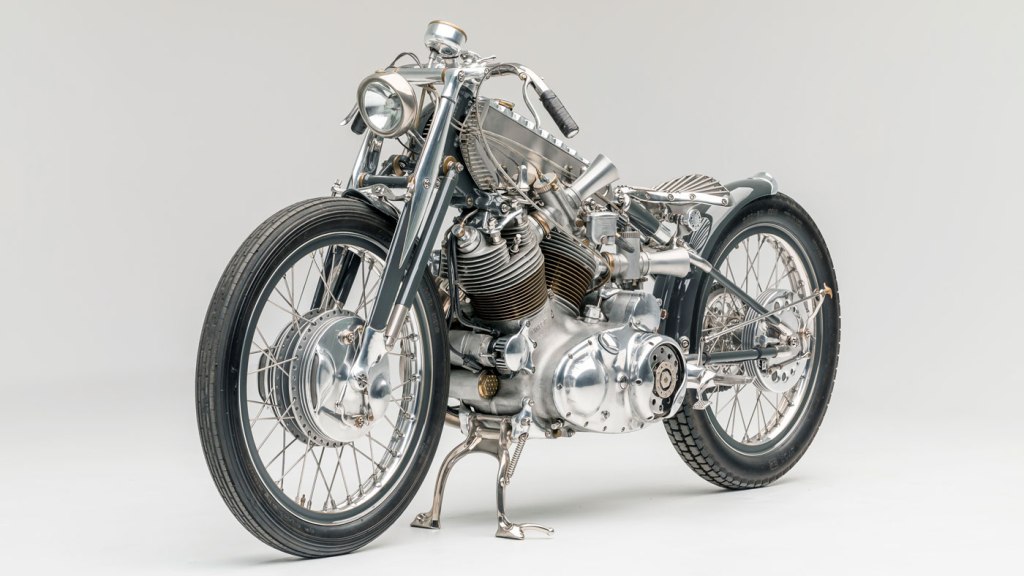 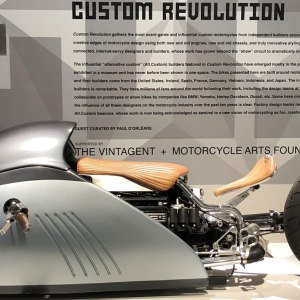 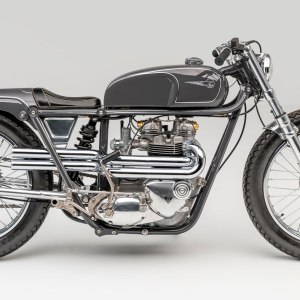 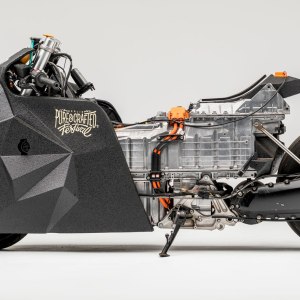 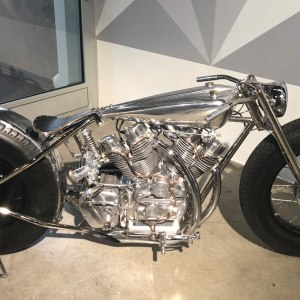 The Motorcycle has long been a calling card for the counterculture—anti-establishment independence mechanically manifested. But as the 1960s and ‘70s seemed to galvanize that association, subsequent decades saw biking become a bit bourgeoisie due to mass manufacturing and marketing.

A growing number of inspired bike builders have been fighting back, however, creating fantastical yet functional works of art as unique as the personalities behind them. It’s this shift that’s being showcased by the new “Custom Revolution” exhibit, opening today at the recently renovated Petersen Automotive Museum in Los Angeles.

“This is the first-ever hand-built [motorcycle] exhibition in a museum, and we’re very proud of that,” said Terry Karges, executive director of the Petersen, at a preview reception on the evening of April 13. It’s also the 42nd exhibit that we have opened since we reopened the new museum two years ago. So, it’s a proud achievement and we’re especially happy that we’re doing this with the motorcycles here tonight.”

The exhibition, showcased in the Petersen’s Richard Varner Family Gallery, was curated by Paul d’Orleans, a cognoscente and chronicler of all things motorcycle. He has gathered the works of 25 builders from around the world, presenting predominantly one-of-a-kind representations of their talent.

“This is an international show about a movement that is truly global in scope,” says d’Orleans. “I think it’s part of a Renaissance in motorcycle culture that’s happened in the last 10 years, and these are the visible gems of this Renaissance.”

Immediately setting the visual tone of the tribute is the bike Black (2011) built by Ian Barry and his team at Los Angeles-based Falcon Motorcycles. Suspend by cables at the entrance to the gallery, the polished café racer was born from a 1952 Vincent Black Shadow and features a 1,000cc V-twin engine complemented by a chassis, exhaust, and bodywork that has all been custom fabricated.

Suspended by cables at the entrance to the gallery, Black (2011) was built by Ian Barry and his team at Los Angeles-based Falcon Motorcycles.  Photo by Viju Mathew.

“I was attracted to British motorcycles, I felt there was a quality that was timeless,” Barry explained at the reception’s panel discussion. “Through the process of dissecting some factory bikes from different eras, from the ‘40s all the way to the ‘80s, I knew there was something more that I wanted to express.”

Another exceptional personal expression is from Barry’s fellow Angeleno, Max Hazan of Hazan Motorworks. His Musket 2 (2017) is a brilliant bob-job based on a 2018 Musket and carrying a limited-production V-twin from Aniket Vardhan. The initial Musket bike itself is a customized creation from Vardhan, who fashions them from Royal Enfield Bullets.

Inspired by their love for science-fiction films, Daryl Villanueva and his team at Bandit9 built the L-Concept (2018).  Photo: Courtesy Petersen Automotive Museum.

Overseas sensations include Dirty Pigeon (2017) from Kengo Kimura of Japan’s Heiwa Motorcycle, the L-Concept (2018) from Vietnam-based Daryl Villanueva of Bandit9, and E-LisaBad (2017) from Germany’s Rolf Reick of Krautmotors. The latter is an electric dragster reimagined from a 2017 BMW C-Evolution. Kimura’s bike is a beautiful bob-job constructed from a 1971 Triumph TR6, while Villanueva’s retro-futurist vehicle—originally a 1967 Honda Super Sport 125—is an homage to his favorite science-fiction films.

Plans for the exhibition only began this past December, but it was soon apparent that there would be great demand. “Asking people to give up their bike for a year—or a bike they’ve sold to a customer for a year—is a pretty big ask,” said d’Orleans before introducing the panel at the preview. “The response from every builder was an enthusiastic ‘yes,’ which meant we were doing the right thing.”

“Custom Revolution” will be on display at the Petersen through March 10, 2019.