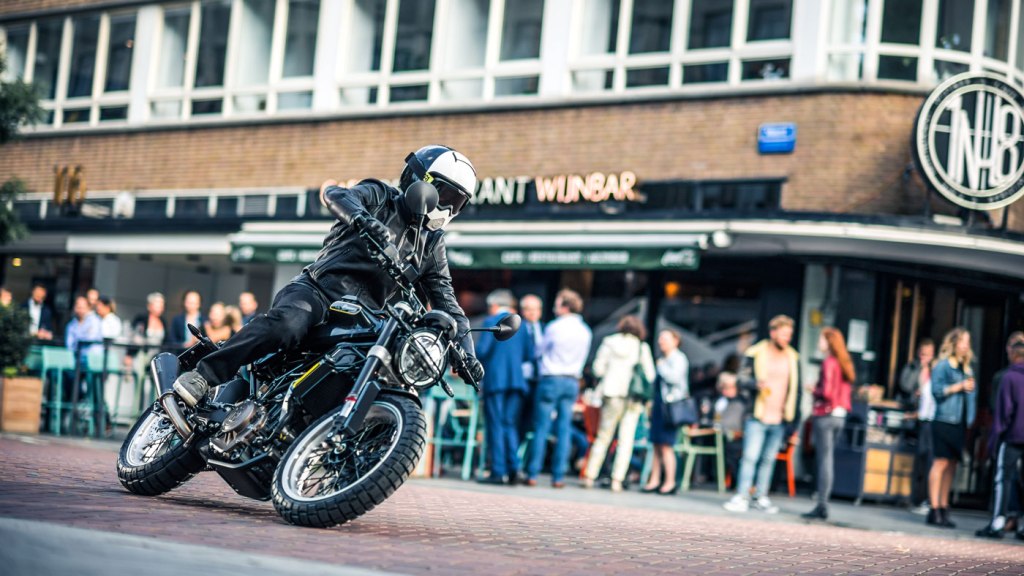 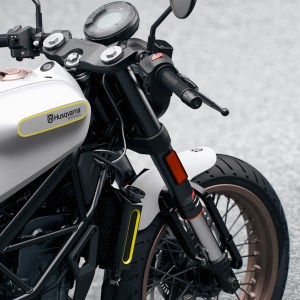 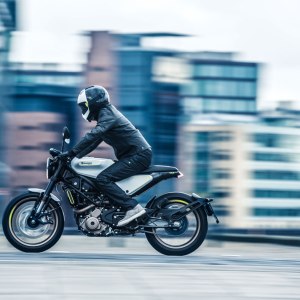 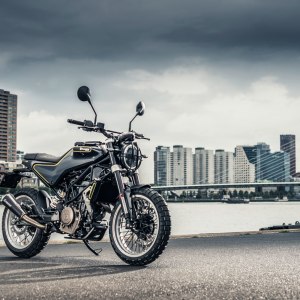 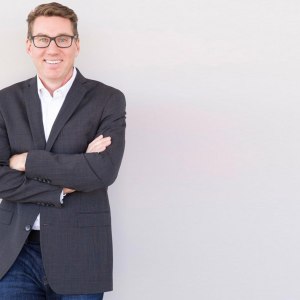 When Swedish company Husqvarna was founded in 1689, it originally produced muskets—but soon diversified into a manufacturer of all manner of household and motorized goods. As the brand grew, the firm’s many different facets were partitioned off, and it now represents a global conglomerate of companies. Husqvarna Motorcycles, bought by KTM in 2013, launched two new machines—the Vitpilen and Svartpilen—in New York City on February 22. With its latest releases, Husqvarna hopes to capture not only the attention of avid enthusiasts but beginners, as well.

We sat down with John Hinz, Husqvarna’s president for North America, and asked him about the company’s legacy, latest models, and why quality continues to matter.

When did Husqvarna start to build motorcycles?

The first year Husqvarna started building motorcycles was 1903. What’s amazing is that we’re the oldest brand that has continuously built motorcycles since its founding. We have a rich heritage in motorcycling, and there’s been a few spots along the way where there’s been some truly iconic bikes built.

Back in the 1960s, you had guys coming over from Europe and introducing the West to motocross and off-roading. And when that happened, Husqvarna was really the motorcycle to have. With the launch of the Vitpilen and Svartpilen, we’re hoping these will also be iconic motorcycles of the Husqvarna brand, adding another chapter to our history.

Tell us more about the two new bikes.

Back in 1955, there was a road-going motorcycle called the Silverpilen, which translates to “Silver Arrow.” So when we resurrected a road-going platform and began designing the two new bikes, we wanted to bring back that history. Consequently, the Svartpilen is the “Black Arrow,” while the Vitpilen is the “White Arrow.”

Both motorcycles have a very minimalistic feel as part of our Swedish roots, which is part of our brand’s core values. We’ve stripped away everything and really kept only what’s essential about motorcycling. And part of the style and beauty are the premium components.

Clearly, from a style standpoint, the Svartpilen has a little more of the knobby tire, high handlebars, slightly different ergonomic position, and look. For us, this represents a different emotional connection to customers than the Vitpilen, which has little clip-ons, a more forward seating position, and a café style.

Even though they have clear aesthetic distinctions, they’re both focused on the more style-conscious urban customer.

There are also two different displacements to help encourage novice riders—a 401(375cc) and a 701 (693cc) powerplant.

The Svartpilen, one of two new minimalist machines from Husqvarna.  Photo: Courtesy Husqvarna.

Husqvarna’s recent notoriety has been mostly related to motocross and endurance racing. Why bring out the road-going Vitpilen and Svartpilen?

Well, when the Silverpilen was released, the handling and engineering characteristics of the motorcycle were such that a lot of people began taking the street bike off-road. In the end, it became a catalyst for a new generation of off-road bikes for Husqvarna.

As with the 1955 Silverpilen, we feel like the Svartpilen and Vitpilen represent a new segment that will hopefully attract new customers to the sport of motorcycling and revitalize the market.

Are you planning to introduce a larger bike for more experienced riders?

We plan on continuing to expand the Svartpilen and Vitpilen series. I think that there are a lot of different opportunities that have come out of the research that we’ve done globally in terms of what displacements and types of engine architecture can be fit in both motorcycles. But there’s nothing concrete I can say at the moment.

For now, I think the 701 is definitely targeted toward more seasoned riders. That said, we’re still throwing some concepts out there to gauge interest and see what the reactions are from the public.

Where do you see the industry going?

I think the industry, as a whole, is becoming very specific. However, I don’t think it’s just a motorcycle trend but rather a consumerism trend. Customers are looking for a connection with products and brands that fit their lifestyle and what’s important to them. I think we see it across all consumer products, and we’ve definitely felt it in the motorcycle industry, where things are becoming much more segmented and precise in terms of motorcycle usage. You have adventure bikes for exploration and road bikes for cruising. Now, with our two new bikes, we feel like we have an opportunity to attract a new customer—a style buyer—that may not have been interested in the past. Everything is becoming highly targeted and more about quality.