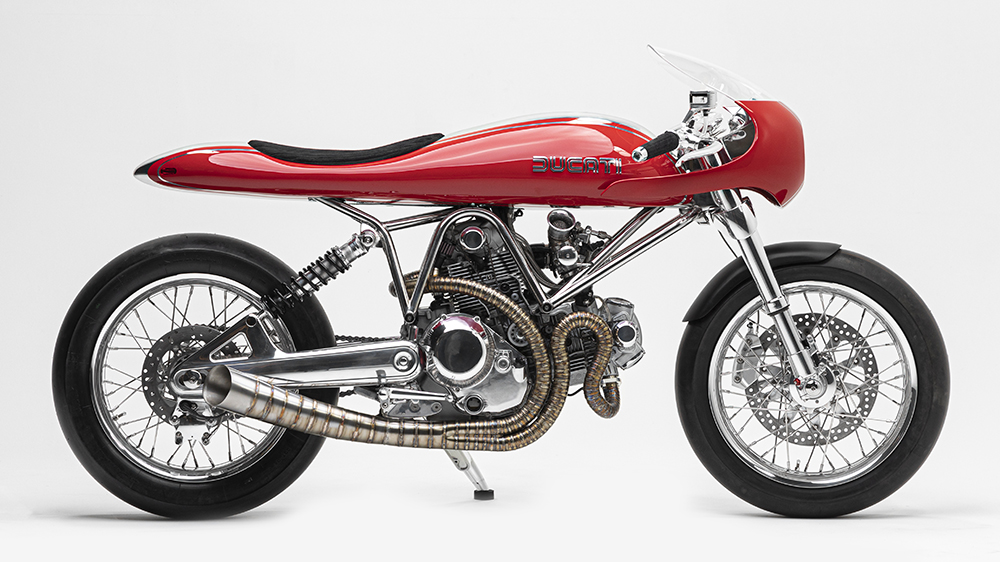 When Ed Boyd, an accomplished designer for brands including Sony and Nike and currently a senior vice president at Dell, approached Revival Cycles founder Alan Stulberg to explore the outer limits of motorcycle design, neither had any idea it would take seven years for their notions to come to fruition. But expediency was kicked to the curb in favor of perfection, as both designers chased quality to the nth degree.

For example, Boyd’s initial concept was to be powered by a Yamaha V-twin but was eventually revised to have a Ducati engine, based on that marque’s historical and aesthetic allure as well as its adaptability. And along the way, outwardly simple-looking sub-assemblies and even hardware required considerable R&D. And so the years added up. The result, a bike christened Fuse, is among the most complicated one-offs ever conceived and a hand-built calling card for what Texas-based Revival can do to bring its customers’ visions into the real world.

Boyd was inspired by Revival’s project J63, a Ducati-powered machine completed in 2015 that provided the impetus to develop something even more audacious by designing and fabricating elements the shop had never before attempted. At the heart of Fuse is an 1,100 cc L-twin from a mid-2000s Ducati Monster, the bike’s sole mass-market component, though thanks to upgrades ranging from custom throttle bodies to the handcrafted exhaust, plus an aggressively reimagined and streamlined aesthetic reimagining using all new parts, the engine is only vaguely recognizable as a Monster mill. “It’s so smooth, it looks like it shouldn’t work,” says Chris Davis, Revival’s chief mechanic. Nearly everything else is one of a kind, including the stainless-steel frame, swingarm and rear-set foot controls—even the 18-inch racing slicks are unique prototypes. All told, the two-wheeler required well over 1,000 hours of fabrication.

Especially complex is the one-piece, chrome-plated aluminum bodywork that incorporates the fuel and oil tanks, tail section and seat—to keep things clean, all cables and wiring are internally routed within the frame—but most complicated to design and execute was the handlebar and triple-clamp assembly. Conceived as a single unit, it integrates the clutch and brake master cylinders, hand levers, throttle, controls and instruments.

For Stulberg, the most gratifying aspect of the build was “having the experience of working with a talent like Ed,” he says. “Fuse demonstrates what can be achieved when a great client has the vision and resources to push the limits of design, fabrication and performance.” Well, all that plus an admirable amount of patience.