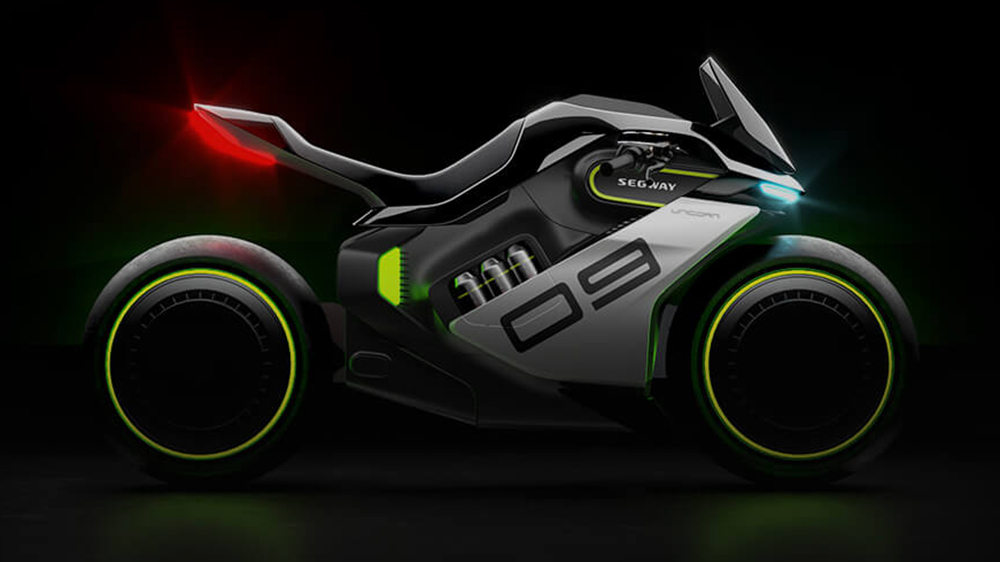 For proof that Segway is no longer the company it once was, you need look no further than its newest two-wheeled vehicle.

The brand, which is now owned by Chinese robotics startup Ninebot, has just unveiled the Apex H2 motorcycle concept. Powered by a hybrid hydrogen-electric powertrain, the bike will be capable of reaching a top speed of 93 mph, which would immediately one make the fastest Segways of all time.

The Apex H2 is the follow up to the brand’s 2019 electric super motorcycle concept, the Apex. Like that prototype, it sports a head-turning cyberpunk-inspired design that wouldn’t be out of place in a Tron sequel.The glossy black and white bike is all bold shapes, sharp angles and an outlandish one-sided front fork. The most striking aspect of the design, though, are the neon-lit accents that draw your attention to its wheels and sleek motor bay.

The engine setup holds its own, too. The Apex H2 will feature a hybrid powertrain that will convert gaseous hydrogen into electrical energy via a special fuel cell, reports New Atlas. Ninebot says the hydrogen-electric setup will be able to generate over 80 horsepower and rocket the bike from zero to 60 mph in less than four seconds. Considering that the original Segway—yes, the infamous two-wheel personal transporter favored by mall cops—topped out at 10 mph, that’s pretty impressive, even if it is slower than the Apex concept’s quoted top speed of 124 mph. Of course, there’s one key difference between the two bikes: The Apex H2 will be one of the rare concept vehicles you’ll be able to buy.

Ninebot says the bike will go into production in 2023, with deliveries expected to begin that same year. When the H2 does finally go on sale, the bike will join a varied Segway lineup that includes a Wall-E-esque motorized chair on wheels and a high-performance, Lamborghini-approved go-kart that can go 25 mph. You do you, Segway.