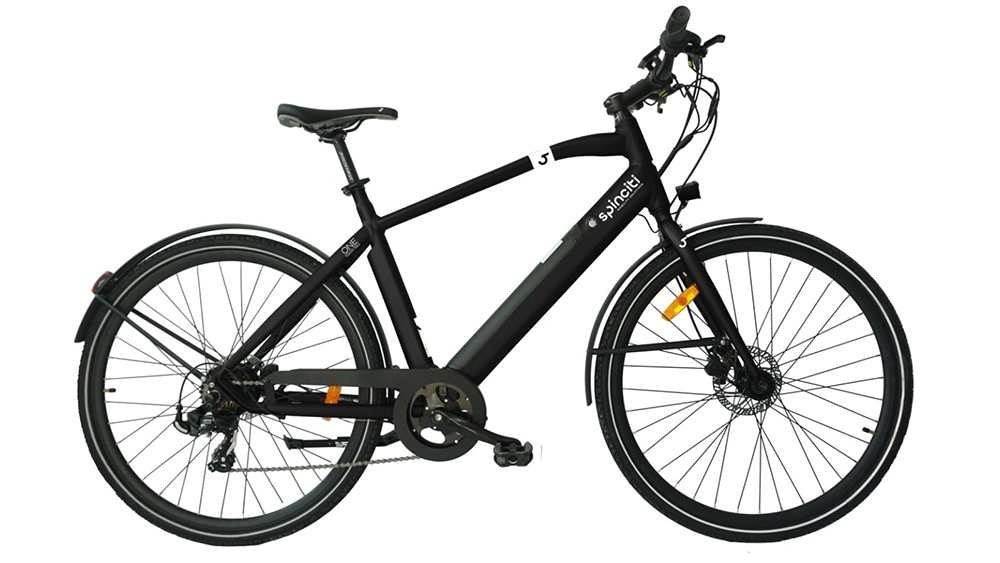 Headache-inducing traffic and the related smog it produces have drawn the ire of many, especially city-dwellers. In search of an inexpensive and expeditious means of getting around, the humble bicycle has seen a swell of interest in recent years with many urban centers installing bike-sharing programs to meet demand. But sometimes the need for a little extra boost, either when in a rush or when your legs just can’t quite pump all the way up a steep incluine, is the catalyst for an exciting update to the two-wheeled vehicle. That’s why Spinciti is about to release its first model, an electric bike elegantly designed for modern life.

Currently raising funds via an Indiegogo campaign, The Amsterdam takes its name from one of the world’s most bike-friendly cities. As reported in The Verge, this mid-priced style allows the user to customize the bike based on their needs and preferences. The minimalist frame itself comes in two different versions, either of which can be outfitted with one of three different motors of varying horsepower.

Spinciti’s founders, Bernie Gonzalez and Carlos Gomez Andonaegui, hail from Mexico City and both have a background in health and fitness––something which shines through in many facets of the bike’s design. The company has its own app which can track your speed and miles traveled while integrating with other apps like MyFitnessPal and Apple Health, just to name two.

Amsterdam comes equipped with a Shimano eight-gear shifter to assist when traversing hilly terrain, a situation when its motor definitely comes in handy. The two most powerful of the three motor options can help the rider achieve speeds of up to 28mph and the company estimates the battery can last up to 50 miles before needing to recharge. (You can, of course, still ride the bike when the motor is out of juice.)

The basic version of Amsterdam retails for $1,500 while its more robust cousin comes in at just under $2,000.  Spinciti’s crowdfunding effort still has 30 days left, so head on over to learn more about the bike’s specs and maybe even reserve one for yourself.