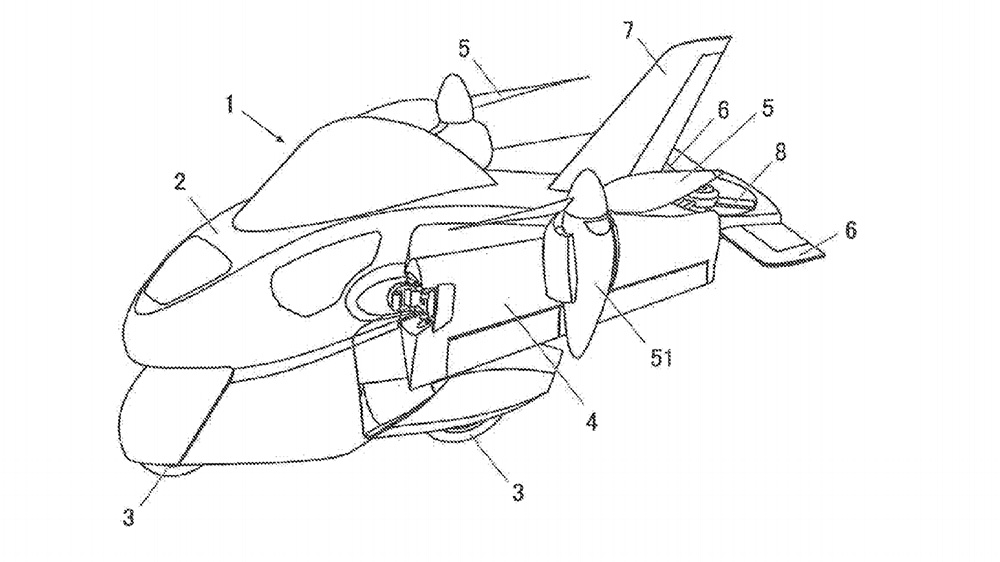 True, the flying car concept is nothing new. The flying motorcycle, though? That’s something we haven’t seen before.

Fortunately, it appears that Subaru might be looking to change this. The Japanese automaker has filed a patent application for a motorcycle that will also function like an airplane or helicopter.

The application, which was filed with the US Patent and Trademark Office early last month, was unearthed by Motorcycle.com on April Fool’s Day. Despite the timing, the application appears to be no joke, describing a land-to-air vehicle that will have vertical takeoff and landing (VTOL) capabilities.

Based on the language and sketches included with the application, what the automaker’s new flying concept is basically a motorcycle tucked into the fuselage of a small one-person airplane. When on the ground, the plane’s wings tuck into its sides, but when you’re ready to take to the air, they extend outward with propellers facing upward so the bike can lift off the ground. Once in the air, the wheels retract and the wing and propellers flip sideways. It looks a little cartoonish in the schematic drawings, but no more so than some of the other VTOL concepts that have gotten off the ground.

One interesting aspect of the patent: The flying motorcycle Subaru is describing isn’t an eVTOL. That’s because it’ll be powered by an internal combustion engine as opposed to an all-electric powertrain. That’s curious if only because in 2021 most of the new VTOL concepts being auditioned are fully electric.

A representative for Subaru did not immediately respond to a request for comment.

Of course, Subaru’s flying motorcycle only exists as a patent application at the moment. It’s unknown how far the vehicle is in the development stage or whether the application is merely speculative. We won’t mince words, though: This is one vehicle we’d love to see get off the ground.