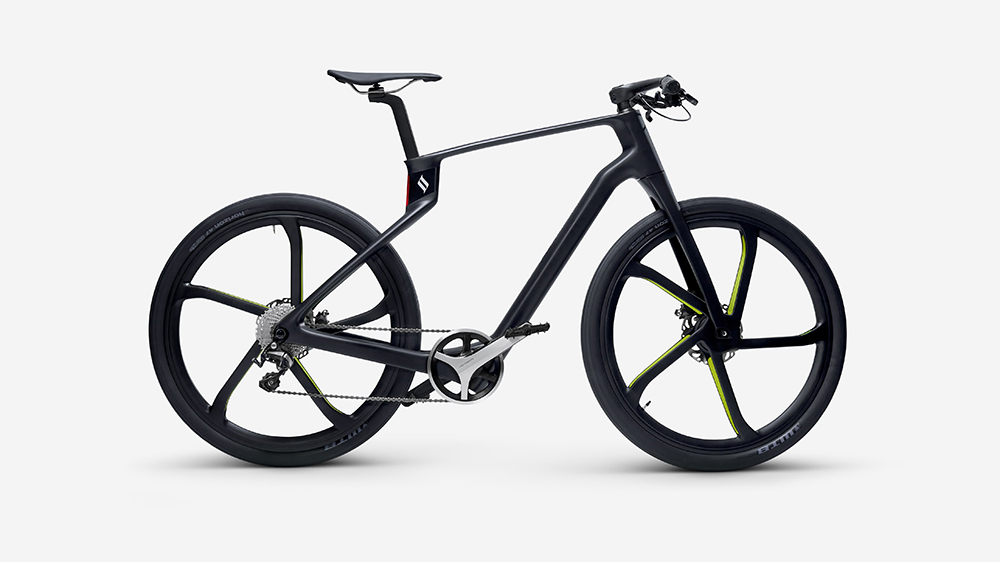 The hardest part of finding the right bike is finding a frame that fits your body. But that won’t be a problem with at least one new electric bike. Arevo’s Superstrata Ion has a carbon-fiber frame that is custom built to match your personal specifications.

According to Silicon Valley-based company, the Superstrata Ion is essentially tailor-made for each rider. To make that happen, the company takes 18 measurements to create what it calls the “world’s first” 3-D printed unibody carbon-fiber frame, customized to your body type and riding style.

The new electric bike can be made for anyone between 4’7” and 7’4.” Once the company takes your measurements, along with your preferred riding style, the frame is 3-D printed from unibody thermoplastic carbon fiber. The resulting piece is seamless (thanks in part to the lack of a downtube), impact resistant and weights just 3.7 lbs. Each frame takes 10 hours to complete, and there are over 250,000 unique combinations possible, the company told The Verge.

The rest of the bike is pretty impressive, too. It’s powered by a rear-hub 250W motor and 252Wh battery that give it a range of 60 miles per charge and an assisted top speed of 20 mph. The motor setup brings the bike’s total weight to 24.2 pounds, which is light by e-bike standards. It comes with spoked alloy rims that are also 3-D printed.

The Ion starts at $4,000 (the non-electric Superstrata Terra is available for $2,800). If that seems like a hefty investment, it’s actually on the low end for carbon-fiber bikes, which can cost upwards of $12,000.

The comparatively low price may be due to Arevo’s newness to the category. The company is not well-known in the cycling world. Nevertheless, CEO Sonny Vu believes the customized e-bike will speak for itself.

“Rather than knocking on the doors of these big bike companies and begging them to make stuff for them, screw that,” Vu told The Verge. “Let’s just ship a product that people love. And if the big bike companies want us to make carbon fiber frames for them? We’ll totally do it.”

Both Superstrata models are currently available for pre-order through IndieGoGo. If you’re worried about the campaign being fully funded, don’t fret. With 30 days to go, Arevo has already raised more than 10 times its initial $100,000 goal.