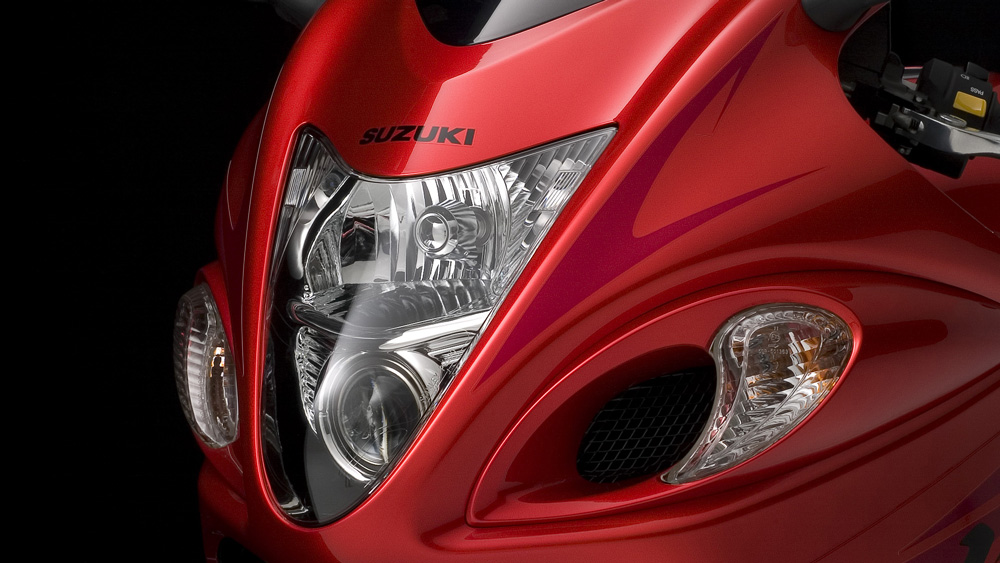 Twenty years is a long time in anyone’s business, especially so in the motorcycle industry. In a game that is seeing constant evolution and more new tech than ever before, having a motorcycle like the Suzuki GSX-R1300R Hayabusa still on sale is something of an anomaly.

The United States is one of a few countries that still sell the Hayabusa, the others being South Africa, Thailand, Chile, Australia, Canada, and Saudi Arabia. The continents of Europe, South America and mainland Asia have scrapped the ’Busa from Suzuki dealers thanks to ever-tightening emissions laws, putting an early end to this magnificent mile-munching motorcycle.

The Suzuki Hayabusa arrived in 1999—a strange time for the international motorcycle industry. superbike regulations were in the process of change, with the year prior seeing the debut of the bike that would redefine the category in the Yamaha YZF-R1. It would be another six years before superbikes were officially moved from 750 cc four-cylinder machines to 1000 cc machines, and something needed to fill the void.

The top-speed war, essentially a “mine is bigger than yours” contest between the Japanese manufacturers, started properly in 1996, when Honda released the 1,137 cc CBR1100XX Super Blackbird. Its competition was the 1,052 cc Kawasaki ZZ-R1100, and the Blackbird would move the goalposts to nearly 180 mph.

Suzuki wanted a piece of the action. It was not lost on the Suzuki marketing department that “Hayabusa” is the name of the world’s fastest bird, the Japanese peregrine falcon, capable of speeds up to 240 mph. It also hunts the Japanese Blackbird for food.

Suddenly, 195 mph was in the cards for the then asking price of $10,499. The Honda and the Kawasaki became instant also-rans. But the speed wars were over before they really began, as one year later the Japanese manufacturers got together for the famous handshake deal which stipulated that none of their production motorcycles would be allowed to exceed 300 km/h (186.4 mph). This, despite Kawasaki bringing out the infamous ZX-12R a year later, with a cheeky claimed top speed of 301 km/h (187 mph).

The 2019 version of the Suzuki superbike.  Photo: Courtesy of Suzuki Motor Corporation.

Thus, the Suzuki Hayabusa’s reputation as top speed king was sealed. Kawasaki even brought out their new ZX-14R in 2006, quite capable of giving it to the ’Busa in its day, but the world’s attention had moved on.

The Suzuki Hayabusa has only received one major update in its 20-year lifespan. In 2008, it was beefed-up with a 1,340 cc motor, new slippery bodywork (still as recognizable as ever) and variable throttle modes. It also got new ABS brakes and calipers in 2013, plus some new colors—and that’s it.

The 2008 edition stripped down.  Photo: Courtesy of Suzuki Motor Corporation.

The Hayabusa is still as good today as it was all those years ago. The 2008 update ensured the Hayabusa is still somewhat relevant in the modern era—although it lacks creature comforts like cruise control or heated grips, and safety features like traction control and wheelie control, now commonplace on motorcycles that can crack 300 km/h.

The instrument display from 2008.  Photo: Courtesy of Suzuki Motor Corporation.

Still, the Hayabusa has earned its place in motorcycling folklore. It’s possibly the last model we’ll ever get that was developed to go as fast as possible—to hell with the rules. And that’s one of the many reasons we still love it.