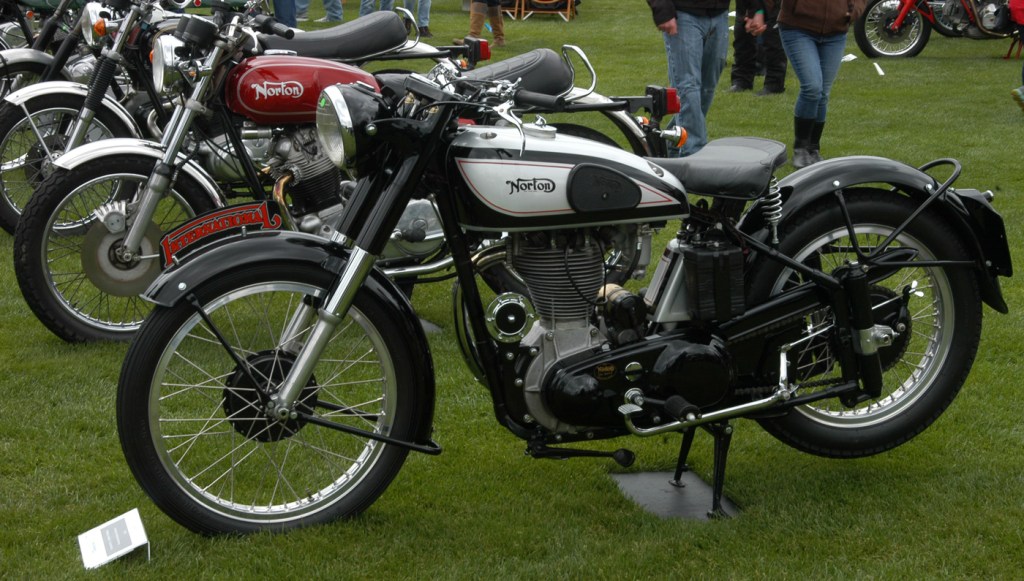 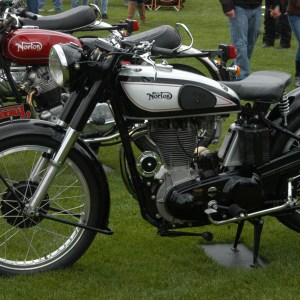 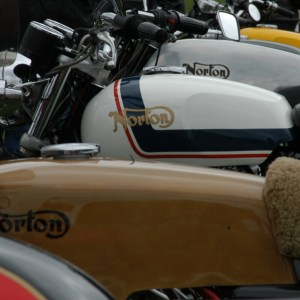 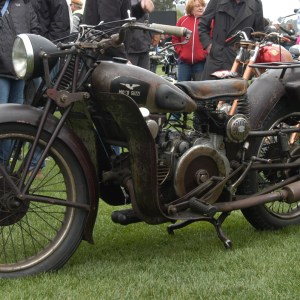 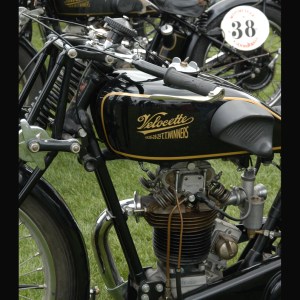 Motorcycles elicit a visceral response from rider and spectator alike, stirring deep emotions with their inexplicable allure. Perhaps the reason for this—aside from the promise of unmitigated thrills—is the motorcycle’s rich history of mechanical innovation and boldly progressive aesthetics. Nowhere was this engaging theme of two-wheel evolution better exemplified than at the 9th annual Quail Motorcycle Gathering in Carmel Valley, Calif., on May 6. “The Quail”—as it is affectionately known—has elevated the concept of a motorcycle show to something far more rarified, creating an appealing timeline of significant machines alongside a cadre of pleasantly strange inventions.

For the one-day display, Quail Lodge and Golf Club played host to an eclectic array of more than 350 motorcycles and scooters that spanned numerous periods of production. Cool temperatures and overcast skies threatened a rain that never came, the heavens seemingly as preoccupied with the parade of exceptional machines as were the 3,000 spectators. 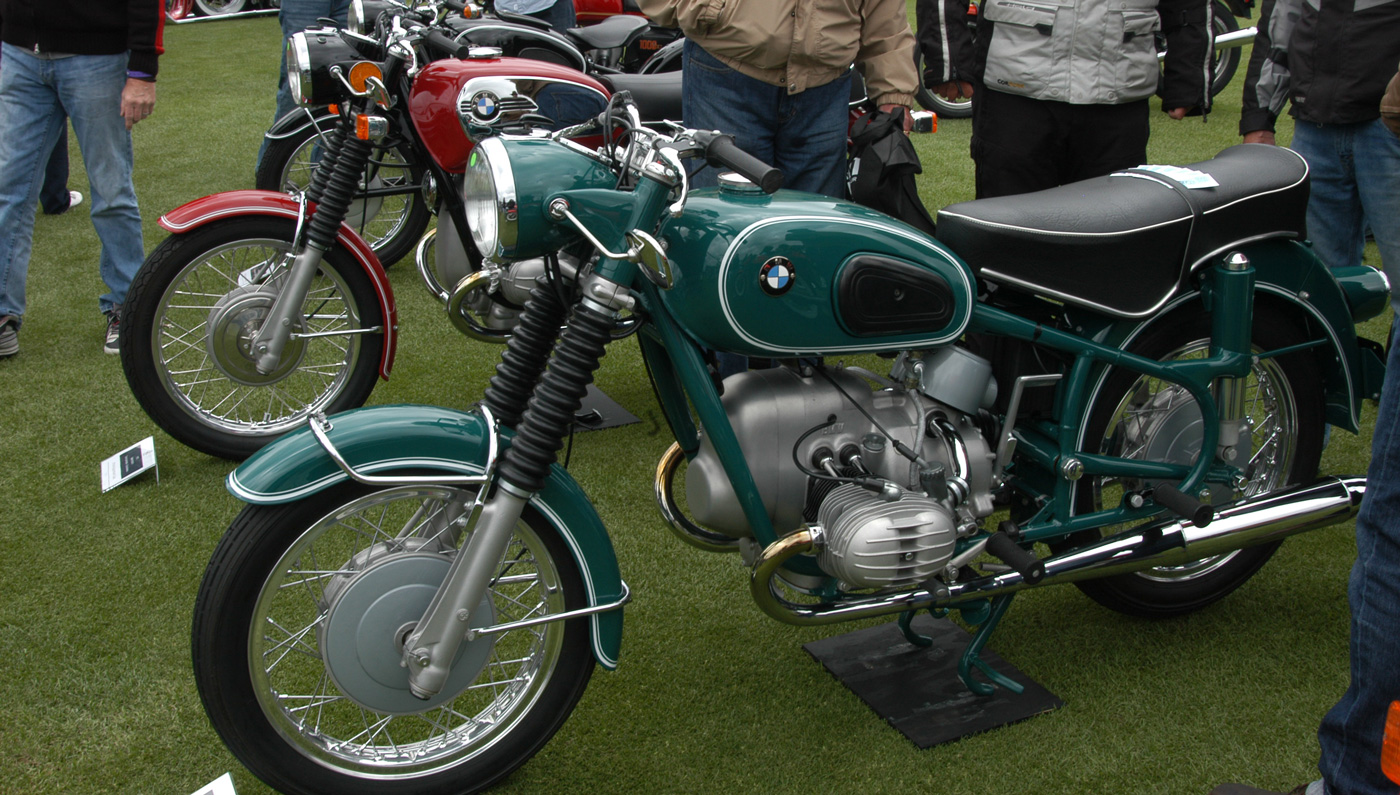 This year’s featured category commemorated the Norton Commando and the 50th anniversary of the iconic British bike. To celebrate the nod to Norton, virtually every model from the revered brand was in attendance. British iron was also represented with a host of examples from the stables of Triumph, BSA, Vincent, and Brough Superior.

But the prestigious field came from all across the map. Italy’s bike-building prowess was represented by Mondial, Benelli, Ducati, Moto Guzzi, and Moto Parilla, among others, while American offerings included board trackers of the early 1900s, classic Indians, custom Harleys, and a 2015 Motus. And as always, Germany’s BMW had a strong showing with rows of meticulous Boxers. One of only ten competition bikes ever built by New Zealand’s John Britten was also on display, winning the Significance in Racing Award. Naturally, the Japanese had a strong presence, with everything from Mini Trails to RD 350s to a showroom condition Yamaha XT500, as well as an impressive line-up of 70s-era Honda CB 350s with factory-option psychedelic paint schemes.

Other renowned entrants were also spread out over the grounds. Sharing the spotlight were several famous flat trackers, including one of Gary Nixon’s Triumphs (adorned with his signature number 9), a vintage Indian hillclimber, and a 1937 Indian Chief (which took first place in the American category). Also competing for attention were twin-engine drag bikes and a bevy of 60s- and 70s-era motocross machines in the form of Maico, CZ, Bultaco, and a stunning Penton (autographed by racer John Penton himself). Best of Show was bestowed on a rare 1957 Mondial 250 Grand Prix racer owned by John Goldman (pictured below) of California. 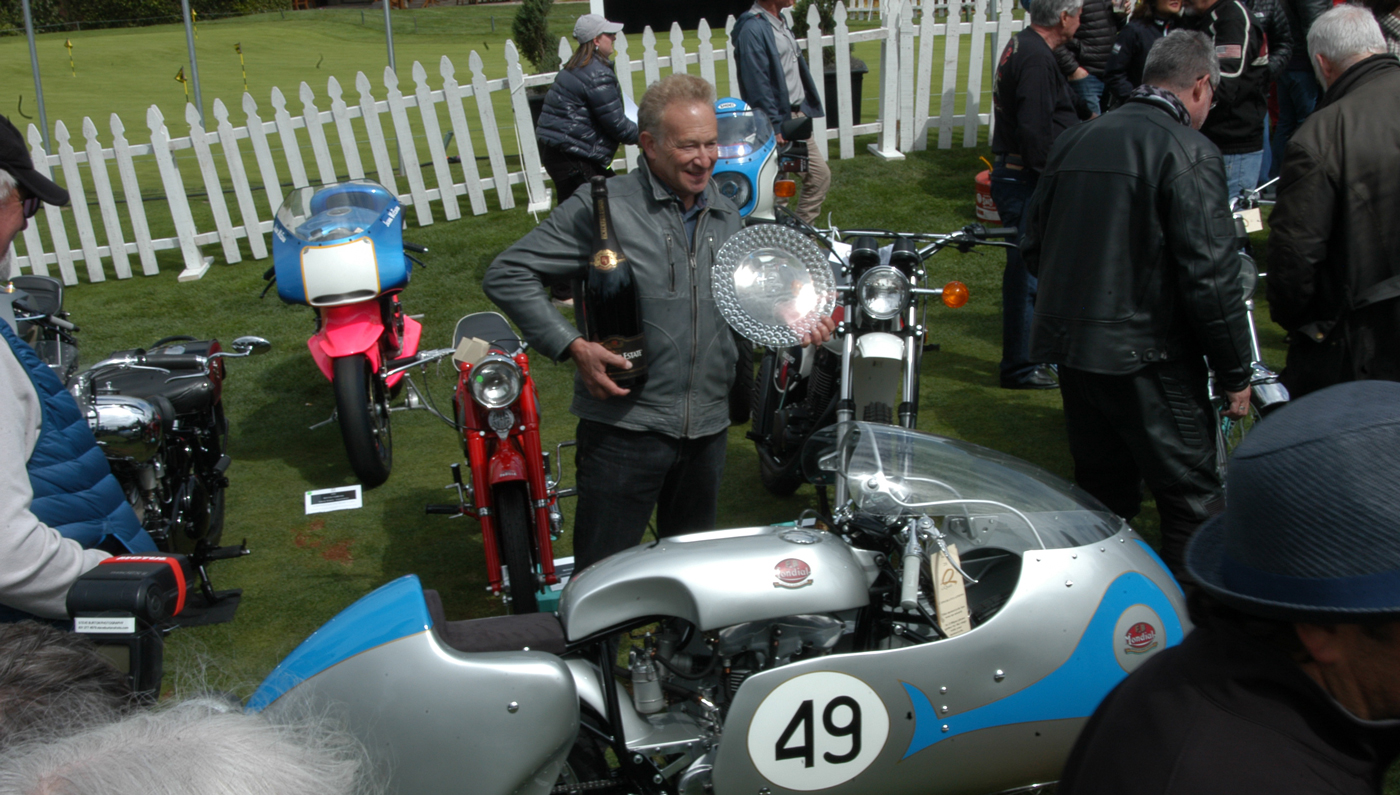 The Quail has garnered a reputation for seamlessly assembling an intriguing mix of motorcycles, from bygone production pieces to one-off race machines, modified customs to unorthodox experiments. The result is an engaging spectacle that attracts avid enthusiasts and the casually curious alike. Though renowned for showcasing immaculate restorations, The Quail has plenty of un-restored relics on hand, celebrating the character of accrued rust. Another aspect the Quail is known for is the number of machines on display that are in full working order and ridden regularly. Example of this was Trevor Franklin, who rode his mint condition 1980 Suzuki GS1000S 1200 miles from his home in British Columbia to win the Cycle World Tour Award. 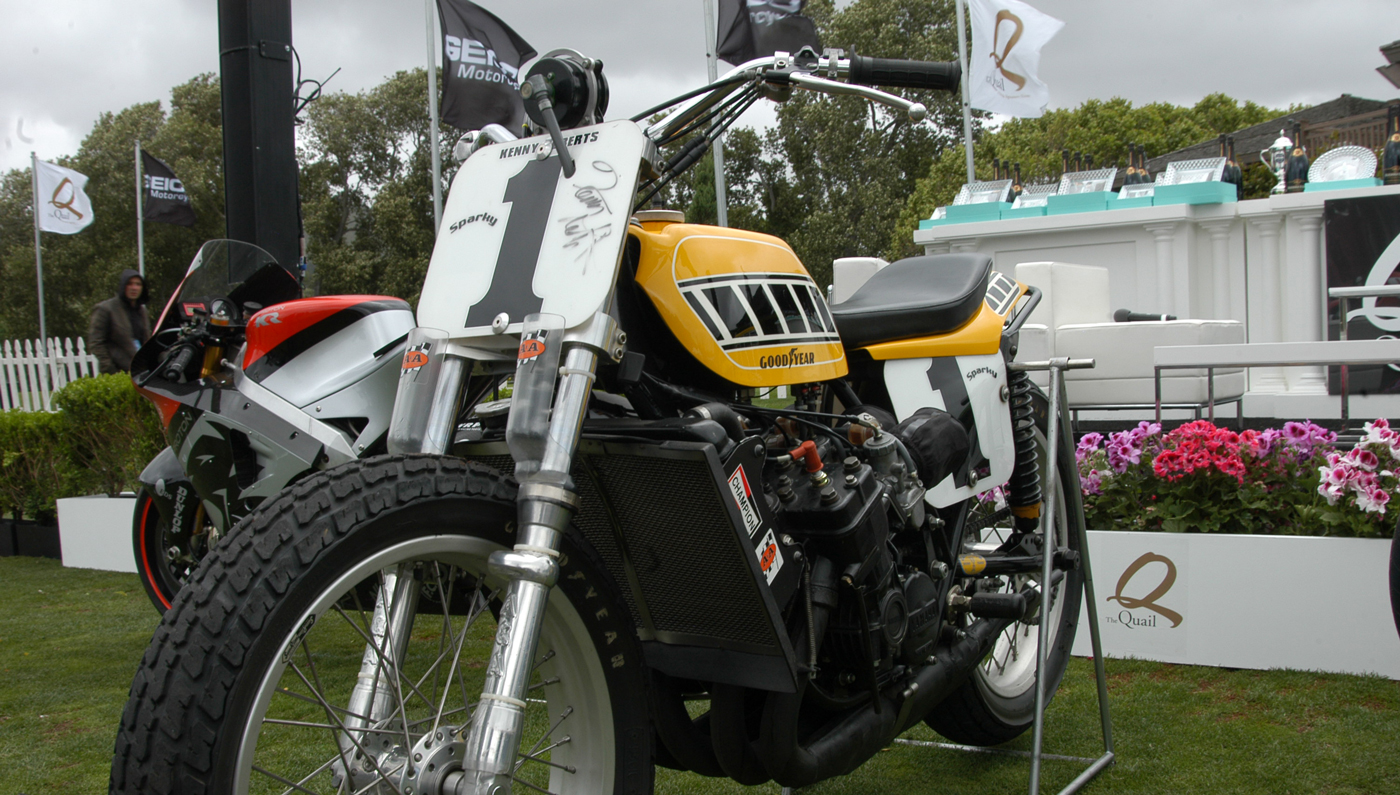 This year’s Legend of the Sport honoree was 3-time MotoGP World Champion Kenny Roberts (aka “King Kenny”) who was joined on stage with 3-time World Champion Wayne Rainey and legendary flat tracker Mert Lawwill. Accompanying Roberts was his 500cc championship-winning Yamaha, as well as the legendary TZ750 flat tracker (pictured above), currently owned by Ray Abrams. The latter may be one of the most infamous race bikes of all time. Roberts only competed on it at the 1975 Indianapolis Mile, which he won, and then immediately retired the irascible machine, saying, “They don’t pay me enough to ride that thing.” Quail attendees, however, were more than happy to dole out the $95 admittance (ticket price when purchased at the event) for just a peek at the one-time winner.

The Quail Motorcycle Gathering will roll out again on May 4, 2018. (signatureevents.peninsula.com)