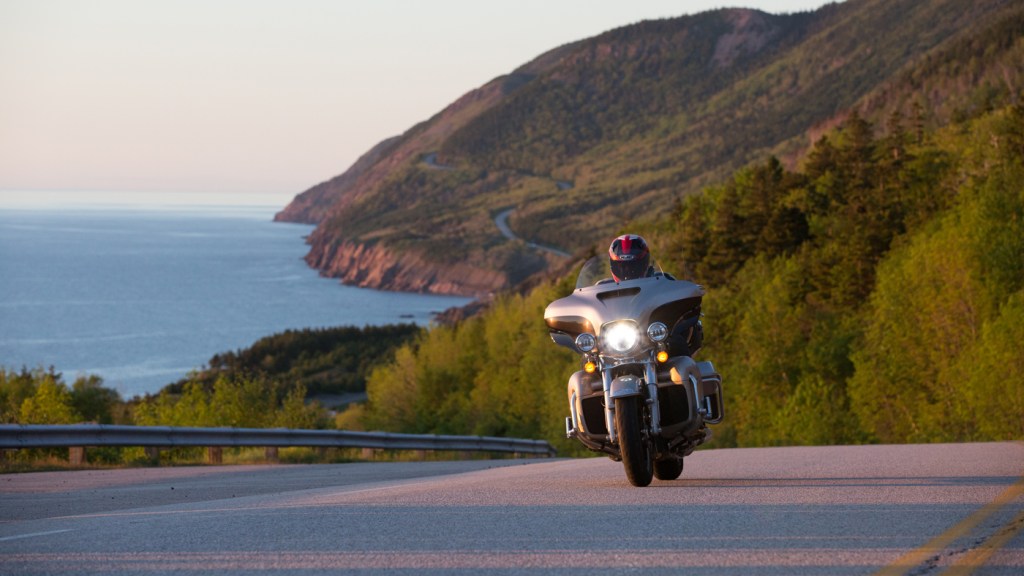 Situated on the extreme eastern edge of Canada is Cape Breton, an island in the province of Nova Scotia. Connected to mainland Canada via the Canso Causeway (built in 1955), Cape Breton is home to a very special motorcycling mecca: the Cabot Trail.

Originally built in the early 1930s, and with a major renovation in the early 1950s, the Cabot Trail has become a biker-friendly destination—not only in terms of riding and scenery but in accommodations, eateries, and breweries, as well. The Cabot Trail is 185 miles in length and loops the northern tip of the island, passing through Cape Breton Highlands National Park. A host of other roads entwine the island, providing for several days’ worth of exploring on two wheels. But without question, the prized gem is the Cabot Trail, which traverses rugged coastline with expansive ocean views before turning inland toward the eastern coast.

The trail is pure motorcycling euphoria, with spirited twists and turns and room for meditative moments on a bike, as it meshes the joy of riding with dramatic scenery. One aspect of the Cabot Trail that has enormous value is the fact that you really can’t get lost. Just stay on the main road, and eventually you’ll end up more or less where you started.

The route is gaining popularity as one of the coveted motorcycle “must rides.” The roads here take riders through quaint villages and townships dotted with brightly colored cottages set off against the rocky and grassy landscapes. Idyllic fishing villages with small harbors are everywhere, as are lobster boats trolling the waters to retrieve their catch. Plenty of small pubs and cafés line the way, with many offering live music in the spirited, fiddle-driven Gaelic genre, which was introduced to the island by Scottish immigrants. This musical tradition is well preserved on the island, with Cape Breton boasting the largest number of fiddlers per capita anywhere in the world.

After the Second World War, when motorized travel started growing in popularity, the Cabot Trail earned kudos as a vacation spot for Canadians and Americans alike. The motorcycling season on Cape Breton is short, the warm weather not arriving until mid-June, with July and August providing excellent riding and plenty of sun with relatively dry days. September ushers in a gradual return to the northern region’s cold and wet conditions.

To get more details (and perhaps secure the services of a personal guide) contact Daniel Ross, a Nova Scotia native and avid motorcyclist who is the “go-to” biker on Cape Breton.