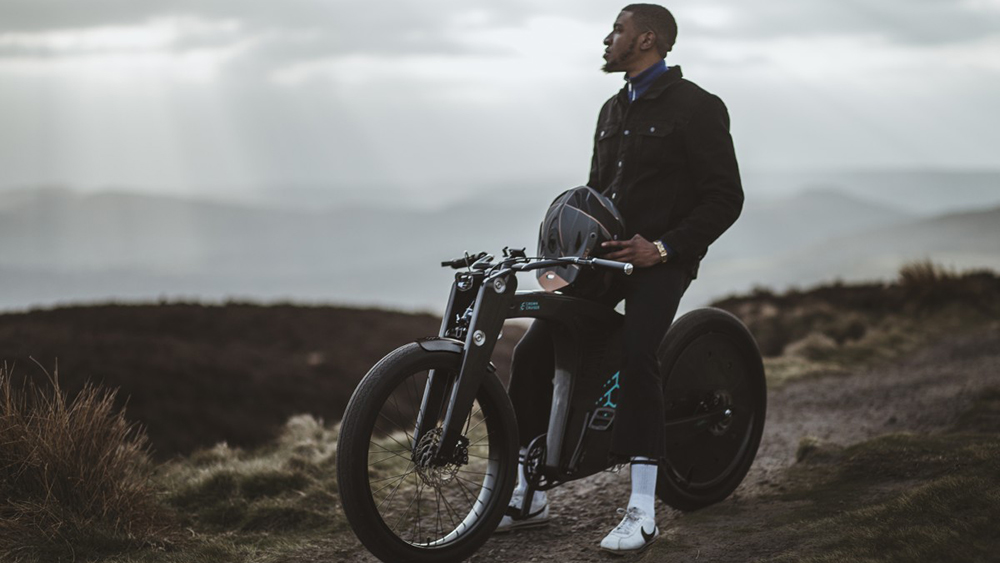 The CrownCruiser certainly lives up to its name. The new electric bicycle concept pairs the spirit of British racing with next-gen technology to give riders a royally good cruising experience.

The brainchild of a team of British engineers, the innovative e-cruiser is fitted with a powerful electric motor that, quite literally, does the leg work for you. This means you can coast silently and sustainably without needing to pedal or change gears.

The bike is built around a svelte yet sturdy monocoque carbon-fiber frame that’s more than 60 times stronger than steel and 40 percent lighter than aluminum. It sports a RockShox front girder suspension with lockout and damping control to deliver the best possible riding experience on any terrain.

The bike has a top speed of 31 mph.  CrownCruiser

“It owns the road like a motorbike, rips the trails like a mountain bike and has all the features of a high-performance eBike,” the startup says on its website.

As for power, the two-wheeler is fitted with a rear hub 750-watt motor that can churn out 1,000 watts. This gives the CrownCruiser an estimated top speed of 31 mph (50km/h). The battery, meanwhile, offers up to 100 miles (160 km) of range when traveling at 15 mph, so you could theoretically ride from New York to the Hamptons without breaking a sweat.

The battery offers a range of 100 miles.  CrownCruiser

Hand-assembled by British engineers, the CrownCruiser can also be tailored to each rider’s taste. There are five different colors to choose from, plus three unique wrap designs; the black with blue accents is particularly striking. You can also pick specific colors for the side grills and wheel rims.

Naturally, the smart bike also connects to an app via integrated Bluetooth to give those in the saddle access to GPS and riding data.

You can monitor riding data via the app.  CrownCruiser

Although it’s still in the prototype stage, the CrownCruiser has already received more than $130,000 in crowdfunding from 47 investors. It’s also been backed by Her Majesty’s government and has been selected by the UK Research and Innovation Agency as the best solution for the new era of alternative transport.

If all goes according to plan, the CrownCruiser could ship as soon as November 2021. Stay tuned.